But there’s a growing sense that the incoming Joe Biden administration and Congress will need to continue to kick the debt can down the road and focus on spending more on stimulus in the midst of the coronavirus crisis.
The good news: borrowing money remains cheap. The yield on the US 10-year Treasury bond is currently just 0.94%. While that’s up significantly from lows of 0.39% in March when the pandemic first ground the United States economy to a halt, it is still extremely low by historical standards.

“An aggressive push for more infrastructure spending is expected. With rates where they are now, the burden on the debt is low,” said Joe Duran, head of Goldman Sachs Personal Financial Management, in an interview with CNN Business. 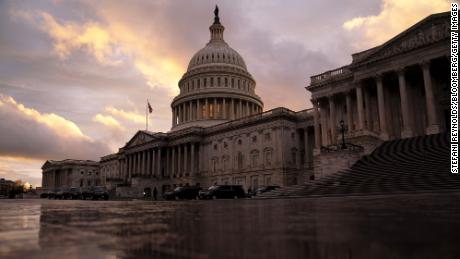 “Even if you have the 10-year at 0.9%, you can afford to have a massive deficit. Washington will spend more money,” Duran added.

And demand should remain strong for US Treasury bonds from foreign buyers, most notably the central banks of Japan and China. (Increased demand for bonds pushes their prices higher and their rates lower.)
Japan held nearly $1.3 trillion in US government bonds as of September while China had almost $1.1 trillion, according to data from the Treasury department.
“International capital is likely to continue growing in the coming decades, keeping interest rates low and insulating the domestic economy from the adverse consequences of government debt growth,” Jorge Barro, fellow in public finance at Rice University’s Baker Institute for Public Policy, said in a recent report
Barro noted that an aging (and wealthy) US population bodes well for bonds too. Retirees are more likely to keep buying Treasuries in order to safeguard their portfolios.
That’s yet another reason politicians may not have to worry as much about adding to the debt load. It’s unlikely that interest payments will rise dramatically anytime soon.
“If age demographics are driving the decline in interest rates, then population projections suggest the trend will continue,” Barro wrote. “If this results in persistent interest rate declines, then the government can continue to grow debt while potentially sustaining low interest payments.” 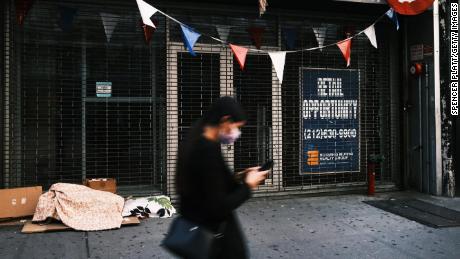 With all that in mind, “higher debt loads are likely manageable in the near and intermediate term,” said Kelly Bogdanova, vice president and portfolio analyst at RBC Wealth Management, in a report this month.
“The pandemic seems to have led to a greater acceptance of high debt loads in the financial community and among government officials in the wake of the pandemic crisis,” she said.

Democrats in Congress, particularly those in the more progressive wing, will probably pressure Biden to spend more on social programs to try to get out of this Covid-19 induced recession.
“The American people are often fooled into getting confused about government deficits. The word itself sounds like a problem,” Stephanie Kelton, professor of economics and public policy at Stony Brook University and an adviser to Sen. Bernie Sanders, said in a debate produced by Intelligence Squared U.S. on Friday.
Kelton argued that the government has to spend more to help Americans who are out of work as a result of business shutdowns and lockdown measures from local and state governments.
But Washington will eventually need to deal with the mounting debt load. Even if short-term stimulus takes precedence now, Washington can’t put off trying to get the budget under control indefinitely without suffering consequences.
“At a minimum, high debt levels, while sustainable for the time being in most advanced economies, will eventually restrict governments’ budgetary flexibility and are likely to result in higher tax rates,” Bogdanova added.

Ottmar Issing, former chief economist at the European Central Bank, was even more blunt.
“Without constraints, public spending will run out of control,” Issing said at the Intelligence Squared U.S. debate. “Expecting public politicians to resist the temptation of free public spending is like expecting a dog to sit disciplined before a box of sausages.”
Source: Read Full Article