London (CNN Business)OPEC will meet on Monday with Russia and other oil producers in the hope of agreeing supply cuts and ending a brutal price war.

The meeting, called by Saudi Arabia, will be held via video conference and will include oil producers from outside the OPEC+ alliance that includes Russia and a few other countries, two senior sources at the OPEC secretariat told CNN Business. The final list of invitees has not yet been set, they said. 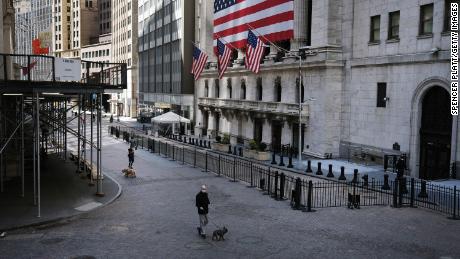 The United States, United Kingdom, Canada and Mexico could be invited, according to reports.

The meeting comes after President Donald Trump suggested that massive production cuts could be on the way and Saudi Arabia called for an “urgent” effort to restore “balance” to the oil market.
US oil prices soared 25% — their biggest one-day gain on record — on Thursday after Trump tweeted that he hopes and expects Saudi Arabia and Russia will slash output by between 10 million and 15 million barrels per day.

Prices continued to advance Friday, recovering some of the massive plunge seen over the past month. Brent crude futures, the world’s benchmark, were trading more than 6% higher at $31.56 a barrel.
Saudi Arabia and Russia have been locked in an epic price war since early March when the OPEC+ alliance cracked, flooding the oil market with cheap crude just as demand craters because of the coronavirus pandemic. Crude had crashed to 18-year lows, crushing American oil companies and energy stocks.
Russia and Saudi Arabia started the feud when the coronavirus was thought to be a “brief health scare,” Stephen Innes, chief global markets strategist at AxiCorp said in a note. Now that it is morphing into one of the most severe hits to the economy since the Great Depression, “there’s going to be a change of heart,” he added.

While news of the meeting will support oil prices, likely averting a slide to single-digits and easing the huge pressure on storage facilities, “whatever cuts are agreed will not be sufficient to address the near/medium term oversupply,” Innes said.
— Matt Egan contributed reporting
Source: Read Full Article