Dow Inc.’s Michigan Operations has activated its emergency center “and will be adjusting operations as a result of current flood stage conditions,” the company said after two dams failed upstream of its Midland, Michigan, headquarters.

Michigan Governor Gretchen Whitmer, who is already managing a public health crisis in one of the states that has been hard hit by Covid-19, announced an emergency declaration in response to the dam collapse. She told people to evacuate the area around Midland, urging those in the flooding zones to get to a shelter.

“In the next 12 to 15 hours, downtown Midland could be under nine feet of water,” Whitmer said. “To go through this in the midst of a global pandemic is almost unthinkable.” 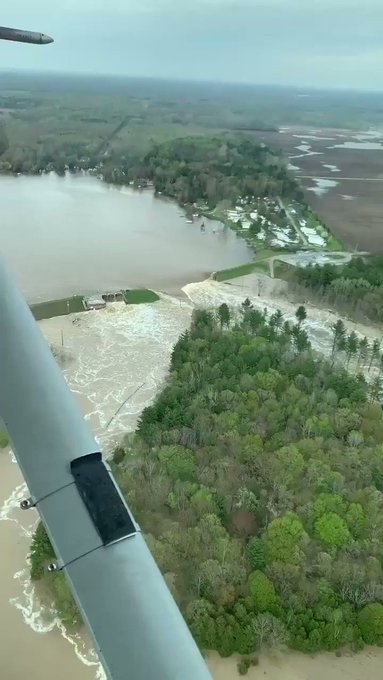 Other companies with operations at Dow’s Midland complex includeDuPont andCorteva Agriscience. The companies are working together on their response, a Dow spokesperson said.

The Edenville Dam, at the base of nearby Wixom Lake, failed amid high floodwaters in the area, sending water gushing through a now-gaping hole near its spillway. A second one, the Sanford Dam at the base of Sanford Lake, had also failed, according to the National Weather Service, whichissued an alert advising of “extremely dangerous flash flooding” in the area.

The Tittabawassee River that flows below those lakes, through Midland, crested at nearly 34 feet in a1986 flood that saw Dow Chemical shutter nearly all of its local operations. Floodwaters in Midland are expected to reach nearly 4 feet higher than that on Wednesday,the local newspaper said.

— With assistance by Jeff Green