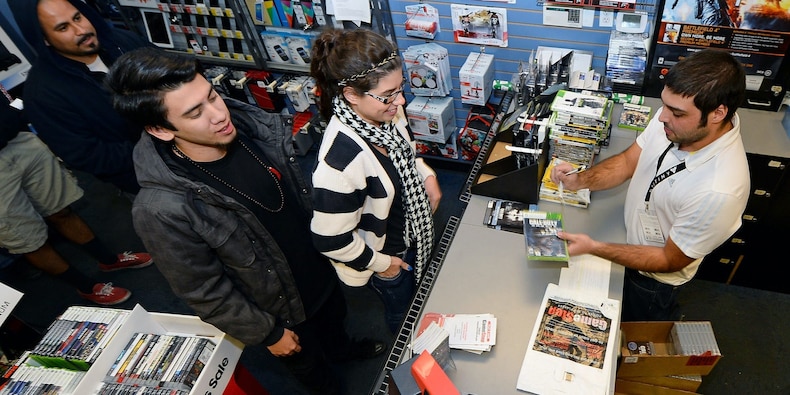 GameStop shares dropped sharply Monday after the video game retailer said it may sell up to 3.5 million additional shares to raise funds to support its turnaround strategy.

The company filed a plan with the Securities and Exchange Commission under which it may offer and sell common stock from time to time through an "at-the-market" equity offering program. GameStop said it would not sell more than 3.5 million shares and aggregate gross proceeds will not exceed $1 billion.

Shares of GameStop dropped by as much as 18% in early trading to $157 each, then pared the loss to 13%. The shares, which are often volatile and popular with retail investors active on Reddit's Wall Street Bets community, have skyrocketed this year, starting from nearly $19.

Jefferies is serving as the sales agent, according to the filing. GameStop said it aims to use the net proceeds from any of the stock sales "to further accelerate its transformation as well as for general corporate purposes and further strengthening its balance sheet."

The company recently said Ryan Cohen, GameStop's largest individual shareholder and co-founder of pet products retailer Chewy, will lead a committee focused on turning around the retailer. Cohen has already overseen changes to the company's executive suite and wants GameStop to focus on e-commerce over brick-and-retail stores.

Separately on Monday, GameStop said preliminary global sales during the first nine weeks of fiscal 2021 increased by about 11% from the period a year earlier.

It said its operations across 14 countries were hurt by temporary store closures and other government-mandated restrictions because of the COVID-19 pandemic. Operations were limited primarily in Europe, "and the company operated with an approximately 13% decrease in the store base due to its strategic store optimization efforts."