The company raised a $3.4 million Series A round in March, which funded the launch. KOALA got the funding just as the coronavirus pandemic shut down much of the world's economy, and was led by real estate investors Ira Lubert and Dean Adler, the founders of private equity real estate fund Lubert-Adler.

Timeshares, which launched in the United States in the 1970s, are residential-style vacation units that are owned by a group of people, providing them each with a set period of time to use the property. If they're unable to use it, they still have to pay a yearly fee for the property.

Timeshares can be listed on Airbnb, VRBO, and other sites, but their complexities make it challenging. Timeshare by-laws, which vary from resort to resort, can have drastically different rules for renting which can cause headaches for an Airbnb guest. Koala works with timeshare resorts as well as the owners to make sure guests are able to check-in without issues.

Guests can only book for the whole duration of the timeshare, instead of picking and choosing for smaller stays, like they're able to do on Airbnb.

Read more: Hotel lenders are racing to dump risky loans as the hospitality industry nears a breaking point, with defaults stacking up and high-profile properties starting to shutter

Koala's platform allows these timeshare users to list their properties when they can't use them and doesn't require an annual fee, instead charging owners an 8% commission only for successful, non-canceled bookings. They also provide $1 million in host insurance.

The timeshare industry has been growing apace with the larger travel economy and saw its 10th straight year of increased sales in 2019, with $10.5 billion in total sales according to a report conducted by Ernst & Young for the American Resort Development Association, the timeshare trade group. While the industry has a reputation for attracting older travelers, the median age of timeshare owners is 44, and Koala's digital marketplace hopes to attract more young people to timeshares.

Kennedy and Burbridge aren't the only entrepreneurs in 2020 looking to update the timeshare industry. Pacaso, founded by Zillow co-founder and decade-long CEO Spencer Rascoff and real-estate transaction software company dotloop founder and CEO Austin Allison, sells shares in single-family homes that allow multiple people to co-own the home. Instead of buying the rights to use a property for a week or two a year, Pacaso users actually have a stake in the home, and book time through the company.

Read more: The short-term rental market is consolidating in big cities as demand surges in rural areas. Here's how startups like Sonder are taking advantage of the shakeout.

The pandemic has stifled travel in 2020, causing some travel startups like HelloAlfred to close their doors for good. Koala's asset-light marketplace model prevents it from some of the high costs of other startups, and Kennedy predicts that verified, professionally-managed and cleaned properties could see a boost as people return to travel with higher standards for cleanliness.

Koala shared its Series A pitch deck with Business Insider, giving an inside look at how the company was able to raise money to bring a digital marketplace to the timeshare world. 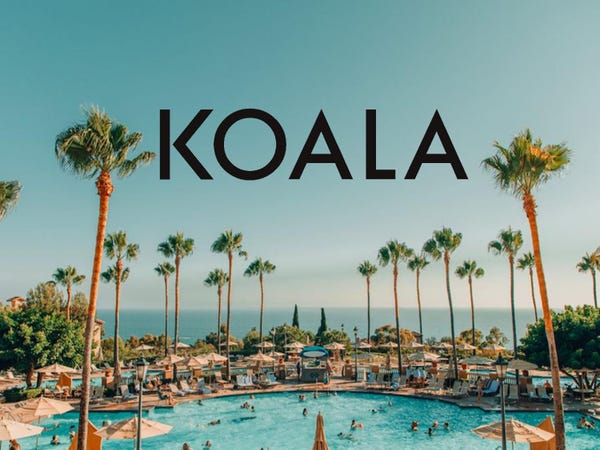 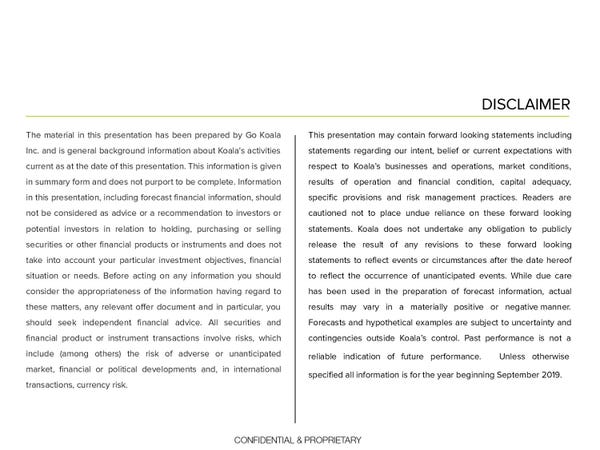 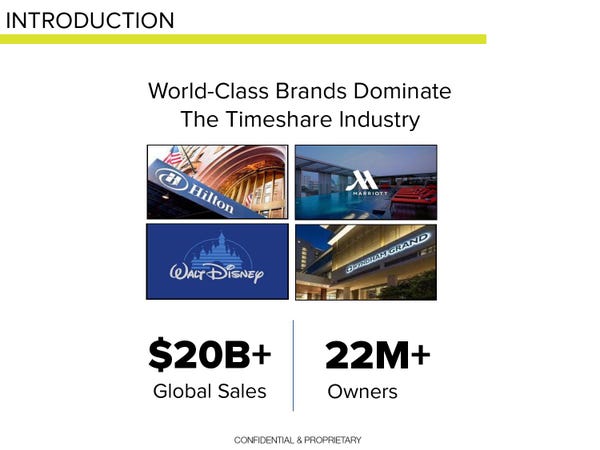 Timeshares are a huge slice of the growing travel industry. 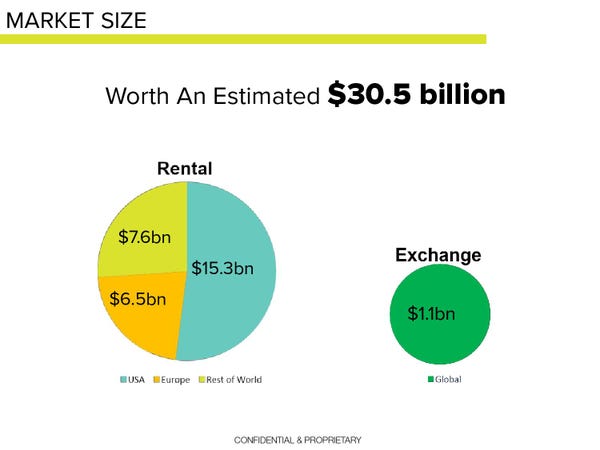 The timeshare industry is notorious for its high fees and is not necessarily appealing to younger travelers. 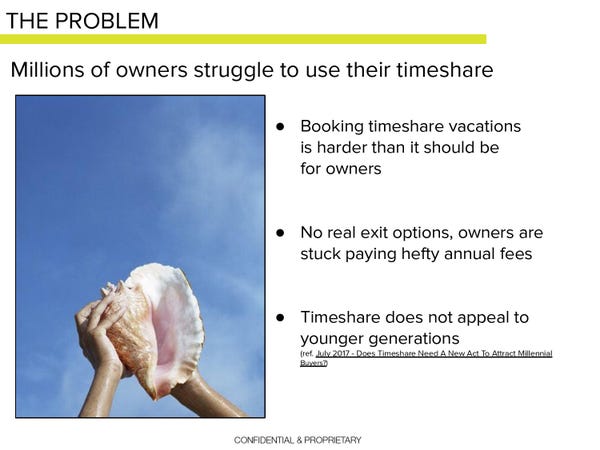 KOALA was founded to soften the rough edges of the timeshare industry and make it attractive to a younger audience. 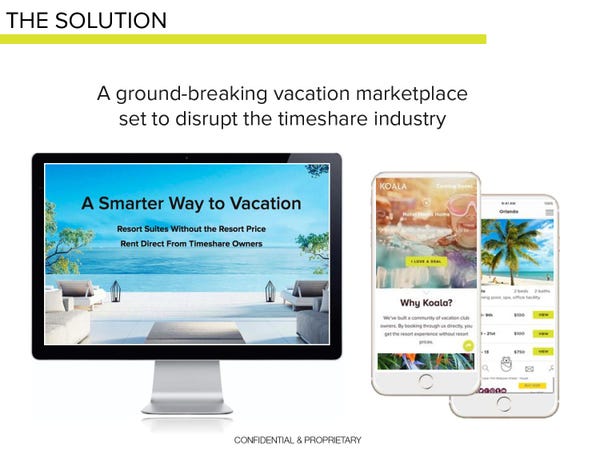 Timeshares got off the ground in US in the 1970s, and haven't changed much since. 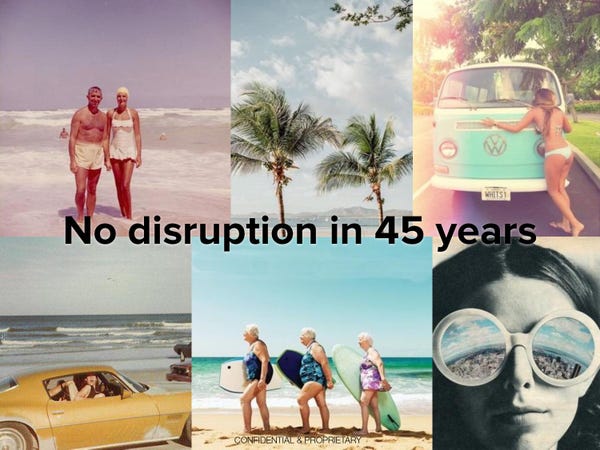 The company outlines its mission on this page. CEO Kennedy spent ten years in sales in Hilton's timeshare business. 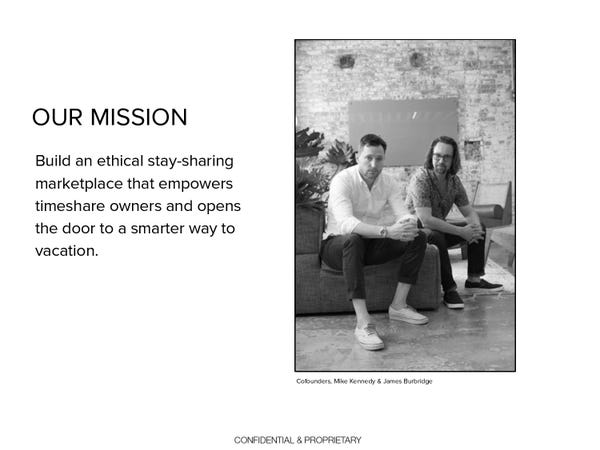 This slide outlines the company's two-phase plan. The first phase is building the company's marketplace. The second remains unconfirmed. 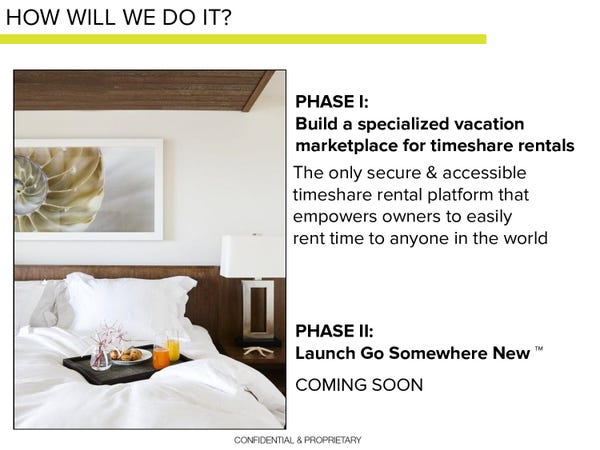 This side shows Koala's competitors and gives a sense of the total addressable market share. 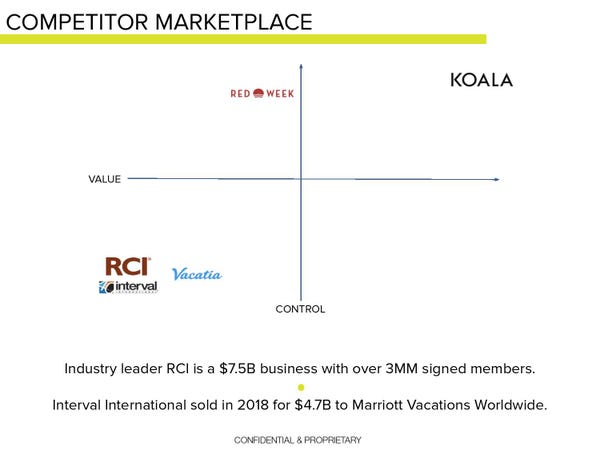 Koala is searching for advantages against competitors through its technology and its access to a more reliable, consistent stock of short-term rental inventory. 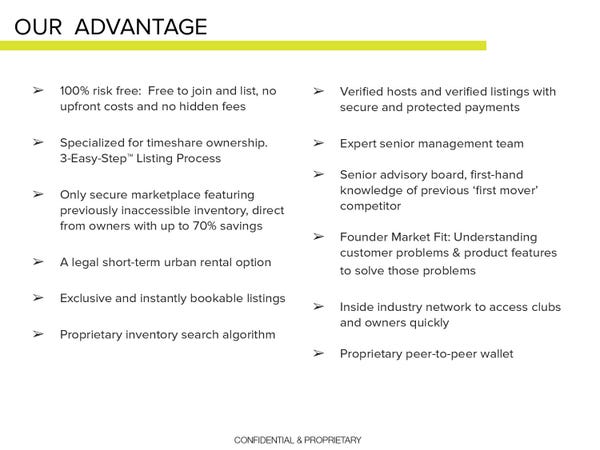 This slide highlights the lower cost through Koala versus Airbnb and a typical hotel rental. 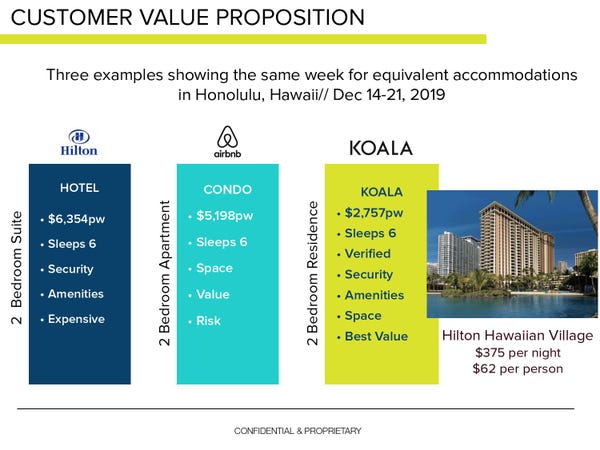 Koala's management team has a mix of technology and hospitality experience. 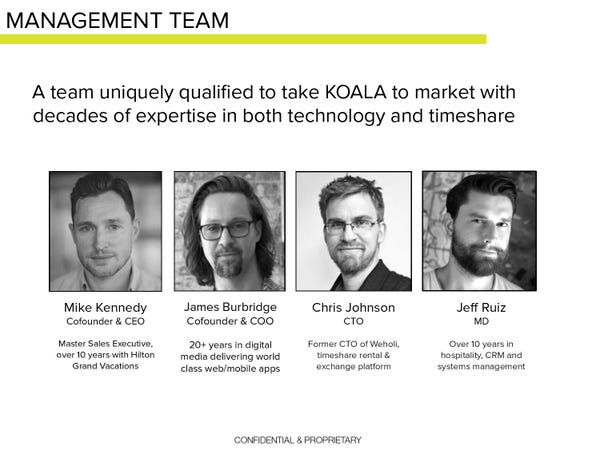 The company has also consulted with a range of founders, investors, and other professionals. 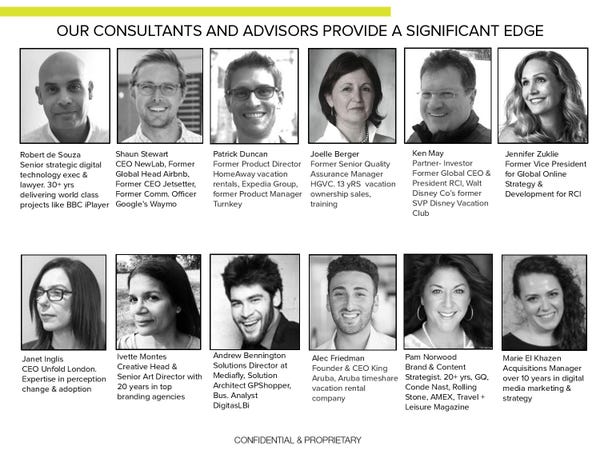 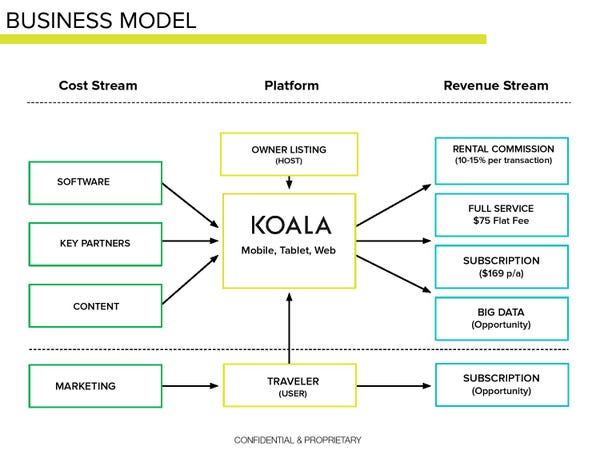 The company fundraised off of its beta test earlier this year. The platform launched when it announced its first round of funding in August. 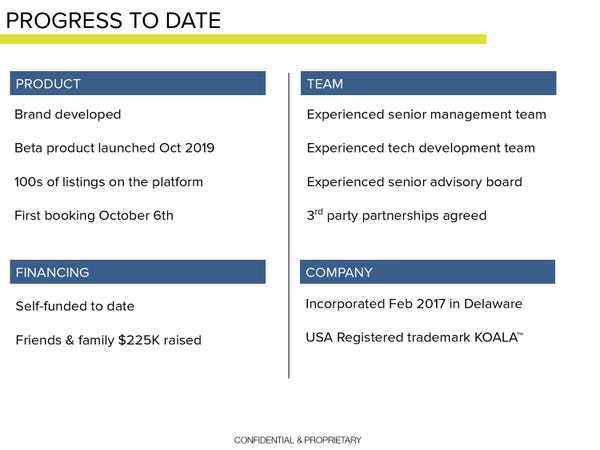 Koala also explained how it planned to spend its fundraise. 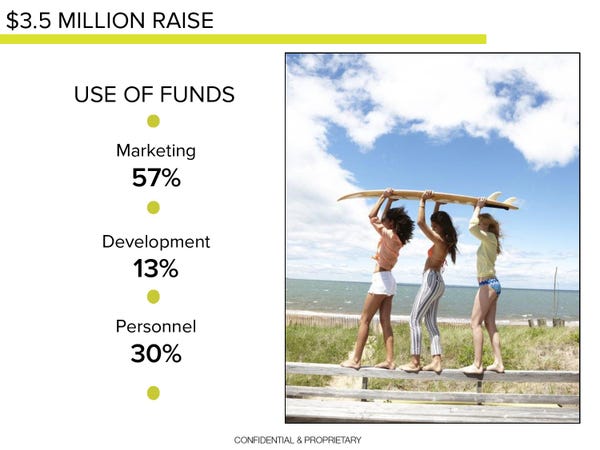 While the key is redacted, this sign shows potential traction for the marketplace. 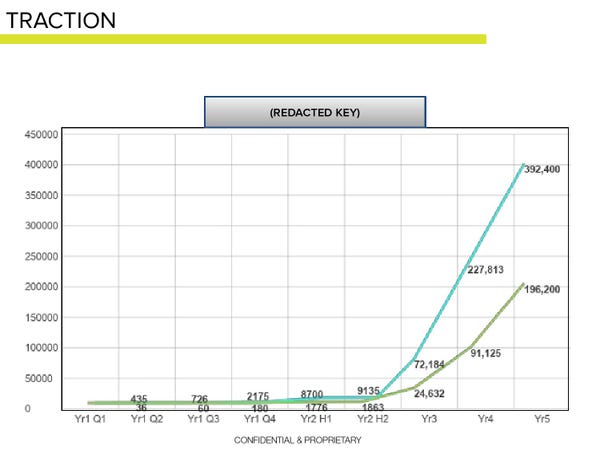 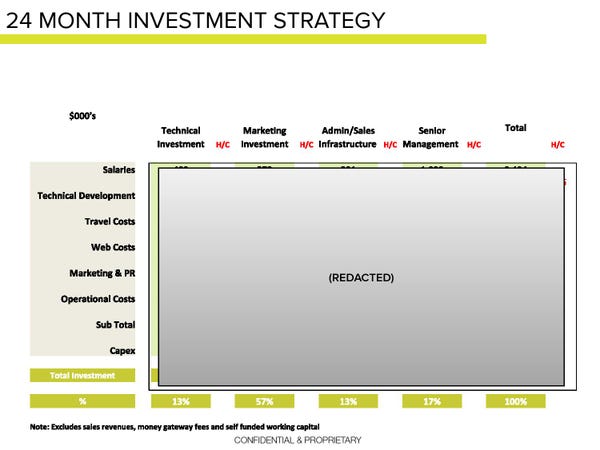 Here, Koala redacted the numbers behind its five-year business plan. 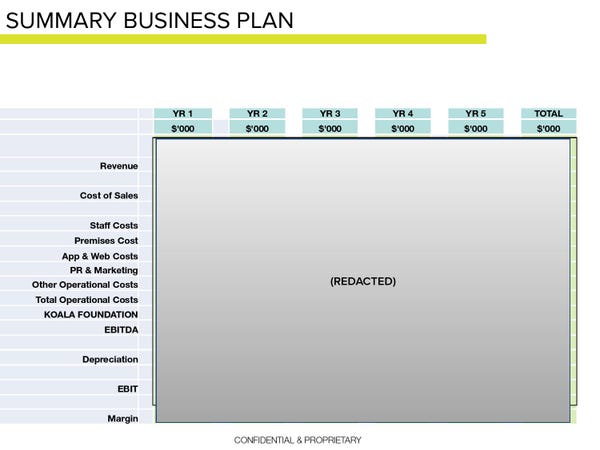 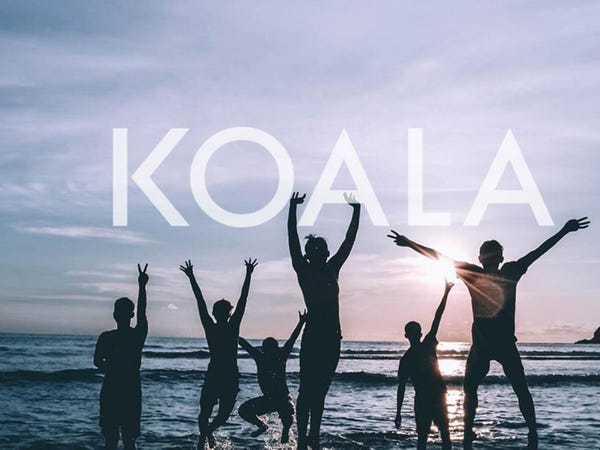