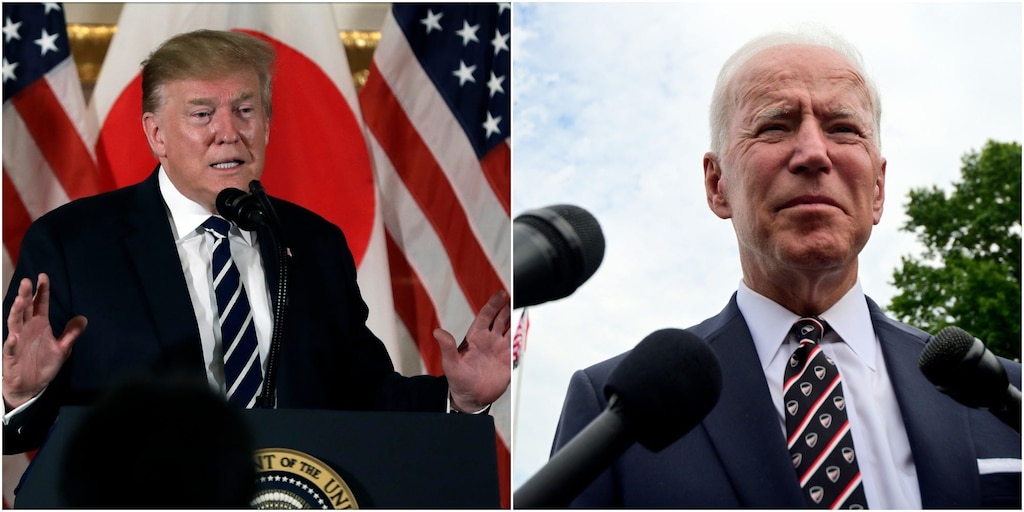 As the US elections draw closer, investors have grown concerned by the potential implications of what a Republican or Democratic win could entail.

In its September 1 report, UBS highlights that while most national elections are not global events, the US election is one exception.

The presidential election is particularly relevant to Europe via two main channels: trade (as the US accounts for about 14% of all euro area exports) and foreign policy, UBS said.

Regardless of whether Donald Trump, or Joe Biden, win the White House, UBS believes there will be only a modest rise in interest rates and inflation expectations, as both will remain “very low” for several years.

The overall impact on the European equity market is expected to be measured, but the bank outlined some marked differences in the type of impact that could follow.

Under a Donald Trump reelection

Energy stocks, automation, and robotics are expected to emerge as relative winners. Energy stands to gain the most, while the auto sector would be the “biggest loser.”

In terms of foreign policy and trade, deregulation would imply an environment of neutral growth with a high level of uncertainty.

Geopolitical tensions could rise alongside a disintegration of trade relations. Current interest rates and inflation levels can be expected to persist, UBS said.

US-EU trade tensions are expected to carry on, but increased tariffs are unlikely in the near term. Digital tax, imposed on digital business activities, could be adopted unilaterally by Europe.

Continued pressure by Washington on the EU to support NATO, and a further fragmentation in global trade is possible.

In terms of engagement with China, the US administration could be less willing to work with Europe.

A “red wave” scenario would be better for the US dollar as Trump policies — including a significant stimulus program, repatriation of foreign earnings, and deregulation of industries — spell out advantages for the greenback.

Another factor upholding the dollar is the levy of tariffs and trade barriers that lowered the margins of foreign producers, which a stronger dollar compensated for. 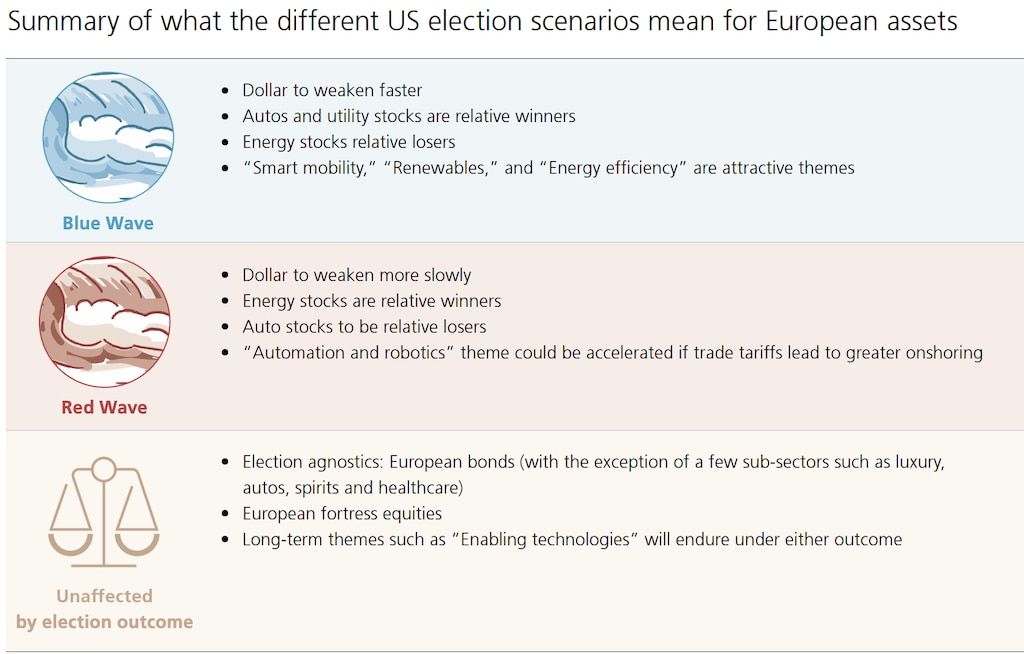 Under a decisive Joe Biden win

Autos, utilities, and sectors such as smart mobility, renewables, and energy efficiency would be relative winners.

Other predictions include an easing out of US-Europe trade tensions, threats to the auto industry could subside, and steel tariffs could be reversed.

Any rapid progress towards a US-EU trade deal is more unlikely in comparison to a US-UK one. A multilateral approach to global affairs, especially in matters concerning NATO, the World Trade Organization and the issue of digital taxes is probable.

UBS expects the US dollar to continue to weaken against the euro, and at a faster rate under a Democratic outcome. This is especially so because the dollar is strongly overvalued against the euro and the pound under Trump’s current policy mix.

Investor uncertainty could arise alongside a rollback of Trump’s stimulus packages, and new policies could imply less in the way of financial support for the economy.

In the run-up to the vote, healthcare could suffer from bipartisan drug pricing but could see a “relief rally” afterwards, UBS said.