Papa John's International, Inc. (PZZA) shares rose more than 6% during Tuesday's session after the company reported preliminary first quarter comparable sales that rose 5.3% in North America and 2.3% in international markets. While sales were adversely affected by the cancellation of large gatherings, international and domestic businesses have fared well as customers and communities rely on the food delivery industry.

In addition to the sales outlook, the company said that it has implemented extra health and safety measures across its business, such as no-contact delivery. These measures have enabled Papa John's to remain "nearly fully operational" in North America, although in some international markets, its restaurants have been temporarily closed.

The company also said that it has a $350 million credit facility available if needed. However, Papa John's announced that it would withdraw its fiscal 2020 outlook given the uncertainties surrounding the COVID-19 outbreak. 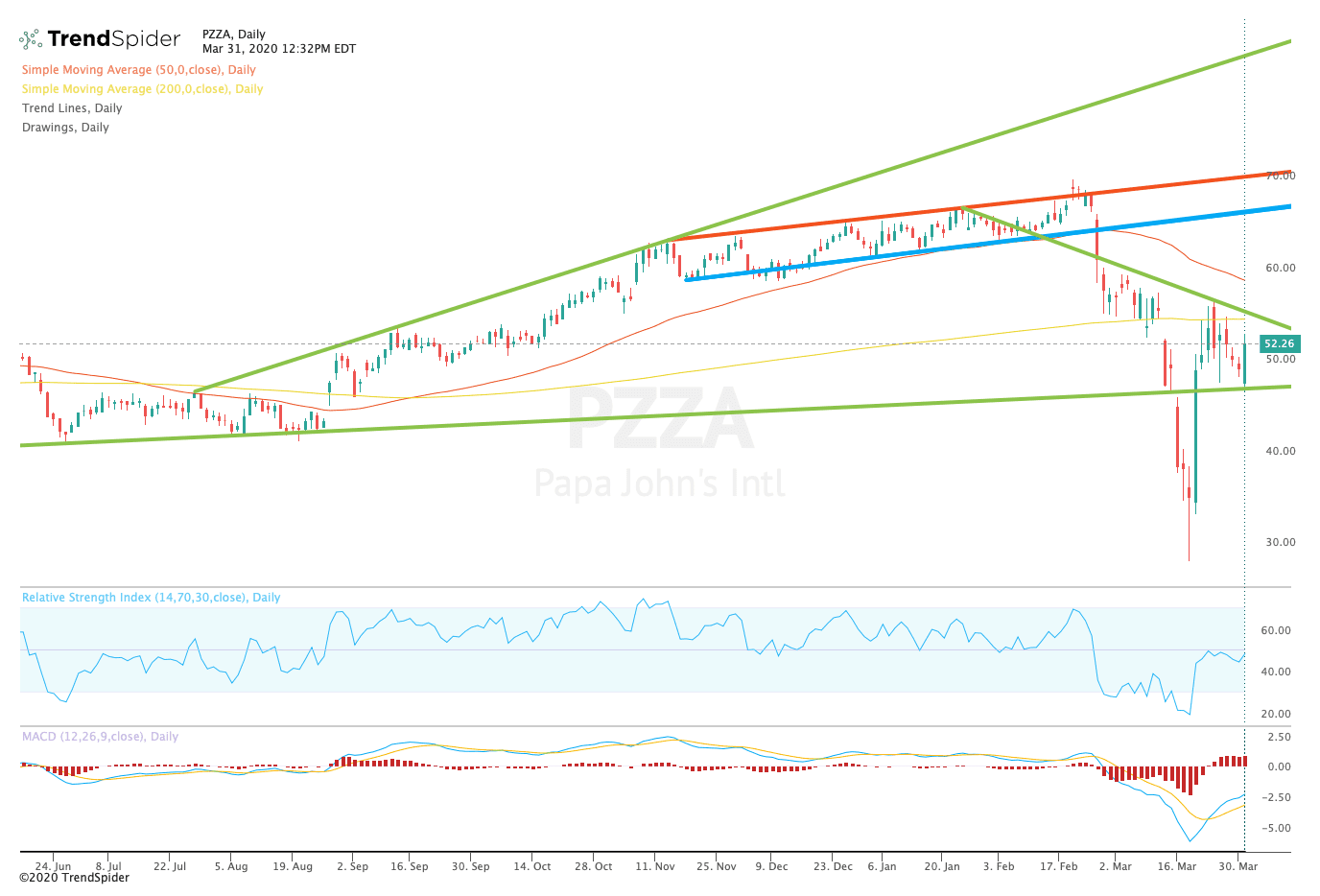 From a technical standpoint, the stock rose more than 6% and began a bullish engulfing pattern during Tuesday's session. The relative strength index (RSI) remains at neutral levels with a reading of 48.78, but the moving average convergence divergence (MACD) experienced a bullish crossover. These indicators suggest that the stock has room to run over the coming sessions if it breaks out from key resistance levels.

The author holds no position in the stock(s) mentioned except through passively managed index funds.