The Prime Minister hailed “signs of strength” in the country’s financial fortunes after the Bank of England said the impact of the coronavirus crash may not be as bad as feared. But he warned that getting workers back at their desks and reopening schools will be crucial in securing the UK’s revival. Employees who have been based at home during the crisis were encouraged to return to their workplaces from Monday but many are continuing to work remotely.

Mr Johnson said: “We are seeing some real signs of strength in the UK economy.

“But unquestionably it will require people to have the confidence to go back to work in a Covid-secure way,” he continued.

“That will be also very, very important for getting our economy overall moving again.”

The Bank of England has said it expects the downturn in the UK economy to be less severe than first feared.

It offers fresh hope that there is a brighter outlook on the horizon for millions of struggling firms and workers if they can weather the current storm. 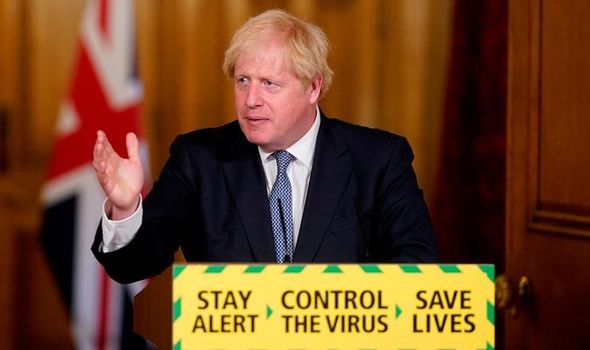 Looser lockdown restrictions and a “more rapid” pick-up in consumer spending meant the economy bounced-back earlier than the Bank had assumed in May.

It now expects the UK’s GDP to shrink by 9.5 percent by the end of this year – a much smaller decline than the 14 percent that had previously been predicted.

“We have had a strong recovery in the last few months. The pace puts the economy ahead of where we thought it would be in May,” he said.

But he cautioned of “hard yards” to come, and said the Bank was ready to give more stimulus if needed.

The governor said the economy is “recovering”, but stressed that the progress has been “uneven”.

Mr Bailey said the government was right to phase out the furlough scheme so workers were not being kept in unproductive jobs.

“It’s been a very successful scheme, but he’s right to say we have to look forward now,” he said. “I don’t think we should be locking the economy down in a state that it pre-existed in.”

Fiona Cincotta, analyst at Gain Capital, said: “The Bank of England was considerably more upbeat about the recovery than had been expected.

“Upwardly revised growth forecasts, a more rapid recovery than initially feared and no tilting towards negative rates at this time has sent sterling surging towards 1.32 US dollars.”

Rain Newton-Smith, CBI chief economist, said: “Despite early signs of a recovery gathering pace, downside risks to the outlook are still looming large, so a ‘wait and see’ approach seems like the right one at present.”

Mike Cherry, Federation of Small Businesses national chairman, said the forecasts were “more positive” than a few months back but the country is still facing a major slump.

He added: “It increasingly feels like we’re looking at more of a Nike swoosh-shaped, rather than V-shaped, recovery. With that in mind, policymakers should be alive to the fact that pulling up the business support drawbridge too quickly could decimate our economy for years to come.

“The job retention scheme has worked – its future now needs to be considered exceptionally carefully, particularly with local lockdowns a fact of life for many small firms.”

The Bank’s more positive outlook is backed up by the most recent Office for National Statistics data which showed the retail industry grew by 12 percent in May.

It also showed the all-important services sector grew by 0.9 percent in May, while manufacturing rose 8.4 percent.

Economists yesterday reported growth in construction for the second month in a row in July at the steepest level since October 2015.

Firms said it was driven by the release of pent-up demand and reduced anxiety among customers. 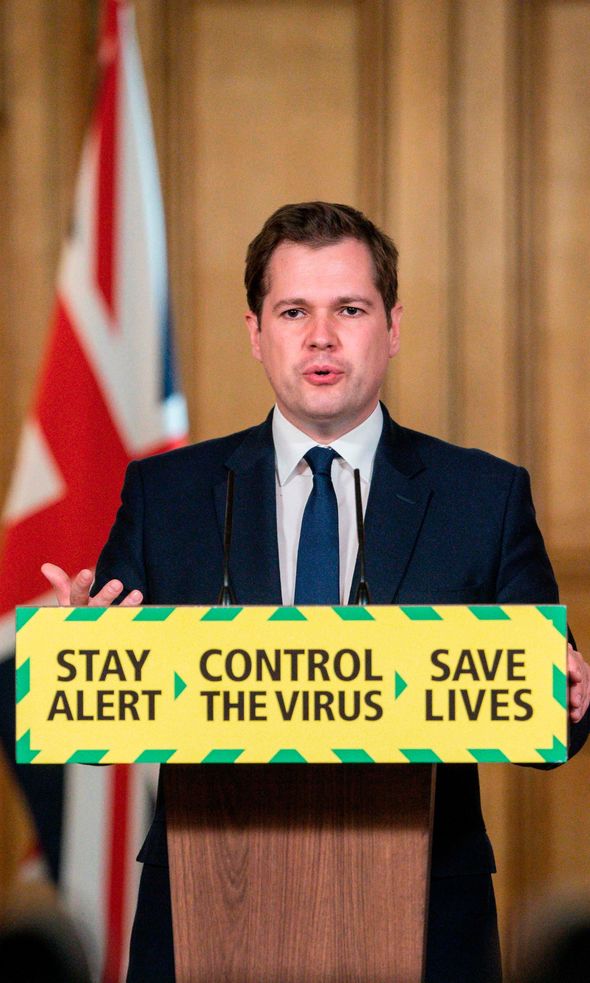 Tim Moore, economics director at IHS Markit, said: “Construction companies took another stride along the path to recovery in July as a rebound in house building helped to deliver the strongest overall growth across the sector for nearly five years.”

Economists expect growth to accelerate through the summer months as more restrictions are released.

Millions of Britons are also taking staycations in the UK this year in a much-needed tonic for local economies.

Housing Secretary Robert Jenrick urged people to “get out” and support local businesses in the cities if they want to prevent further job losses, particularly in the major cities.

“I am very concerned about London and city centres,” he said.

Mr Jenrick said people are starting to go back into town centres and are using local shops in villages and rural areas.

“Shops and the hospitality industry are going to great lengths to make sure that they’re following social distancing guidelines and those of us that can do so need to get out and support them now or else we will see, I’m afraid, further job losses and a loss of some of those fantastic businesses that we see in our cities.”