New York City’s property market has wallowed in a serious slump for the past year, but Danielle Naftali is defying the naysayers by selling multimillion-dollar apartments there anyway.

Naftali, 27, stands to take over the real-estate empire her father Miki — known for redeveloping the city’s storied Plaza hotel — started building in 2011. Now the family development company, Naftali Group, owns and manages over $9 billion worth of luxury residential and commercial properties in New York, California, and Singapore.

From starting out working the reception desk, Naftali now leads the firm’s efforts to decorate and sell their lavish newly built or under-construction apartments as the executive vice president of marketing and design.

Though she oversees the firm’s multifamily portfolio in Brooklyn and Manhattan, her current focus is an under-construction luxury condo on Manhattan’s Upper East Side. Dubbed The Benson after Naftali’s grandfather, she and her father launched sales of its 15 spacious apartments in September with asking prices from $13 million.

You’d think it’d be a hard sell, given the prevailing “New York is dead” narrative. It’s true that, early in the pandemic, wealthy people fled the Big Apple for suburban havens like southern Connecticut and Westchester and seasonal vacation hot spots like the Hamptons. About 5% of the city’s population of 8.4 million left between March 1 and May 1, with wealthy neighborhoods including the Upper East Side hemorrhaging at least 40% of their residential populations. In the last week of March 2020, Manhattan’s luxury market saw just two sales, the lowest number of weekly sales in over a decade. 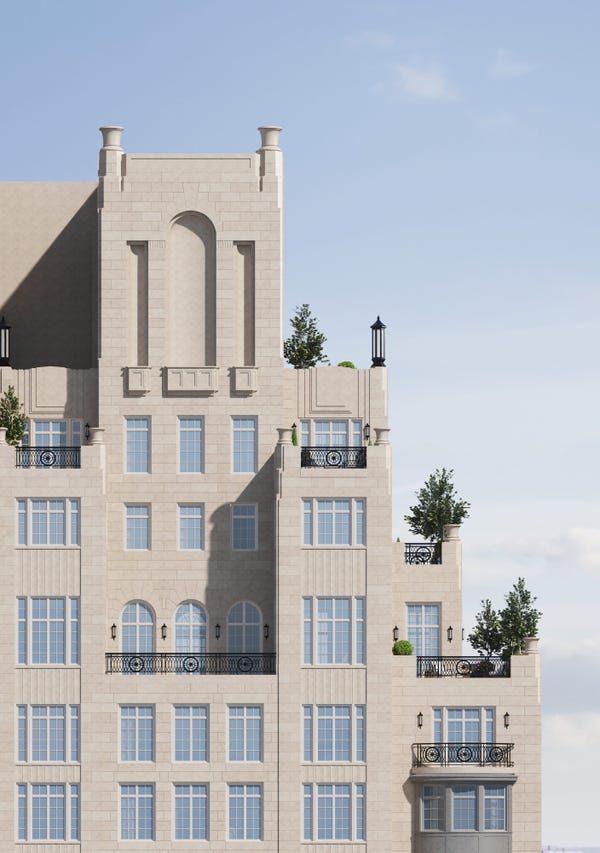 But a year has passed, and Bloomberg recently reported that “Wall Street A-listers” are eyeing returns.” Another sign of optimism: Broker Donna Olshan’s long-running weekly report, which tracks luxury sales, has logged six successive weeks in which 30 or more contracts were been signed for units $4 million or more (Olshan’s definition of luxury).

The perhaps surprising appetite for high-end apartments even as the city recovers is playing out in front of Naftali, who has helped put 13 out of the Benson’s 15 units in contract along with Alexa Lambert of Compass. (Closings can’t occur until the building is nearly complete this fall.)

What’s more, the 19-story building’s trophy penthouse scored a buyer from California who was willing to pay its full asking price — a whopping $35 million — in November, without ever setting foot in New York in person. Presuming the deal closes as planned, it will be one of the priciest apartments sold during the pandemic — and Naftali’s own biggest sale to date.

The heiress told Insider about how she is luring buyers to Manhattan despite the tough times, why she enlisted Jerry Seinfeld to help promote the condo’s apartments, and whether she will follow in her father’s footsteps to lead the firm.

Marketing a building, Naftali explained to Insider, includes coming up with sales strategies specific to its location, local demand, and the time of year. Planning for The Benson started years before the coronavirus, and Naftali group delayed launching sales until six months after New York shut down.

The pandemic has New Yorkers to covet more indoor square footage (for room to work and learn from home) and private outdoor space (for hosting social gatherings en plein air).

“You’re seeing people who want to be really comfortable in the city and really have space,” Eric Brown, a high-end real estate agent in New York City, told Insider in September. “Now, obviously, that’s a luxury, and people who can swing it are attempting to.”

The Benson, Naftali said, was already designed to include these features, and others buyers are currently seeking that prioritize privacy and comfort. 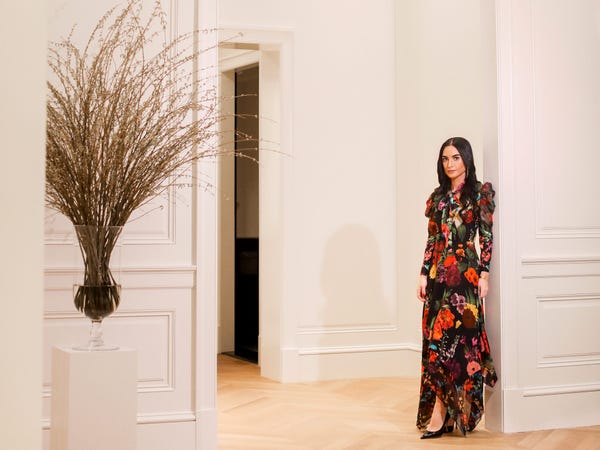 The Benson’s apartments have a classic look — just check out that crown molding, and there are fireplaces, too — paired with modern luxuries, like bathrooms with radiant-heated floors. Private elevator landings for each apartment further minimize contact with neighbors.

Communal amenities are bound to be less crowded since they’re being shared by residents of only 15 apartments: the rooftop lounge with Central Park views and a fire pit, the movie theater, the spa with a sauna and steam rooms, the art studio, the wood-paneled library, the gym and a half basketball court. There is also a pet spa with a dog washing station, perfect for all those pandemic-acquired pups.

Because the building itself is under construction at 1045 Madison Ave. near the Metropolitan Museum of Art, Naftali takes prospective buyers on private, by-appointment-only tours of its sales gallery, a showroom in a satellite location with renderings, models, and physical snippets of the lobby, kitchens, and bedrooms.

On top of highlighting the sought-after amenities, Naftali has pivoted her marketing strategy toward the “New York Strong” crowd, people who continue to champion the city as a resilient community primed to bounce back from pandemic-era hardships.

In November, Jerry Seinfeld penned an op-ed titled “So You Think New York Is ‘Dead,'” providing a passionate defense of why the city will prevail despite the heavy hit its population, economy, and spirit weathered as a result of the coronavirus crisis. Naftali then secured Seinfeld’s approval to hang a giant billboard on the side of the under-construction Benson emblazoned with the New York Times piece’s headline and an inspirational quote about the unique greatness of the city.

While the billboard has since been taken down because the facade is going up, Naftali told Insider that she got a “crazy amount of requests and inquiries” from it. Seinfeld and his daughter even walked by the building to view it while being taped for PBS “News Hour.” 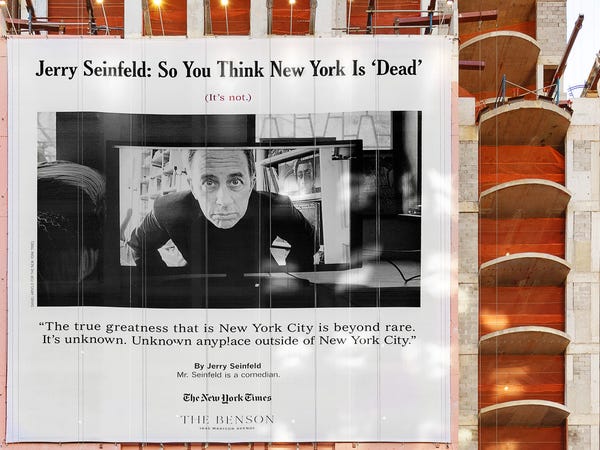 “For advertising, we’re always looking for unique and unconventional ways to advertise our projects,” Naftali said. “Our goal was to spread Jerry’s positive message and inspire New Yorkers to come together, and I think we achieved that.”

The road to the top

Naftali’s affection for real estate grew during her time studying at Syracuse University in upstate New York. She went on to intern as a rental properties associate at Manhattan-based brokerage Cantor & Pecorella, quickly becoming enamored with home decor and design.

She started out as a receptionist for Naftali Group in 2013. Then, after a three-year stint at companies not headed by her dad, she returned to the family company as a marketing assistant and was promoted to manager in 2016. Late last year, Naftali graduated from NYU with an MBA in real-estate development.

It is expected that Naftali will one day take over the family business, but the promotion is not guaranteed, she said. She told Insider she has “no clue” as to when her father, who is 57, is set to retire but is working to advance anyway.

“My dad said, ‘You will have to earn your position,” she said. “And every step of the way, I’ve worked to prove myself.”