The government further defended its move to introduce fixed-term employment, insisting that the present system of hiring workers through contractors is exploitative. 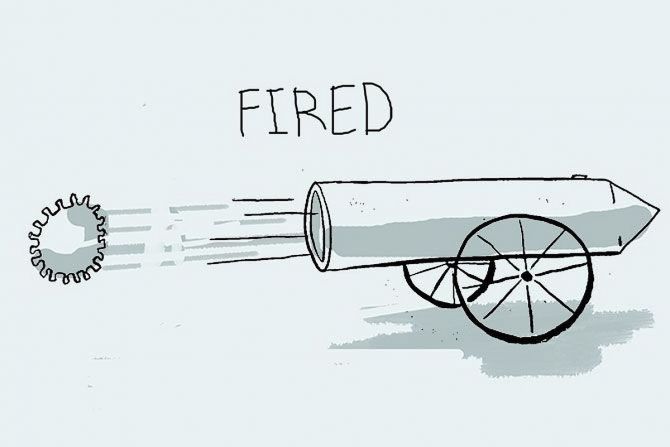 The Union government on Monday defended its decision to ease retrenchment norms for companies in the labour codes approved by the Parliament, saying the existing provisions in the law for seeking government’s permission was unnecessary.

The government further defended its move to introduce fixed-term employment, insisting that the present system of hiring workers through contractors is exploitative.

The Industrial Relations Code, 2020 has allowed companies with up to 300 workers to retrench and lay off staff, or shut shop without seeking official permission.

Earlier this rule was applicable only to units with 100 ore less workers.

“There has been no empirical evidence to suggest that higher threshold promotes hire and fire… requirement of permission before retrenchment or closure does not serve much purpose but at the same time leads to accumulation of losses and liabilities of the firm on the verge of closure,” the Union labour and employment ministry said in a statement on Monday.

The government clarified that the provisions in the existing law – the Industrial Disputes Act, 1947 – applies to factories, mines and plantation and other sectors are anyway exempted from seeking prior permission for retrenchment or closure.

It further added that the government took the decision to increase the threshold from 100 to 300 workers for seeking prior permission for retrenchment or closure based on the recommendations of the Parliamentary Standing Committee on Labour.

However, the standing committee wanted the government to strike down a provision to empower states to change the threshold through an executive order, rather than taking the legislative route as is done at present.

Instead of doing away with an enabling provision, the Central government has said that the States can only “increase” the threshold and not decrease it through an executive route, thereby allowing them to bring more factories out of the retrenchment norms.

The government also said that the “workers’ right has been kept intact” and an additional monetary benefit equivalent to 15 days of wages will be given to retrenched workers through a re-skilling fund.

However, when the government had initially planned to increase the threshold three times allowing bigger companies to retrench without seeking government approval, it had also proposed increasing the compensation three times from 15 days of wages per completed year of service to 45 days. The government has retained the present compensation formula in the law.

The labour ministry further mentioned that 16 states, including Rajasthan, Andhra Pradesh, Bihar, Gujarat, Haryana, Madhya Pradesh, Odisha, among others, have already done away with the requirement of seeking permission before retrenchment or closure for firms with up to 300 workers before the IR Code was passed by the Parliament.

“One of the inhibiting factors in creation of employment was observed to be the threshold of 100 workers under the Industrial Disputes Act, 1947.

“It was observed that threshold under Labour legislation creates perverse incentive to remain small,” the labour ministry stated, pointing to the Economic Survey of 2019.

The government also termed the apprehensions of the trade unions related to strict norms for calling a strike as unfounded.

In a bid to avert flash strikes, the government has proposed that workers in all factories will have to give employers a strike notice of at least 14 days.

At present, only workers engaged in public utility services, such as water, electricity and essential services are bound to do so.

Trade unions are particularly worried about a provision in the new law which stated that after the first meeting related to conciliation proceeding has taken place following a strike notice, workers will not be allowed to go on a strike.

This, union leaders said, will make going on a strike impossible.

However, the labour ministry said that this provision “only adds an opportunity for resolving the labour grievance before going on strike mandating establishments to attempt solving the issues.”

Even the Parliamentary Standing Committee had opposed the government’s proposed provisions related to strike.

“The Committee is of the considered opinion that the entire process involving giving fourteen days strike notice, its referral to conciliation process, again giving a notice in the event of the failure of the conciliation process etc. is too complicated, cumbersome and time consuming,” it had said.