Among the key concerns of the Street is market share losses in growth segments, led by higher competitive pressures. 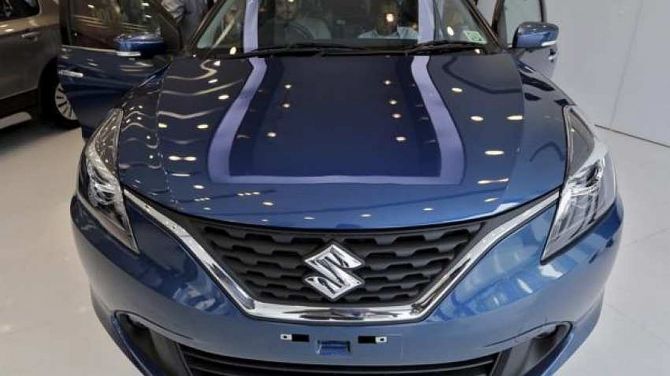 Though Maruti Suzuki reported a fall in November volumes, management commentary on strong retail offtake and improved demand has helped the stock gain 10 per cent so far in December.

The company had reported a 2.4 per cent fall in wholesale volumes on lower inventory and production shortages.

After double-digit retail growth in the festive period, the largest domestic passenger vehicle (PV) maker is expected to see higher volumes, given the rising demand for personal mobility options and lower interest rates.

What should help the carmaker is strong rural demand on the back of record Kharif crop, robust rabi sowing and government policies to boost the rural economy.

Over a third of Maruti Suzuki’s sales is from the rural segment.

Brokerages expect the PV sector to post a 25 per cent growth in FY22 on a low base and Maruti Suzuki, which controls half the market, should be the key beneficiary.

Though analysts have revised their volume estimates of the company for financial year 2020-21 (FY21) and FY22 upwards to account for the bounce, they believe the stock, which has gained 42 per cent over the last six months, may not see substantial gains from these levels.

Among the key concerns of the Street is market share losses in growth segments, led by higher competitive pressures.

The company lost 170 basis points year-on-year (YoY) in the domestic PV market in the first half of FY21.

This was largely due to the 650 bps dip in market share in the compact sports utility vehicle (SUV) segment.

Say Hitesh Goel and Rishi Vora of Kotak Institutional Equities: “The company has lost 20 per cent market share in the compact SUV segment since FY19, led by increase in competitive intensity with aggressive launches from Hyundai Motors, Kia Motors and MG Motors.”

Compact SUVs is the fastest growing segment in PV, its share rising 10 percentage points from FY18 levels of 15 per cent.

The company is also losing out on sales of larger SUVs given the lack of diesel options.

The other issue is the adverse product mix as realisations and profitability are expected to reduce as the company sells more entry-level cars and hatchbacks.

Maruti’s market share of hatchbacks has jumped 200 bps in H1FY21 to 64 per cent given the downtrading to lower-priced variants.

Analysts believe its share in this segment is expected to remain steady.

Share of hatchback segment to overall volumes has grown by 70 bps YoY to just under 47 per cent in H1.

The rise in raw material costs could be another overhang.

While the company has revealed the quantum, it has indicated that it will hike prices from January 1 to counter the sharp rise in input costs.

While pent-up demand and fresh buying could sustain volumes, how much of the hike customers can absorb, especially in the entry-level segment, needs to be seen as it could impact volumes.

Among other reasons weighing on the stock is valuation.

Analysts at Motilal Oswal Research are underweight on the stock as valuations largely reflect the expected recovery, albeit with some risks in terms of demand, market share and margins.

The stock is trading at an expensive 35 times one year forward estimates and the share price of Rs 7,732 and consensus target price of around Rs 7,500 seems to suggest that expectations on improvement have been more than factored in.