The RBI on Friday said it will give banks Rs 1 trillion through targeted long-term repo operations (TLTROs), of up to three-year maturity, to deploy in “investment-grade corporate bonds, commercial paper, and non-convertible debentures over and above the outstanding level of their investments in these bonds as of March 27, 2020.” 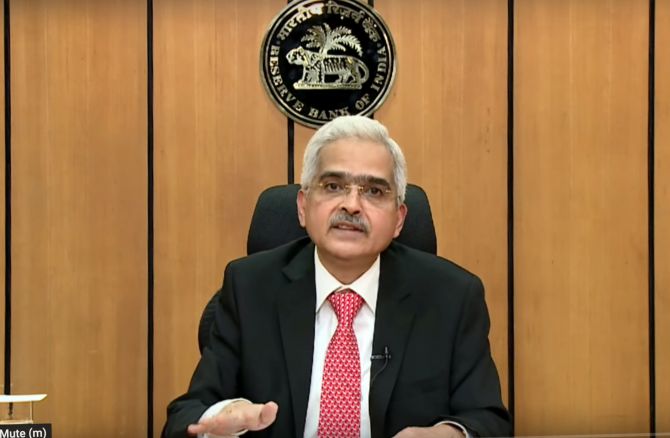 The Reserve Bank of India’s move to address India Inc’s liquidity issue brought some relief to the corporate bond market, as yields nosedived after the Rs 1-trillion liquidity line for banks to buy such papers.

The RBI on Friday said it will give banks Rs 1 trillion through targeted long-term repo operations (TLTROs), of up to three-year maturity, to deploy in “investment-grade corporate bonds, commercial paper, and non-convertible debentures over and above the outstanding level of their investments in these bonds as of March 27, 2020.”

The RBI governor, in his video-streamed speech, said the central bank was taking this route as the covid-19 pandemic has ignited large sell-offs in asset classes, and with the intensification of redemption pressures, liquidity premia on instruments such as corporate bonds, commercial paper and debentures have surged. This is also causing difficulties for companies in accessing working capital loans in a falling credit growth environment.

The first auction of Rs 25,000 crore happened on Friday itself, with banks offering bids of Rs 60,000 crore. The money raised through this channel will have to be deployed within 15 working days. Half of the purchase has to be done from the primary market, and the other half from the secondary markets, including from non-banking financial companies (NBFCs) and mutual funds.

This move by the RBI caused bond yields to fall sharply in the secondary market, but it was largely reflected in the better-rated bonds as the secondary market for lower-rated firms are virtually non-existent. Yields on HDFC’s bonds maturing in March 2022 fell from 8.25 per cent to 6.60 per cent, while Reliance Industries’ August 2022 bond yield fell from 8.55 per cent to 7.25 per cent. LIC Housing Finance’s August 2022 bonds were dealt at 8.70 per cent on Thursday. That fell to 7.20 per cent on Friday after the RBI’s announcement.

According to Badrish Kulhalli, head of fixed income at HDFC Life Insurance, the RBI’s move will reduce the stress seen in the corporate bond market.

“The number of participants had dwindled as there was increasing doubts on availability of funding during the lockdown period, especially over the year end. This step from the RBI addresses this gap and has already led to a sharp fall in corporate bond yields,” Kulhalli said.

As the markets get back to normalcy, corporate borrowers will find funding available from the bond markets.

“However, in view of the heightened credit risk environment, the initial issues are likely from the top-rated issuers,” Kulhalli said.

The RBI said investments made by banks under this facility will be classified as held to maturity (HTM) even in excess of 25 per cent of total investment permitted to be included in the HTM portfolio.

“Exposures under this facility will also not be reckoned under the large exposure framework,” it said.

Banks do not need to provide mark-to-market losses on their HTM books.