Small grocers say there’s a reason their shelves are still relatively bare. Major suppliers of consumer products, faced with limited supply and high demand, are prioritizing their biggest retail customers like Walmart (WMT) and Amazon (AMZN), according to the trade group representing independent grocery stores in the United States. Without access to key products, small grocers say, they’re losing out on customers and facing yet another hurdle as they try to survive against big chains.
It’s not an entirely new problem. Before the pandemic, independent grocers were often told they could not get products or particular items available at big chains, according to Christopher Jones, senior vice president of government relations and counsel at the National Grocers Association. “What’s happened during the Covid pandemic is really this issue has been magnified,” Jones said.

There’s no publicly available data tracking out-of-stock products at small versus big stores. But Burt Flickinger, a supermarket consultant at Strategic Resource Group, said he and his team visit stores around the country every week, and they have found in the pandemic that chain stores “by far” have better supply than independent stores. 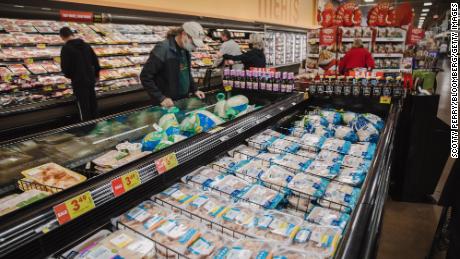 “Supercenters and the wholesale clubs are getting far more product more frequently,” he said.

Independent grocers — which are more likely to be located in lower-income communities and rural areas than chain stores, the Agriculture Department has found — buy their goods from small to medium-sized wholesalers. These wholesalers have relationships with large consumer product and food manufacturers. But the biggest customers for those manufactures are chains like Walmart, Amazon, and other large retailers, which generally buy directly from them.
Known in the industry as “power buyers,” large retailers have had an advantage for years when buying goods because they order larger quantities than smaller wholesalers do, said Rudolf Leuschner, associate professor of supply chain management at Rutgers University, who studies the relationships between suppliers and buyers.
It makes intuitive sense: Large retailers’ scale and buying clout make them a top priority for manufacturers, he said, and they often get promotions, special packaging or new products early.
Manufacturers have to “give them the best service, the best on everything because they mean more to you,” Leuschner said, comparing it to how airlines give perks to first-class fliers over customers sitting in coach.
Even when independent grocers do have products on hand, they also have less flexibility getting those products to consumers than national chains that can spread out their stock across their store base, said Mark Baum, senior vice president of industry relations at FMI, a trade group representing both big and small grocers.
Large chains “can make a corporate decision about where they’re going to allocate on the basis of what’s available,” he said. “And they’ve got a broader view of how and where to spread those products. If you’re a one store operator, there’s only one place to put them.”
Tom Madrecki, vice president of supply chain at the Consumer Brands Association, which represents top consumer product and food manufacturers, said the pandemic has strained supply chains and made it challenging for retailers of all sizes to obtain products in high demand.
“It’s the reality that some folks are bigger than others, and we’re going to work with with everyone and try to do things fairly,” he said.

Some consumer product manufacturers have canceled purchase orders on wholesalers serving independent grocers or restricted the amount of product they can buy, according to wholesalers who spoke on the condition of anonymity to avoid jeopardizing their relationships with suppliers.
A distributor that supplies independent grocers said that between July and January, it received 52% fewer cases of Lysol wipes, 21% fewer Clorox wipes and 40% fewer Reynolds aluminum foil wraps than it had in the same period a year ago, even though demand has gone up in those categories.
“We’re now getting about 75% of the product that we order from the CPG companies if we’re lucky,” said another wholesaler. Prior to the pandemic, it was 97.5%.
A spokesperson for Clorox (CLX) said in an email that the company was taking several steps to respond to demand that has increased by as much as 500%. It is shipping a record number of wipes during its current quarter, adding additional manufacturers and launching a new wipes line in an Atlanta facility, according to the spokersperson.
“We still have work to do” to meet demand, the spokesperson said. “We continue to be upfront and transparent with our retail partners in terms of the principled choices we’ve had to make in the face of unprecedented demand.”
Reynolds and Reckitt Benckiser (RBGLY), the parent company of Lysol, did not respond to request for comment. 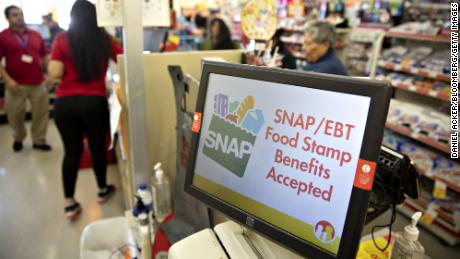 Independent grocery stores say they’re feeling the effects.
Robert Rybick, CEO of Geissler’s Supermarkets, which has eight stores in Connecticut and Massachusetts, said that when it comes to such essential paper goods, he is struggling to provide the same options as bigger chains.
He said he is only getting shipped 24-packs of these products from his wholesaler, and most tend to be off-brand items. He doesn’t have the same variety as the larger chains, which often have four and 12 packs, too. That has hurt his ability to draw customers on a tight budget, who often can’t afford those bigger sizes, he said.
“On paper and cleaning supplies, we just couldn’t compete with big box stores,” he said.
Adding to the challenges for smaller grocers, Walmart, the largest retailer in the country, is tightening the demands on its suppliers, upping penalties for goods that are delivered late or not in full. In September, Walmart announced it would introduce new standards for suppliers. In February, Walmart began charging suppliers a cost of 3% of delayed goods if 98% of an order is not delivered to stores or warehouses on time.
“We must improve product availability to help ensure that our customer can purchase the products they want, when they want, in-store or online. To deliver on this goal, orders need to be fulfilled accurately, on time and in full,” Walmart US chief merchandising officer Scott McCall and Walmart US supply chain president Greg Smith wrote to vendors.
Jones from the National Grocers Association said Walmart’s move was a “demonstration of the dominance and power that Walmart has over the trade” and would make it even tougher on small grocers to secure products. “It means suppliers have to prioritize their deliveries to Walmart over everyone else.”
Walmart declined to comment on Jones’s characterization of its new rules.

The National Grocers Association is now calling on Congress and federal antitrust agencies to scrutinize whether large retailers are violating the Robinson-Patman Act, a 1936 law that “requires that a seller treat all competing customers in a proportionately equal manner,” according to the Federal Trade Commission.
“We need effective antitrust enforcement to promote and protect these competitive markets and ensure a level playing field to prevent those larger competitors from acting in ways that disadvantage their smallest rivals,” Jones said.
Source: Read Full Article