Carl and Kerry Humphreys were looking forward to celebrating the second anniversary of the opening of their sandwich shop and catering business when the coronavirus crisis hit and trade dried up almost overnight.

Desperately trying to cut costs, the Humphreys contacted IWG to ask for support, but initially did not receive any. “Their attitude towards helping us was not very good at all,” says Carl.

After several phone calls, IWG subsequently proposed a 50% discount on rent for April and May, provided Hubbubs extended its annual lease by three months.

A similar offer has been made to many of IWG’s tenants, who rent office space managed by the company under brand names including Basepoint, Regus and Spaces. Businesses have also been offered the option of paying half rent for two months, and repaying the rest over the following year.

These offers, described as “reasonable” by the group’s chief executive Mark Dixon, haven’t stopped the criticism levelled at IWG by its tenants for its perceived lack of communication and support.

Locked out of their offices due to government travel restrictions, IWG’s customers complain requests for rent reductions or deferments initially fell on deaf ears as the group insisted full rent was due because its buildings remained open for key workers and to maintain customer services such as mail delivery and IT.

More than 1,000 people have signed a petition calling for IWG to close all of its 312 UK centres and freeze all rent or memberships, or provide “substantial discounts”. 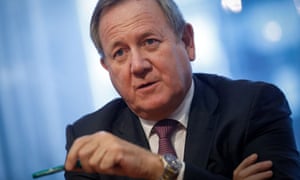 For James Vanner, a partner at the London law firm Vanner Perez Notaries which rents a 50 square metres Regus office, IWG’s behaviour during the crisis amounts to “unethical profiteering”. He adds that he has tasked an agent with finding the company a new office.

As recently as the start of March, IWG, previously known as Regus, was trumpeting a “transformational year” and record profits.

Now the group, which is headquartered in Switzerland and has more than 3,300 locations in 110 countries, is negotiating rental payments with its own landlords.

One institutional landlord says IWG has failed to pay it any rent for the last quarter.

Dixon, insists it was not requesting rent reductions from its UK commercial landlords: “What we are getting in some cases is deferments of rent, in a small number of cases. We are not asking for anything more than that,” he says.

Dixon calls the UK property industry’s reaction “disappointing”, adding “this is a time when businesses have to work together, it’s not a time for conflict”.

The Monaco-based executive says he has spoken personally to hundreds of IWG customers and received “hundreds of thank you notes for helping”, but criticises certain customers, who could afford to pay rent, for trying to “take advantage of a situation”.

The IWG board, including Dixon, who is also the group’s biggest shareholder, have decided to take a 50% reduction in base salary and fees during the crisis.

IWG’s share price has tumbled 50% since the start of the year, supporting the view of some analysts about the dangers of the “borrow long and lend short” business model used by shared workspace providers.

These firms, including troubled US company WeWork, tend to sign long leases for buildings from their landlords, while renting out the space on much shorter terms to their customers.

IWG named this “potential mismatch” between its leases and contracts with customers as one of its strategic risks in most recent full year results, published in March.

Equity analyst Mike Prew from broker Jefferies describes the share prices of IWG and its rival Workspace Group the “canary in the mineshaft – or perhaps on the hot desk”.

IWG is exploring raising cash by selling some of the buildings it owns, which it gained through several acquisitions, and leasing them back, but Dixon insists these plans are “not imminent” and date from “well before Covid-19”.

Challenges may remain for IWG and other shared workspace providers even as coronavirus restrictions are eased and some businesses can return to their offices.

Peter Papadakos, head of European real estate at research firm Green Street Advisors forecasts rising unemployment will lead to higher vacancy rates in office buildings over the next four years, leading commercial rents to fall by as much as 15%.

He is concerned flexible workspace providers may be left exposed: “You’re going to have a pretty aggressive flex office industry offering really good deals to attract companies back”.