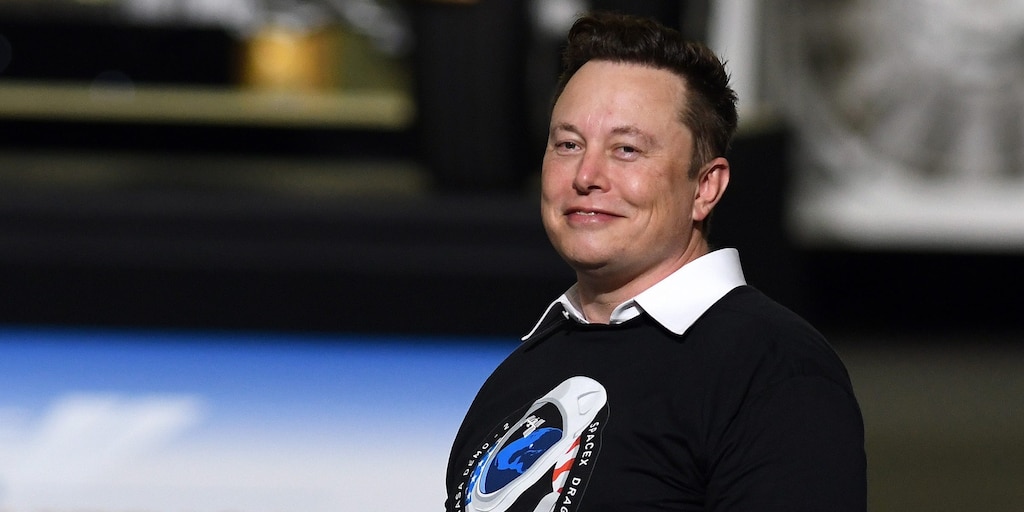 Shares of Tesla rose as much as 7% on Thursday, briefly touching an all-time high of $2,003 per share.

It’s the first time that the automaker, led by Elon Musk, has crossed the $2,000-per-share threshold, even amid its searing rally that’s sent shares skyrocketing this year.

The rally pushed Tesla’s market capitalization to nearly $372 billion, surpassing the market value of big-box retailer Walmart, worth about $371 billion. Tesla earlier in the year became the most valuable automaker in the world after eclipsing Toyota’s market value.

Read more: MORGAN STANLEY: Buy these 22 stocks that are slashing costs as sales take a hit from COVID-19 – putting them in position to smash the market as the economic recovery continues

Tesla shares have been on a tear this year, fueled by strong vehicle-delivery results, a streak of profitable quarters, and the potential the stock could be included in the popular S&P 500 index.

The latest leg of the company’s rally comes ahead of its first-ever 5-for-1 stock split, which it announced in August. At the end of trading August 21, each shareholder of record will receive four additional shares for each they own, to be distributed at the end of trading August 28. Tesla will begin trading on a stock split-adjusted basis on August 31. 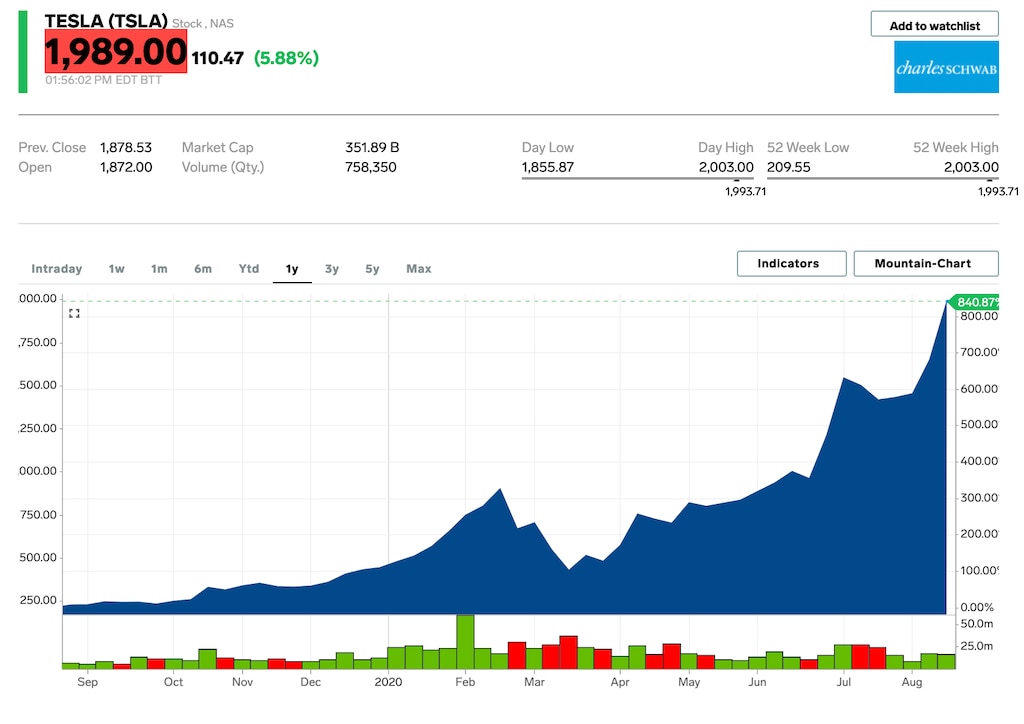