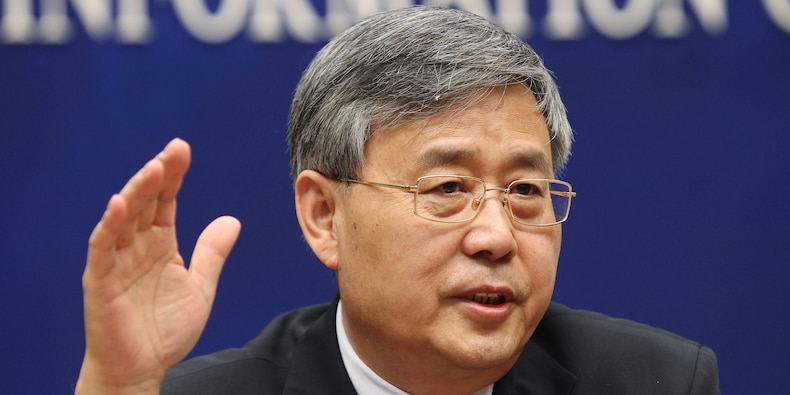 US and European markets are racing ahead of their real economies, potentially creating bubbles that could pop, China’s banking regulator has warned.

“I’m worried the bubble problem in foreign financial markets will one day pop,” Guo Shuqing, chair of the China Banking and Insurance Regulatory Commission, told media outlets at a briefing in Beijing, as quoted by the Financial Times.

Guo said that US and European markets were booming thanks to huge amounts of stimulus from central banks, but had “seriously diverged” from the real economy. He said there will “sooner or later” be a correction, according to Bloomberg.

Investors in the US and Europe are divided as to whether stock markets are in a bubble. But the sharp sell-offs last week showed investors are nervous about the huge rally in stocks, which has seen the S&P 500 climb more than 70% after the coronavirus-driven plunge of March 2020.

Guo also warned that China’s domestic economy could be hit by a change in sentiment abroad. “China’s market is now highly linked to foreign markets and foreign capital continues to flow in,” he said, according to the FT, which cited China’s state-backed Securities Times.

The banking regulator said that China “must prevent volatility in [the] domestic financial market from becoming too great.”

His comments reflect the government’s concerns about risks in China’s domestic economy stemming from large amounts of lending. The authorities have tried to curb this in 2021 by altering liquidity in the system and fine-tuning policies.

On Monday, strategists at Bank of America said Wall Street exuberance is coming dangerously close to forecasting a sharp sell-off.

Overwhelming bullishness could be the very thing that undoes the record-setting rally, according to strategists led by Savita Subramanian.

Yet DataTrek’s Nicholas Colas said in February that stocks have “not yet had the sort of valuation run up that says it’s time to sell.”

US stock futures fell on Tuesday after the S&P 500 jumped 2.38% the previous day.