The dramatic effect of the coronavirus on the British economy has posed serious challenges for the country’s companies and their employees. Some have been applauded for their actions – making donations to health workers, for instance – while others have quickly fallen foul of politicians, the public and their own workers. Here is a list of those who deserve plaudits and brickbats so far.

Co-op The food retailer is taking on 5,000 extra store workers to cope with increased demand, offering temporary employment to hospitality workers who have lost their jobs. People can apply for jobs directly in their local branch. And the 6,500 pupils at 25 Co-op Academy schools who receive free school meals are being given a £20 weekly voucher while schools remain shut.

Timpson The retail chain, which provides shoe repair, dry cleaning and key-cutting services, says it will keep its 5,500 employees on full pay while its shops remain closed.

Lloyds Pharmacy The chain is hiring 1,500 staff so that it can continue delivering prescriptions and healthcare services. The company has also recruited 406 pharmacy students to bolster its staff.

Fullers The pub and hotel chain with over 400 sites has said it will not seek rent payments from its tenanted pubs.

Whitbread The owner of the Premier Inn chain and restaurants including Beefeater and Brewers Fayre is putting some employees on a temporary furlough while its sites remain closed. But it will keep them on full pay by topping up the extra 20% of their wages not covered by the government scheme. Whitbread says it is in discussions with the government about providing rooms in its hotels, located near hospitals, to key workers. 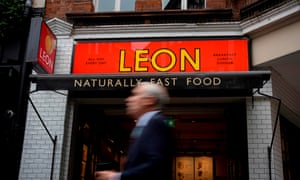 Leon The restaurant chain is keeping certain branches open to NHS employees and other key workers, and providing takeaway and delivery meals to NHS workers with a 50% discount. It is also bringing together other restaurants, food distributors and suppliers to deliver free daily hot meals to NHS critical care staff. FeedNHS – also backed by the Wasabi, Abokado and Franco Manca chains – will deliver 5,600 meals a day to five major hospitals belonging to two London healthcare trusts.

Pret a Manger Before the chain was ordered to close, it was offering free hot drinks and a 50% discount on all other purchases for all NHS workers.

Lloyds The bank has suspended 780 planned job cuts across its bank branches, amid a surge in demand and uncertainty over how many staff may need to self-isolate. An internal letter explained it was “not the right time, either for colleagues or for customers”. Britain’s biggest high street bank said it had granted mortgage holidays to over 70,000 customers in just over a week. The lender also confirmed that it would waive interest on arranged overdrafts up to £300 for all customers across its Lloyds, Halifax and Bank of Scotland branches from 6 April. 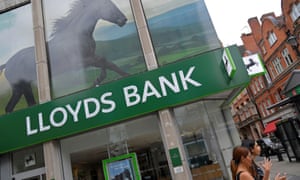 Barclays The bank is automatically waiving interest on all overdrafts from 27 March to 30 April. It has also set up an online form for mortgage holiday applications to speed up the process.

Unilever The company behind brands including Dove and Knorr is contributing €100m (£89m) globally to fight the pandemic, including €50m (£47m) worth of soap, sanitiser, bleach and food. The London-headquartered firm is adapting manufacturing lines to produce sanitiser for use in institutions such as hospitals. It has also pledged to pay its small- and medium-sized suppliers early to help their cashflow.

Jingye The Chinese company, which recently bought British Steel, sent a private jet filled with medical and protective equipment to the company’s Scunthorpe steelworks. A private jet owned by Jingye landed at Doncaster Sheffield airport containing equipment including face masks, goggles, thermometers and medical gloves, destined for workers at the Scunthorpe blast furnace steelworks and the nearby hospital.

McCarthy & Stone The company, the biggest builder of retirement properties in the UK, has offered government and local authorities more than 300 newly completed apartments in unoccupied developments to house older people recovering from Covid-19 or NHS key workers.

NCP The parking company extended its offer of free parking to NHS workers to all key workers.

British Land The business, which owns shopping centres including Sheffield’s Meadowhall, has said it will scrap rent for three months for small and medium-sized companies renting its space, and will allow larger tenants to spread their second-quarter rents payments over an 18 month window.

Frasers Group Mike Ashley’s business, which owns the Sports Direct chain, gave in to government pressure and closed all their shops after previously informing staff that branches should remain open, as selling sporting and fitness equipment was “extremely important”.

Following the government shutdown, Sports Direct increased the prices of some products by as much as 50%. Ashley admitted that his business had been struggling to enforce the government’s Covid-19 restrictions for thousands of workers at its Derbyshire warehouse, which continues to operate to fulfil online orders. The Unite union had written to the group about concerned employees at the Shirebrook site, who had reportedly been told they would be immediately fired for self-isolating.

Ashley issued a public apology for the firm’s behaviour and said the company had since sought to make amends by offering its entire fleet of lorries to help deliver medical equipment and supplies for the NHS. 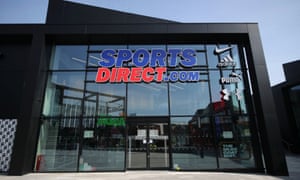 B&M The discount retailer remains open as it stocks food and grocery items, as well as pet food. Staff have complained on social media about having to work without protective equipment, including in stores where groceries only account for one aisle. An “advice update” to workers informed them that the company “presumed all our colleagues are key workers” and that they would be paid for any time spent self-isolating, provided they qualified for statutory sick pay. Those who don’t qualify or who had “exhausted their statutory sick pay entitlement” were told they would be contacted by their payroll adviser.

JD Wetherspoon The pub chain’s boss, Tim Martin, came in for widespread criticism after he said he wanted to keep all 867 locations open until the government-ordered shutdown of all hostelries. The backlash against JD Wetherspoon grew when it said it could not commit to paying its 43,000 employees beyond 24 March, before it had processed details of the government furlough scheme, as it didn’t have the financial resources to do so.

It later changed tack and said it had created its own reimbursement scheme so that it could pay its workers on 3 April, provided the government backed its interpretation of the measures. The firm says it is retaining all staff and has advised those who want to apply to work for supermarkets during the current period that they will be given priority for jobs at Wetherspoons when pubs reopen. The chain has also told its suppliers that they cannot expect payment until after the pubs reopen, even for items that have already been delivered.

Travelodge Hundreds of residents in its hotels, including homeless families housed there by local councils, were turned out on to the street after the budget hotel chain closed its premises. The firm gave letters to all residents asking them to leave as soon as possible, apparently in defiance of government guidance, which said that hotels looking after homeless families in temporary accommodation should not close.

Britannia The hotel chain blamed an administrative error for sacking staff and leaving some without accommodation after it closed one of its properties in Scotland. It had terminated the employment of workers at the Coylumbridge hotel in Aviemore and asked them to leave their accommodation immediately.

Carluccio’s The Unite union has accused Carluccio’s of “wage theft” after the Italian restaurant chain was closed due to the government-ordered shutdown. It claims workers have been informed they will only be paid 50% of their wages for the month of March, despite having worked until the chain’s outlets closed on 20 March. The union believes the company’s actions are a breach of employment law.

EasyJet The carrier’s pilots and cabin crew have been asked to take three months’ unpaid leave and accept a pay freeze. The airline came in for widespread criticism after it proceeded with a £174m dividend payout to shareholders, £60m of which was paid to easyJet’s founder, Sir Stelios Haji-Ioannou. 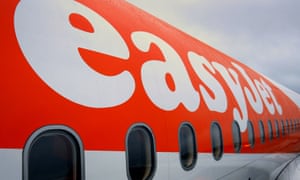 Ryanair The low-cost airline has been accused of ripping off passengers after it was found to be charging £80 more to those rebooking cancelled flights, even though it had offered fee-free changes. The Dublin-based company has waived its change fees, but passengers still have to pay the difference if the new fare is higher. According to consumer group Which?, the airline has increased the cost of those replacement flights by as much as £80. Pay for all staff, including executives, has been cut by 50% for April and May, but the airline’s boss Michael O’Leary has not ruled out redundancies.

Regus Small firms who rent office space from Regus, one of the largest providers of serviced offices, complain that they are still being charged rent even though they are not able to use their offices. The firm said it had seen an “enormous growth in support needed” in the weeks before the shutdown at the companies who rent space from them “with mail handling, internet services, and technology services that allow them to work efficiently”.

Cineworld Former and current employees of the UK’s largest cinema operator by market share have protested about their treatment by their employers. There was widespread outrage over the company’s decision to terminate the employment “with immediate effect” of staff working at both Cineworld and its “boutique” arm, Picturehouse. Cineworld Action Group posted an open letter to the chain’s CEO Greidinger after the UK government’s decision to pay 80% of employees’ wages, but says Cineworld is yet to change tack and reinstate the employees it has made redundant.

Capita Employees at several call centres run by the outsourcing firm got in touch with the Guardian to raise concerns that the company was not taking their safety seriously. One member of staff at a call centre in Runcorn operated by Capita said people were still taking calls for the mobile operator O2 involving retention of customers threatening to quit, complaining of a “filthy” building, dirty toilets and empty hand sanitiser stations. They said they were concerned about catching the virus and giving it to family members with underlying health conditions and were too scared to speak out, as they could be fired.

Capita said it had increased cleaning at sites, staff were working from home where possible, and it had no policy of sacking employees who complain on social media: “The top priority of Capita at this very difficult time is the wellbeing of our people.”