Melinda Gates is known for her philanthropy.

She and her husband, Microsoft co-founder Bill Gates, have continued built a legacy of giving in the midst of the coronavirus pandemic.

The couple donated $100 million through their charity, The Bill and Melinda Gates Foundation, on Feb. 5 to prevent what Gates called the "once-in-a-century pathogen we’ve been worried about."

Bill and Melinda Gates reside in a Seattle suburb and have been encouraging Americans to practice social distancing from their multimillion-dollar mansion.

Here are five things to know about Melinda Gates:

Born Melinda French, she was raised in Dallas, Texas, and earned undergraduate and graduate degrees from Duke University. She studied computer science.

Melinda Gates was a member of Duke University’s board of trustees from 1996 until 2003, according to her LinkedIn page.

2. She worked at Microsoft for nine years

The philanthropic power couple met at Microsoft after Melinda Gates chose to take a job at the start-up rather than powerhouse IBM, GeekWire reported.

She has advocated for women in tech for years.

"For the tech industry there is no silver bullet, but what I would say is absolutely make sure that in every single meeting you’re in, women have a seat at the table," Gates said according to GeekWire. "Not one woman. Many women." 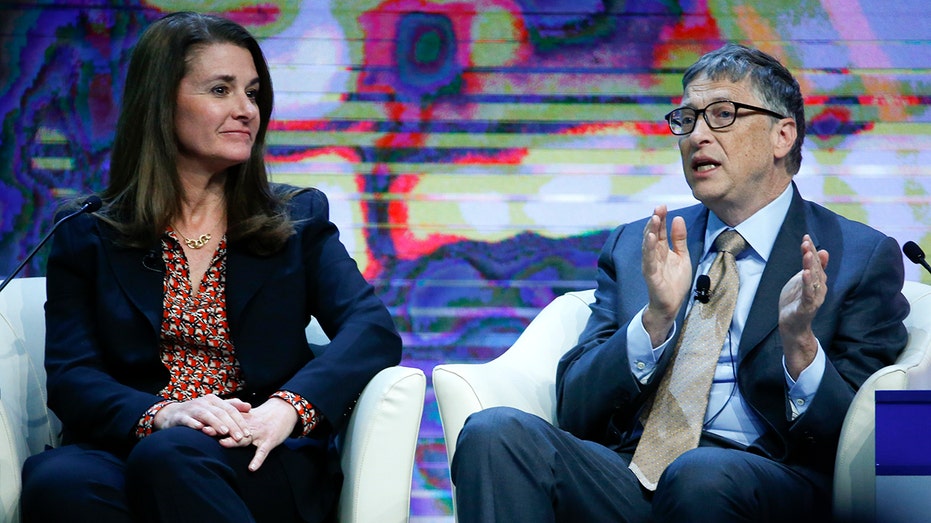 Bill Gates, Co-Chair of the Bill & Melinda Gates Foundation gestures next to his wife Melinda French Gates during the session ‘Sustainable Development: A Vision for the Future’ in the Swiss mountain resort of Davos January 23, 2015. . REUTERS/Rub

After teasing her future husband for his lack of spontaneity – he asked if she was free for a date “two weeks from tonight” – Melinda Gates gave him her number and expected it would take days before she heard from him, Business Insider reported.

He reportedly called that night instead and quipped: “Is this spontaneous enough for you?

Bill and Melinda Gates have three children: Jennifer, 24; Rory, 20; and Phoebe, 17. Jennifer appears to be in medical school, while Rory is in college and Phoebe is still in high school.

Melinda Gates published her book “The Moment of Lift: How Empowering Women Changes the World" in 2019.

"If you empower a woman, she is often the center of the family … that lifts up her family, a society, an economy," Gates told "The Daily Show" in 2019.