Should high-tax states be given additional unemployment benefits?

Americans for Tax Reform President Grover Norquist on the debate over providing higher-income states like New York and California with additional unemployment funding during coronavirus.

Businesses looking for a quick return to normal are running into a big hitch: Workers on unemployment benefits are reluctant to give them up. That’s complicating plans to reopen states and get the U.S. economy back on track.

For some workers, unemployment benefits are now paying more than their old jobs did. For others, safety concerns or a lack of child care, as most schools and day-care centers remain closed, are making them hesitant to go back.

That means reopening may not go as quickly or as smoothly as some elected officials and business owners had hoped.

Friday’s jobs report is expected to show U.S. employers cut 21.5 million jobs in April, or the equivalent of all the jobs added in the past decade.

The longer it takes to recover that lost employment, the more extended the economic downturn caused by the pandemic will be.

“That’s going to get in the way of any real recovery,” said Douglas Holtz-Eakin, president of American Action Forum and former director of the Congressional Budget Office.

Ilona Luce-Fina, who was laid off from her job as a bartender at the airport in Ithaca, N.Y., said she hopes her boss doesn’t call her back too soon. 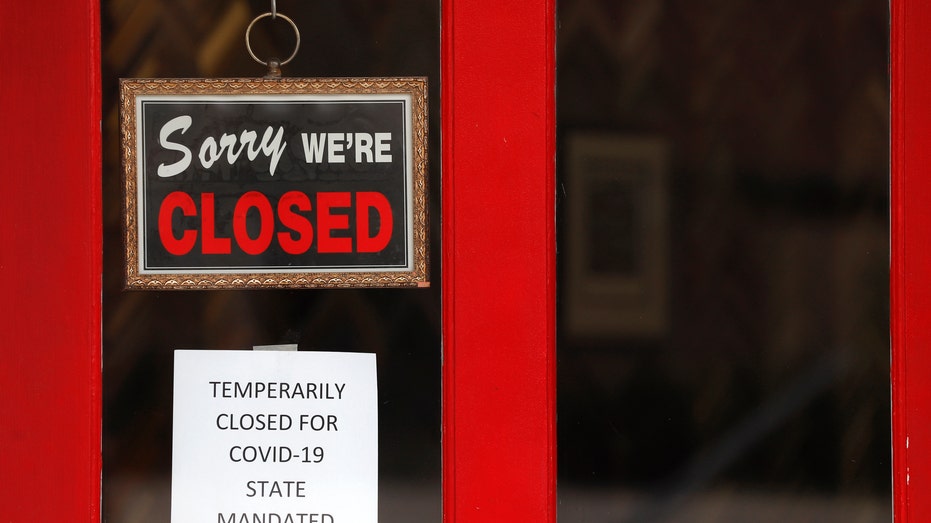 A sign in the widow of The Framing Gallery shows they are closed due to the new coronavirus COVID-19 pandemic, in Grosse Pointe, Mich., Thursday, May 7, 2020. The U.S. government is poised to report the worst set of job numbers since record-keeping b

“I was crying at work to leave, but then as time went on and I did receive benefits, it was like, wow, I’m getting more than when I worked there,” Ms. Luce-Fina said.

The pressure for businesses to staff back up is especially intense as many have tapped federal loans contingent on paying employees. The government’s Paycheck Protection Program forgives the loans if companies bring back all workers within eight weeks of receiving funds that can be used to pay operational expenses such as payroll and rent.

For Julie Crowley, Ms. Luce-Fina’s employer, the clock is ticking. Ms. Crowley, who owns Triphammer Wines & Spirits and co-owns Ithaca Coffee Co., received a federal loan. She said that over the next seven weeks she needs to hire back 12 workers still laid off from both businesses.

Congress passed a coronavirus stimulus package in March that boosted unemployment benefits by $600 a week. About half of all U.S. workers stand to earn more if laid off than they did at jobs before the pandemic, until that increase expires at the end of July.

Ms. Luce-Fina, who lives with her two teenage daughters and pays $1,650 a month in rent, said she has so far received two weekly payments of $816 each in unemployment benefits since being laid off on March 26. She had worked on weekends as a face-painting artist at a children’s entertainment company, but the pandemic has stopped that business, too. She says she now fears going back to work at the airport and risking coming into contact with infected people.

HALF OF WORKING AMERICANS MIGHT NOT HAVE A PAYCHECK IN MAY

Ms. Crowley, meanwhile, is facing financial pressure to get her business back up and running. She said she understands the position of workers like Ms. Luce-Fina but also worries about what happens when her loan runs out at the end of June.

“Do you call your employees back and expect them to take a pay cut and be a happy camper?” said Ms. Crowley. “People are all going to do what’s in their best interest. It’s in my best interest to get them back on my payroll.” 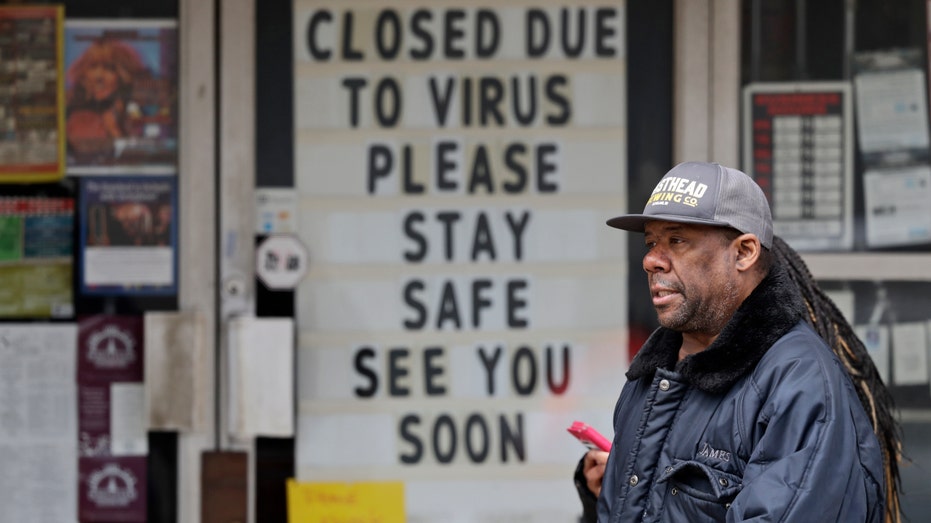 A man walks past the closed shop called “The Music Emporium”, during the coronavirus pandemic Wednesday, May 6, 2020, in Cleveland. (AP Photo/Tony Dejak) (Associated Press)

Some governors, like Iowa’s Kim Reynolds and Nebraska’s Pete Ricketts, have said that furloughed employees who are called back full time can no longer receive unemployment benefits.

The South Dakota Department of Labor and Regulation issued a fraud warning last month after several employers informed the state that workers receiving benefits had refused to return to work after being called back.

Marcia Hultman, the state’s labor and regulation secretary, said she issued the warning because so many people are requesting benefits for the first time. “The intent of the unemployment-insurance program at any time is temporary assistance until you can return to work,” she said.

Most states typically provide 26 weeks of unemployment benefits, but in response to the pandemic, states will be allowed to provide 13 additional weeks of federally funded assistance. States with high unemployment may extend benefits further. Under the federal government’s pandemic unemployment assistance program, states can provide benefits to workers who are self-employed or who otherwise wouldn’t qualify for regular unemployment compensation.

In Pittsburgh, Les Neilly, who co-owns a business that makes and sells residential awnings and tarps to trucking companies, said three employees he had brought back to work asked recently if they could work a rotating schedule with co-workers who were laid off, so they could take turns receiving unemployment benefits.