Central banks have been caught out by the sudden upturn in inflation. In the United States, CPI inflation is now 6.2 per cent. The Federal Reserve’s preferred measure of inflation, core personal consumption expenditures, has risen to its highest level in 30 years. And inflation is well above target in many industrialised countries.

We are told that this burst of inflation is transitory. And for several years, central banks have been giving “forward guidance” that interest rates will remain close to or below zero for the indefinite future. This policy stance relies heavily on the assumptions that expectations drive inflation, and central banks drive expectations. In other words, longer-term inflation is determined by the official inflation target. 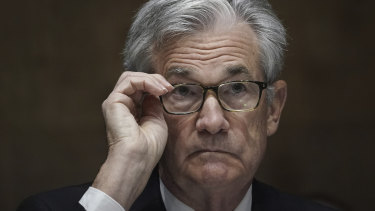 I recall that in the early days of the Bank of England’s Monetary Policy Committee, we pored over forecasts for inflation. No matter the path of interest rates that we simulated, inflation always returned to target. Why? Because in the models used to produce the forecasts, the only determinant of inflation in the medium term was the official target.

This is the King Canute theory of inflation. A thousand years ago, according to legend, King Canute of England set his throne on the shore and commanded the incoming tide to halt. The tide paid no attention. It continued to rise and dashed over his feet and legs, driven by the laws of nature.

A satisfactory theory of inflation cannot take the form, “Inflation will remain low just because we say it will.” It has to explain how changes in money — whether directly via quantitative easing [QE, which is central banks buying up bonds from the open market to lift money supply] or indirectly via changes in interest rates — affect the economy.

In the models that have come to dominate central-bank thinking, inflation is pinned down by a central-bank “reaction function” which guarantees that interest rates, or QE, will be set so as to ensure that inflation returns to target. But in a world of radical uncertainty, where none of us know the true dynamics of the economy, we cannot be confident that central banks will in fact behave in a way consistent with hitting the inflation target. In such a world, our expectations are too fragile to anchor inflation.

A thousand years ago, according to legend, King Canute of England set his throne on the shore and commanded the incoming tide to halt. The tide paid no attention.

The old idea that inflation reflects “too much money chasing too few goods” is more plausible than the view that it is driven solely by expectations.

Expectations matter, but they are an incomplete description of the way changes in interest rates and the money supply translate into prices. And when people start to distrust the word of the central bank, they look at monetary variables, especially the broad money supply, to gauge the outlook for inflation.

In the US, M3 [the money supply available to the economy] was rising at an annual rate of 24 per cent late last year, falling back to a mere 13 per cent in the latest numbers. In the UK, M3 was rising for a time at 13 per cent a year, subsiding to around 7 per cent. The transmission mechanism between an increase in broad money and its impact on inflation is open to debate. But the fact remains that we experienced a substantial, albeit transitory, increase in the growth rate of broad money, and we are now experiencing a noticeable, albeit perhaps transitory, rise in inflation.

Precisely because the future is radically uncertain, it is unwise for a central bank to speculate on its own future decisions. The Federal Reserve does not know the short-term policy rate it will want to set six months from now, let alone what it will be in 2023 or 2024. The danger today is that although financial markets may have lost faith in the forward guidance given to them, central banks themselves continue to believe in it, clinging to a narrative about the future path of interest rates that is no longer credible.

Equally unwise are the first cousins of forward guidance: yield-curve control, as adopted by Japan and Australia; flexible average inflation targeting, as announced last year by the Federal Reserve; and promises to aim at a higher inflation rate in order to lower the perceived real interest rate.

The Federal Reserve appears to have introduced flexible average inflation targeting at the worst possible time — because nobody is arguing that inflation of more than 6 per cent was desirable to offset earlier undershoots of the target. It was always an illusion to think that inflation could be controlled so precisely that a small, brief overshoot could be used in this way.

Earlier this month, financial markets forced the Reserve Bank of Australia to abandon yield-curve control aimed at holding the three-year bond yield at 0.1 per cent. The governor said, “Putting all the experience together, it’s quite unlikely that we will have a yield target again.” The Bank of Japan’s attempts to target 10-year bond yields and stimulate the economy by aiming at higher inflation are reminiscent of King Canute.

When President Bill Clinton nominated Alan Greenspan for his fourth term as Fed chair in 2000, he praised his “rare combination of technical expertise, sophisticated analysis and old-fashioned common sense.”

Common sense suggests that too much money chasing too few goods results in inflation. An overreliance on expectations and central-bank words hasn’t worked. It’s time for a better approach.

When King Canute sat in front of the incoming tide, his purpose was to show his courtiers that he was not omnipotent and could not by words alone undo the forces of nature.

Central banks would do well to show the same humility.

Mervyn King was governor of the Bank of England from 2003 to 2013. He is the Alan Greenspan Professor of Economics at NYU Stern School of Business and professor of law at NYU School of Law, and author (with John Kay) of “Radical Uncertainty: Decision-Making Beyond the Numbers.” This column draws on “Monetary Policy in a World of Radical Uncertainty,” the Institute of International Monetary Research Annual Public Lecture delivered in London on November 23, 2021.