One in four people in the workforce over the age of 50 do not believe they will ever retire – but it’s evenly split whether they’re working for love or money.

A nationally representative survey of 2830 Australians aged over 50 found financial insecurity was a key reason; 36 per cent of those who don’t expect to retire rated their finances below five out of 10.

However, the same proportion of people rated their finances 7 or more, suggesting that not wanting to retire is not purely a financial decision. 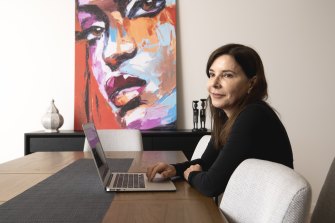 Matilde Russo, 56, wants to keep working for a long time to come because she enjoys it.Credit:Rhett Wyman

The study was conducted by Newgate Research for the COTA Federation (Councils on the Ageing) and an overview of findings will be published in the State of the (Older) Nation 2021 report.

Joan Hughes, president of COTA NSW and chairperson of COTA Federation, said many older people wanted to keep working for the social connection and satisfaction but planned to either reduce paid work or pick up volunteering.

“There is a bit of problem with that notion of retirement, what we call ‘the R word’, and what that conjures up for some people,” Ms Hughes said.

“There is a lot of ageism and maybe some people have seen that happen to their parents or feel like they don’t know what the next chapter of their life will be or that if they don’t have work they don’t have an identity.”

She added that many people over 50 still had huge mortgages and would find themselves in financial difficulties if they started to reduce paid work, but the decision was often taken out of their hands because of health or redundancy.

The number of people aged 66 to 74 who had retired jumped in the past three years, while the number of people in their 60s who wanted more paid work because they needed the money had doubled. The report speculated the increase in retirement in this age group could be a result of the COVID-19 pandemic forcing older Australians to retire early. 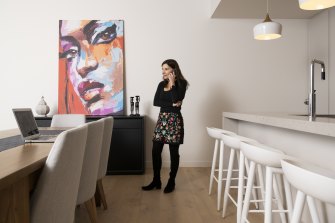 56 year old Matilde Russo is a Manager for MLC Asset Management she could afford to retire but loves her job and hopes to work in some capacity for a long time to come.Credit:Rhett Wyman

Stella Avramopoulos, chief executive of female-focused charity Good Shepherd, said older women were likely to be among those wanting to work for financial reasons.

Women’s superannuation balances were on average 40 per cent lower than men because of structural inequalities, older women were the fastest growing group of homeless people and women had borne the brunt of job losses during the pandemic, she said.

“We need to ensure retirement isn’t a pipedream for younger women by working towards super parity,” Ms Avramopoulos said.

Matilde Russo, 56, from Caringbah has a senior job in financial markets and believes it’s “her time to shine” after taking a backseat to her husband’s high-flying career when the children were younger.

“Financially I can afford to retire now but I love my job and the sense of achievement and identity it gives,” Ms Russo said. “I hope to continue working in some capacity for a long time to come.”

Ms Russo also said she was passionate about women having financial independence and tried to instil that attitude in her daughter.

Dave Wallace, 57, a land surveyor from Newcastle, doubts he will ever retire: mainly for financial reasons after a separation left him with a large mortgage. Downsizing would be difficult because his 22-year-old daughter lives with him and he had to support her when she lost her job during COVID.

“In the future I’d like to work less rather than not at all,” Mr Wallace said. “It’s difficult to give something up that I’ve spent a lifetime acquiring the skills to do.”

The Morning Edition newsletter is our guide to the day’s most important and interesting stories, analysis and insights. Sign up here.

Most Viewed in Money