Back in July, Joe Biden fist-bumped Mohammed bin Salman. Having begun his first trip to the Middle East as US President with a visit to Israel, he then went to Jeddah.

Biden’s encounter with the Crown Prince came after a series of Saudi human rights violations – including the murder of US-educated dissident journalist Jamal Khashoggi. But the White House was keen to mend relations with the world’s pivotal oil supplier, seeking help in opposing Russia’s invasion of Ukraine and the resulting surge in the price of crude. 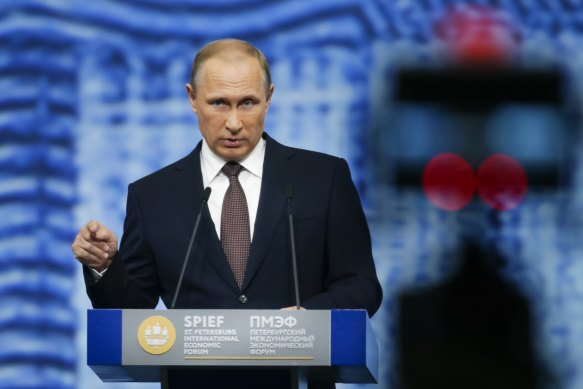 The loss of Russia as a reliable oil producer for western Europe has reshaped markets, and more pain could be ahead.Credit:AP

Despite the fist-bump diplomacy, the Saudis in the same month led a big production cut by the 15-nation OPEC exporters’ cartel and Russia – the so-called OPEC+ group. That kept oil well above $US100 ($148) a barrel, painfully high for energy-hungry Western nations.

In October, the Saudis defied America again, as OPEC+ maintained the production clampdown. Since the Second World War, Washington has guaranteed the desert kingdom military protection in return for the Saudis pumping enough to stabilise global oil markets. The strength of that alliance is now being sorely tested.

War in Ukraine has deepened collaboration between Saudi Arabia and Russia. OPEC+ controls just over half of global oil production and nine-tenths of proven reserves. The group has slashed output by about two million barrels a day over recent months – about 2 per cent of global production – in an aggressive attempt by these big producers to keep crude prices high.

Since October, oil has drifted downward from almost $US100 to about $US85 per barrel. But crude remains more expensive than at any point between mid-2014 and early 2022 – not least due to the actions of OPEC+.

The economic outlook has deteriorated significantly since then, with the US now in recession, having chalked up two successive quarters of negative GDP growth.

Expectations for Chinese growth have meanwhile halved, as the world’s second-largest economy has struggled with stringent, and increasingly provocative, lockdown restrictions, in a bid to stamp out COVID cases.

Western Europe, too, is enduring its own energy price crisis, in terms of both oil and gas, with all the major economies either in, or heading for recession – not least Britain.

Amid such sluggish growth, the prospect of weaker energy demand would be expected to lower global oil prices significantly. That hasn’t happened – and there’s a danger that even as the slowdown deepens, crude prices remain high. 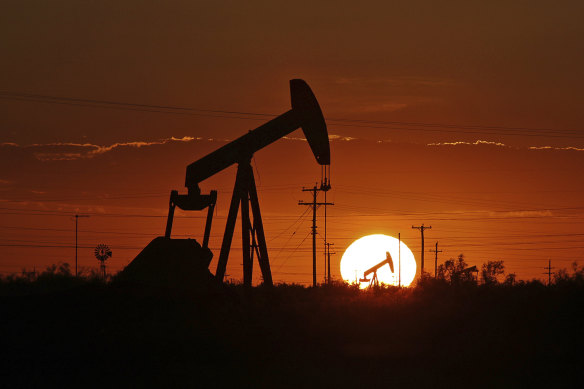 The reason for that is because the old order in the global energy markets – with the US-Saudi axis at its heart, along with Russia as a reliable supplier to Western Europe, a relationship that endured even during the Cold War – is in the process of unravelling.

Central bankers have lately insisted inflation will soon abate, which means fewer interest rate increases. Huw Pill, chief economist for the Bank of England, suggested British inflation was set to fall “quite rapidly” next year. But predictions headline inflation will abate hinge on energy prices easing over the coming months.

And, despite widespread assumptions the cost of energy – and oil in particular – will fall in the new year as the global economy slows, there is every chance that won’t happen. One reason is that, while street protests continue in China and the authorities won’t want to be seen to roll over, what really matters to the Chinese government is growth.

When the long-established energy order cracks, as it may be about to, there could be a nasty price spike.

That’s why I suspect China’s leadership will soon start to prioritise the economy over its zero-COVID strategy. And when that happens, the pent-up Chinese demand for energy could be huge, possibly amounting to a million barrels per day.

On top of that, OPEC+ is unlikely to raise production as some analysts speculate. I’d say previously announced restrictions will instead stay in place.

OPEC and Russia face too much uncertainty to ease output restrictions, given that Chinese demand could suddenly spring back. And more production cuts could drive the West even deeper into recession, slowing the global economy so much that the oil price collapses anyway.

Perhaps the biggest most important uncertainty on the demand outlook is that West European governments are negotiating over measures designed to punish Russia for its war in Ukraine.

Back in June, the EU pledged to halt imports of most Russian oil, as of December 5 – today. It also banned EU insurance companies from covering shipments of Russian oil, with the UK adding its weight. Between them, the EU and Britain control over 90 per cent of the tanker insurance market worldwide.

But then the Biden administration, determined to tame oil prices, proposed that Russian tankers could get insurance, so long as it was sold below a certain price – with the West attempting to impose a cap on the price of Russian crude exports. Negotiations in Brussels on Friday set the price cap at $US60 a barrel. This move will dent Russia’s oil revenues, and could seriously sour the geopolitical mood music.

Until now, while there have been various sanctions in place, the global energy markets that keep the world economy moving, have continued – for the most part – to function. When the long-established energy order cracks, as it may be about to, there could be a nasty price spike.