According to some, California’s rolling black outs are indicative of an energy crisis. FOX Business’ Jackie DeAngelis with more.

Tens of thousands of customers remained without power Wednesday in Northern California after blackouts were imposed to prevent sparking wildfires, but the state's largest utility said it's executing "smarter" plans to lessen the pain.

"PG&E only undertakes a PSPS as a last resort, when it is necessary to do so to protect public safety from extreme wildfire threat," the company said.

Company spokesman Jeff Smith told the Associated Press in the year since mass blackouts, the utility has learned to make the planned shutoffs, “smarter, shorter and smaller."

The shutoffs for the utility were the first since last year's preemptive outages last fall impacted millions of people, some for days at a time. 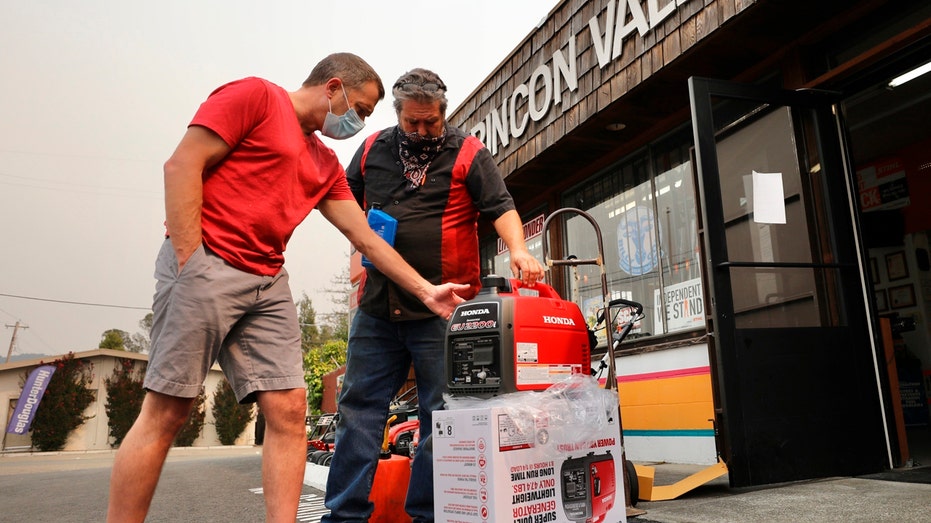 Customer Justin Bowen, left, gets a lesson from Brett Nickelson, a service technician at Rincon Valley Yard and Garden, on how to care for a new generator that he purchased in Santa Rosa, Calif., Tuesday, Sept. 8, 2020. (Beth Schlanker/The Press Democrat via AP)

John Sanders, the owner of Old Town Grill in Placerville, told FOX40 he had electric generators out and was trying to keep everything cool to not lose any food.

His business was closed for more than a week in last year's shutoffs.

“We’re grateful that we get that heads up because we could kind of schedule for that and plan for that. But it doesn’t make it any easier when you’re losing that revenue,” Sanders said. 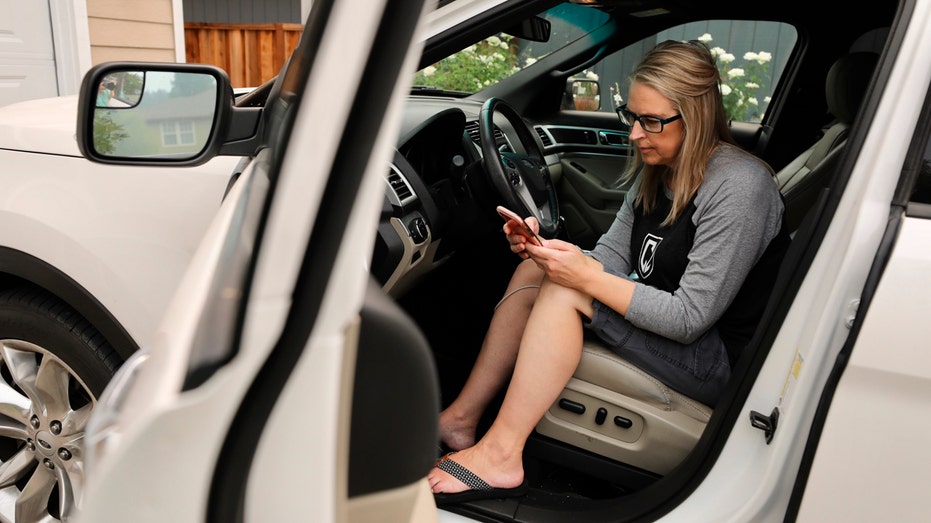 Kelly McMahon, an 8th-grade math teacher at Herbert Slater Middle School, tries to send a text message to principal Mitch Tucker from her car after she lost power and internet at her home and her cellphone signal became spotty, in eastern Santa Rosa, (Beth Schlanker/The Press Democrat via AP)

Some customers already were having their power restored Tuesday as weather conditions improved.

Quinlan said PG&E is so far hitting its target of reducing the outages by a third compared with last year, thanks to better weather forecasting and the installation of about 200 “sectionalizing devices" that allow experts to divide power lines more surgically.

On Wednesday morning, PG&E said that an "all clear" was given to portions of four counties, with the remainder expected later in the day.

Once lines are inspected and found free of damage or hazards, PG&E said it can proceed with restoring power to customers.

"More than 3,000 PG&E personnel will patrol and inspect some 10,750 miles of transmission and distribution power lines today, which is equivalent to traveling from San Francisco to Tokyo and back," the company said in a news release. "Patrols start when the severe weather has subsided enough to make it 'all clear' for crews on foot and in aircraft to do inspections of lines." 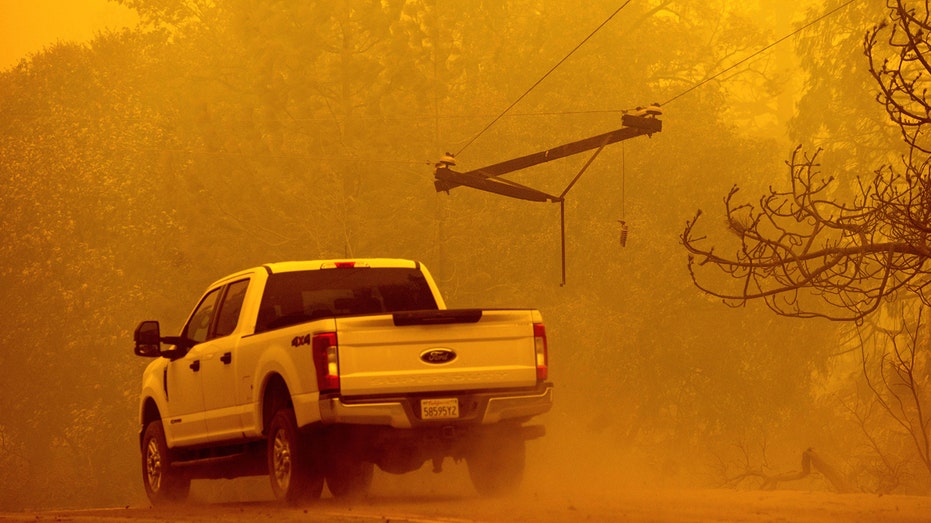 Smith said the utility is targeting outages more narrowly and plans to have power restored within 12 daylight hours of severe weather ending. 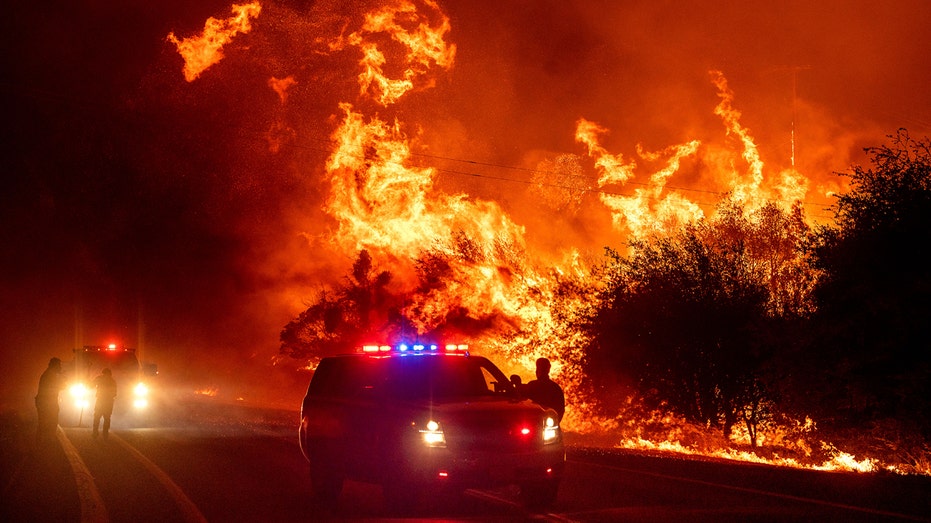 Flames lick above vehicles on Highway 162 as the Bear Fire burns in Oroville, Calif., on Wednesday, Sept. 9, 2020. (AP Photo/Noah Berger)

But power most likely won't be restored to most customers until Wednesday night.

The outages come as thousands of firefighters battle wildfires burning for weeks at the same time many of the state's 40 million residents stay at home because of the coronavirus pandemic.

In the southern part of the state, Southern California Edison warned roughly 55,000 customer accounts may lose power while San Diego Gas & Electric said 16,700 customers are at risk of a preemptive outage.

The outages come as thousands of firefighters battle wildfires burning for weeks at the same time, which have scorched a record 2.3 million acres so far.