Here are your FOX Business Flash top headlines for April 1.

DENVER — The first lawsuit filed in connection with a wildfire that destroyed over 1,000 homes and other buildings in suburban Denver claims that sparks from a power line started December's blaze.

The lawsuit filed Thursday against Xcel Energy says that its power lines and equipment were a "substantial factor" in the cause, origin and continuation of the wildfire, which was fanned by intense winds. It says witnesses saw a fire igniting near a power line in the area where authorities say the wildfire started, with one witness videotaping sparks flying from a malfunctioning power line and igniting a fire on the ground that became the wildfire.

A spokesperson for Minneapolis-based Xcel, Michelle Aguayo, said the company was reviewing the lawsuit but said it has not seen evidence that its equipment ignited the fire. 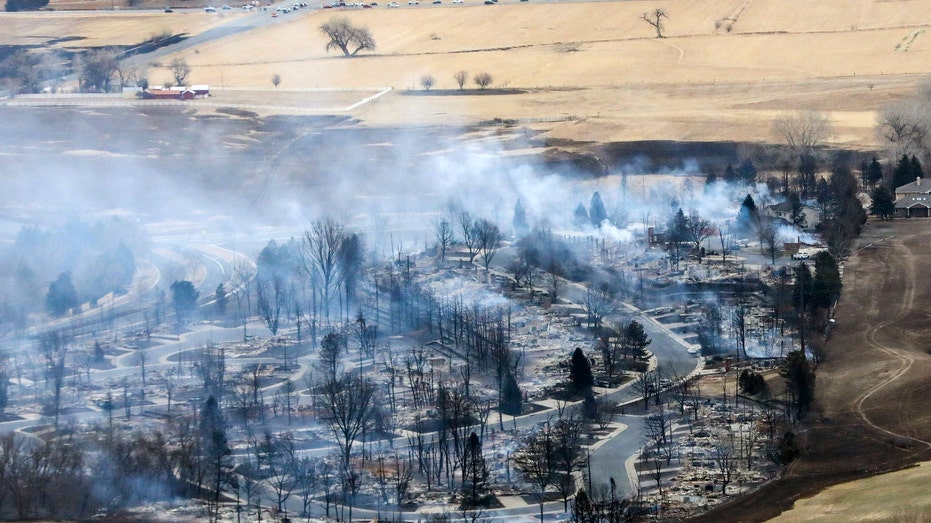 A Boulder County neighborhood smolders after it was destroyed by a wildfire in this aerial photo from a Colorado National Guard helicopter during a flyover by Colorado Gov. Jared Polis Dec. 31, 2021.  (Hart Van Denburg/Colorado Public Radio via AP, Pool, File / AP Newsroom)

"Our own investigation shows that our equipment in the area of the fire was properly maintained and inspected, consistent with our high standards," she said.

Authorities have not finished their investigation into what caused the fire, blamed for at least one death, and said Thursday the work is expected to take several more months. The Boulder County Sheriff's Office declined to provide any details about the findings so far, but it has previously said it was investigating "any and all potential causes," including power lines, human activity and old coal mines in the area where coal continues to burn underground.

No images from the video referenced in the lawsuit were included in the filing. KUSA-TV obtained video from a man not involved in the lawsuit that shows a sudden, big puff of smoke coming from a power line at the intersection in the area where the wildfire is suspected of starting but after a fire can already be seen burning nearby. 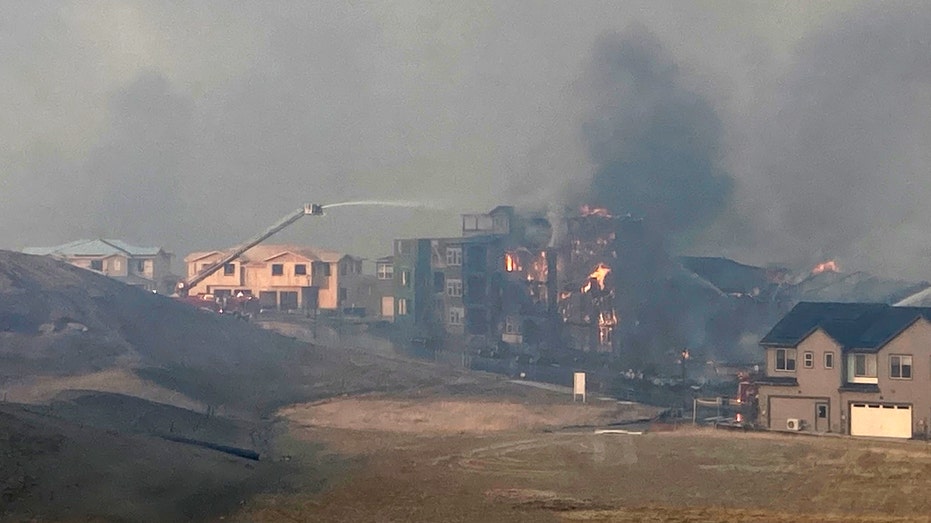 The lawsuit seeks to be made a class-action case, representing people affected by the fire. It was brought by two related businesses, including a store near where the sparking power line was reported, and an anonymous married couple. The store survived the fire and the lawsuit does not provide specific details about how the couple was harmed by the fire.