Westpac has been threatened with court action by the prudential regulator if it fails to improve long-standing weaknesses in its risk governance that continue to create problems for the bank.

The Australia Prudential Regulation Authority launched a court enforceable undertaking against Westpac on Thursday to "lift substantially its efforts to address risk governance deficiencies" after it found internal programs had achieved little. 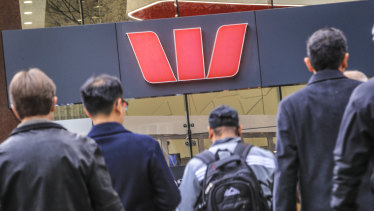 It also found new governance issues have continued to emerge, including Westpac’s breaches of liquidity standards that have since been rectified.

"The CEU comes after APRA expressed concerns with the bank’s progress in remediating weaknesses including an immature and reactive risk culture, unclear accountabilities, capability shortfalls, and inadequate oversight," APRA said.

The CEU requires Westpac to develop a new plan that covers financial and non-financial risks, obtain independent oversight of the implementation of that plan and assign executives and board members personally responsible for progress.

While we have made progress in improving our standards, we have much more work to do, and this must be done at pace.

"As one of the country’s largest and most important financial institutions, Westpac should be a leader in risk management," Mr Lonsdale said. "Although the bank has made progress in some areas over the past year, it is not good enough."

APRA had communicated with the board directly over the matter and noted a CEU was a "serious step that indicates the severity of the situation", Mr Lonsdale said.

"My top priority is to ensure the bank’s risk culture and management of risk meet the high standards expected of us," Mr King said. "We have had constructive discussions with APRA and know we have to deliver a disciplined step change in our management of financial and non-financial risk.

"While we have made progress in improving our standards, we have much more work to do, and this must be done at pace."

APRA slapped a $1 billion capital charge on the bank following the damning anti-money laundering case that ended up costing the bank $1.3 billion. The charge will not be removed until material progress has been made on improving the bank's risk frameworks.

The agreement, signed by Mr King, Mr Lonsdale and Westpac chair John McFarlane, noted that any breaches of the enforceable undertaking may lead to fines or further court action.