It is no easy task to prevent an induced economic coma from slipping out of control and turning into a secondary financial crisis. No major country has ever tried to do such a thing before.

The longer the sudden stop continues in Europe and North America, the greater the risk that we slide into a self-feeding credit and liquidity crisis. The financial storms would then reinforce each other to overwhelm the defensive system. 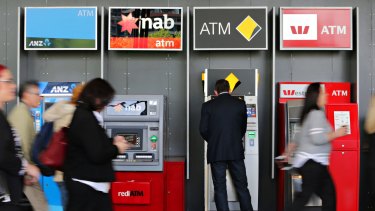 Crisis veterans are watching the three month dollar Libor rate (not equity markets). This has jumped 60 basis points since mid-March despite a shower of liquidity and unprecedented emergency action by the Federal Reserve. Libor matters: some $US9 trillion ($14.6 trillion) of global contracts are priced off the benchmark.

Banks were the villains of the 2008 crisis. This time they are the designated saviours, deemed strong enough to hold the line against COVID-19. They are to be the conduit for disaster relief, the backstop lenders for drowning firms and households.

Regulators have eased capital rules to free up $US5 trillion of loans worldwide. The European Central Bank has waived its capital rules, freeing up €120 billion ($212 billion) in bank equity base. "Rainy day" buffers are being activated.

Excellent. But in doing so they are leaving the banks naked, should the economic damage from COVID-19 drag on, and tumbling earnings and soaring bad debts eat into their viability. Moody's has already placed Europe's banking system on negative alert.

Harvard professor Ignazio Angeloni, an ex-member of the ECB's supervisory board, says European banks could "cease to function or fail on a massive scale" as losses pile up. Governments will have to start taking them into "public ownership" to prevent a systemic credit crunch. "While free market diehards may turn up their nose, this is probably a lesser evil," he says.

It brings into play the infamous sovereign/bank "doom loop" from the eurozone debt crisis. The weak states of Italy, Portugal, and Spain (leaving aside the perennial tragedy of Greece), are left to rescue their own banks. EU leaders pledged long ago to end this doom loop but never delivered.

These Club Med states are also the ones suffering the biggest macroeconomic shock: they have lost a year's tourist season; and they are least able to afford the eye-watering costs of nursing their entire private economy through the pandemic. The LSE's Lucrezia Reichlin says Germany is spending towards 5 per cent of GDP in direct fiscal support. Italy dare not risk much more than 1 per cent.