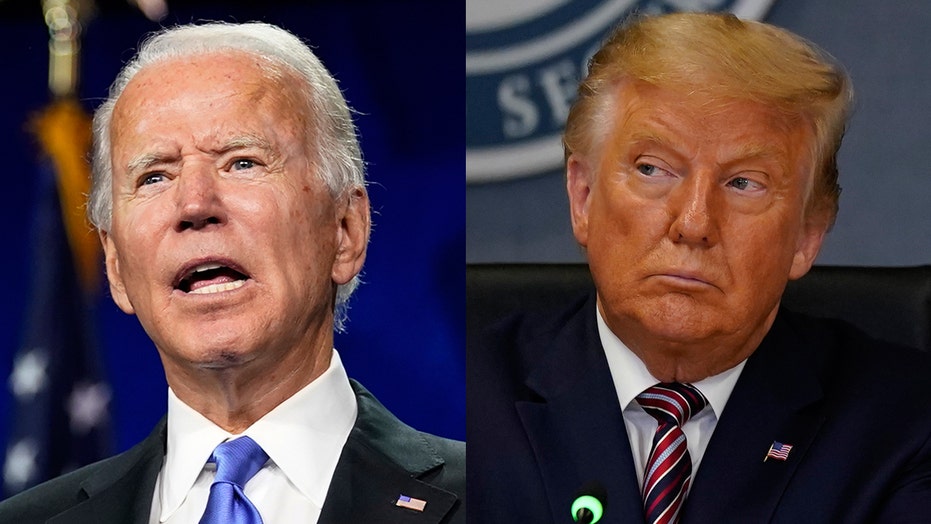 Joe Biden said he’d be open to meeting with President Trump next week when they’re both in Pennsylvania to visit the Flight 93 Memorial.

“I didn't know he was going until after I announced I was going," Biden told reporters in Delaware Friday. "Of course, I'd be happy to meet with the president."

Both presidential candidates will visit the memorial in Shanksville, Pa., next week for the 19th anniversary of 9/11.

Flight 93 was hijacked by al Qaeda terrorists on Sept. 11, 2001, and hijackers are believed to have intended to crash the jet into the U.S. Capitol before crashing in a Somerset County field after passengers attempted to retake the aircraft.

The exact timing of each of their visits is not known though there will be a memorial ceremony scheduled at 9:45 a.m., meaning Trump and Biden’s visit could overlap.

The potential meeting would come amidst a brutal offensive campaign by both parties. Trump most recently developed a new nickname for the former vice president, “Hidin’ Biden,” and has hit him for his mental acuity.

Biden has hit Trump for his handling of the coronavirus pandemic and accused him of “fanning the flames” of hate amid a time of heightened racial tensions.

Pennsylvania is a competitive swing state in the 2020 presidential election. The state voted for Trump in the 2016 election, although the margin was slim as Trump won with a less than one percent.

Pennsylvania had not voted for a Republican president since Ronald Regan in 1988, before going for Trump in 2016.

NYC 9/11 LIGHT TRIBUTE TO BE REINSTATED WITH STATE, BLOOMBERG'S SUPPORT

Both Trump and Biden have attended 9/11 ceremonies in Pennsylvania, although the traditionally 90-minute long ceremony will be cut down to about 20 minutes and limited attendance is being enforced due to COVID-19 restrictions.

In 2016, Trump and Hillary Clinton both visited Ground Zero in lower Manhattan, the site of the World Trade Center memorial where nearly 3,000 people were killed in 2001.

Trump has swapped out where he visits each year on 9/11, choosing to attend the memorial service at the Pentagon in 2017 and 2019.

Trump has not revisited his hometown’s memorial in New York City on 9/11 during his presidency.