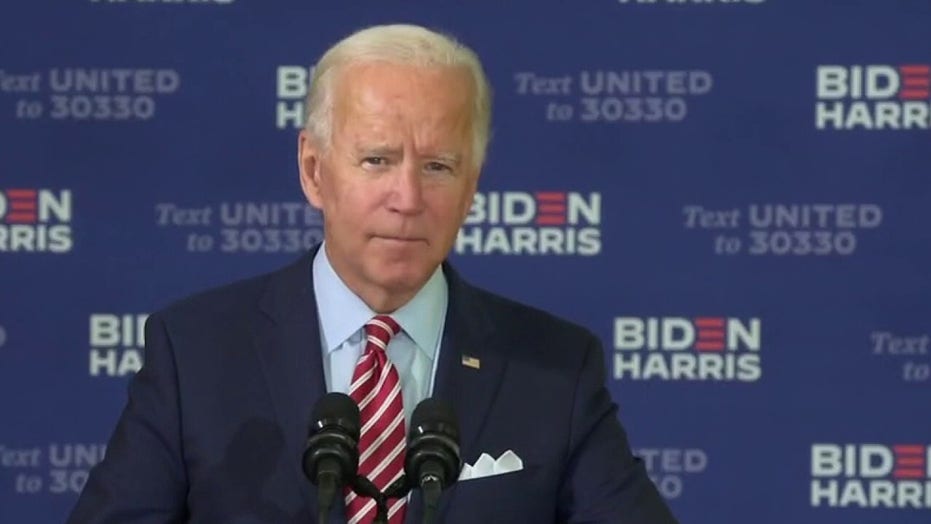 Joe Biden raised eyebrows on Tuesday evening over his attempt to appeal to Hispanic voters at a campaign event in Kissimmee, Fla.

The event was meant to commemorate Hispanic Heritage Month. The Democratic candidate was the last speaker of the event to take the podium following several supporters including Eva Longoria, Ricky Martin and Luis Fonsi.

However, when Biden approached the podium, he paused and reached for his phone in his pocket.

"I just have one thing to say," Biden began as he looked down at his phone. "Hang on here."

He then held his phone to the microphone, which began playing the 2017 hit song "Despacito" from Fonsi, who had introduced the candidate. After roughly 15 seconds of bobbing his head and gently dancing behind the podium, he paused the music.

"I'll tell you what- if I had the talent of any one of these people, I'd be elected president by acclamation," Biden chuckled.

Critics piled on the former VP over the "cringe" moment.

"This is so unbelievably cringe," tweeted Erielle Davidson, a senior policy analyst at the Jewish Institute for National Security of America.

Earlier in the day, Biden turned heads when he bungled the Democratic ticket, touting plans under a "Harris-Biden administration."

He also mistakenly confused Iran and Iraq when referring to fallen American soldiers in a speech geared towards veterans, saying "U.S. troops died in Iran and Afghanistan."