“If this (bipartisan deal) is the only one that comes to me, I’m not signing it,” Biden said at the White House. “It’s in tandem.”

House Speaker Nancy Pelosi, D-Calif., and Senate Majority Leader Chuck Schumer, D-N.Y., have said the narrow bipartisan bill on traditional infrastructure must be paired with a sweeping new spending bill that could reach $6 trillion in order to secure the necessary votes for passage. Biden backed their approach Thursday by saying he won’t sign one into law without the other. 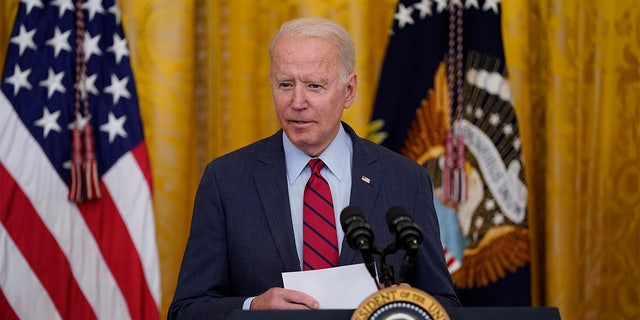 “I’m not just signing the bipartisan bill and forgetting about the rest that I proposed,” Biden said, noting the human infrastructure part is “equally important” to the physical infrastructure proposals.

Biden signaled both bills are needed to get support from his Democratic Party, which holds very slim majorities in the House and Senate.

“My party is divided, but my party’s also rational,” Biden said.

Biden’s remarks came at the White House after he signed off on a $953 billion infrastructure plan after meeting with five Democrats and five Republicans who hammered out the agreement in the Senate. The deal achieves a top priority for Biden’s political agenda: signaling to the American public that he can build bridges and find consensus with Republicans.

Biden joined the jubilant group of senators earlier Thursday outside the White House, where they declared bipartisanship wasn’t dead.

“America works,” Sen. Mitt Romney, R-Utah, said at the White House. “The Senate works, and we can work together.”

Forging a deal on infrastructure has been very elusive in recent years. During the Trump administration, “infrastructure week” had become a long-running joke because every time the White House wanted to focus squarely on roads and bridges, former President Donald Trump appeared to derail the messaging with a newsy tweet or comment. 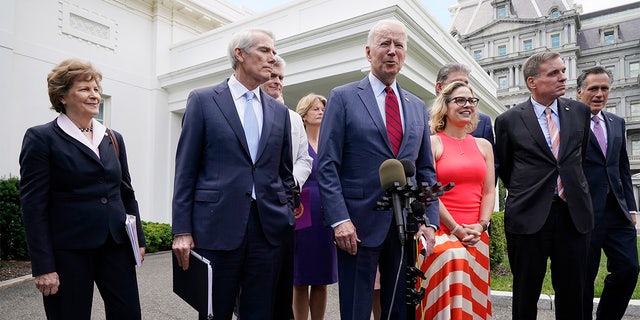 So, Biden and the senators Thursday were happy to celebrate some actual movement on pent-up projects.

The road ahead will be challenging.

The bipartisan deal needs to collect support from progressive senators who think the package is way too narrow, and progressives need to lock in votes for their forthcoming bigger spending bill from moderates.

Biden acknowledged there’s much work ahead to make both bills a reality, but he touted his long experience in the Senate and said he expects both bills to pass Congress before the end of the fiscal year, which is Sept. 30.

“I’m not going to rest until both get to my desk,” Biden said.