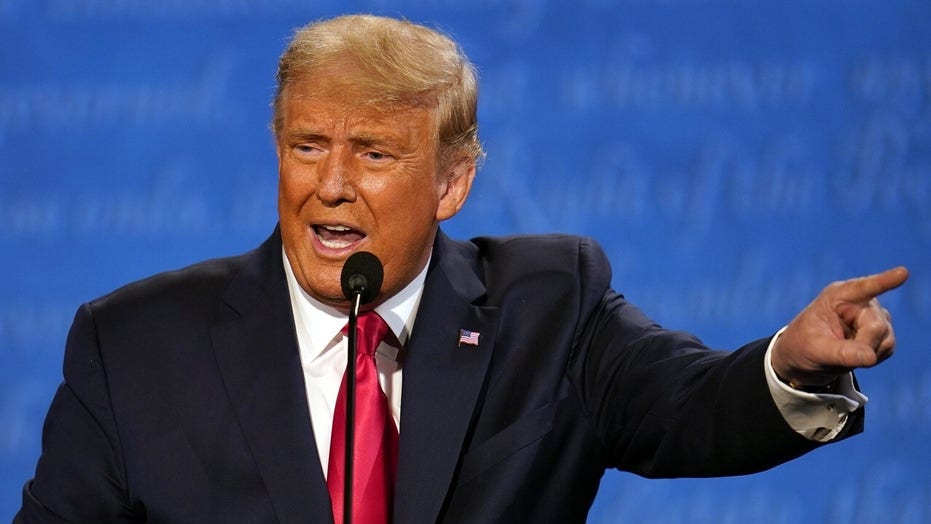 Democratic nominee Joe Biden said his team has created "the most extensive and inclusive voter fraud organization in the history of American politics" in a recent video.

"We have put together, I think, the most extensive and inclusive voter fraud organization in the history of American politics," Biden said in the video.

Republicans were quick to point out his misspoken claim.

Biden may have been referring to his campaign's massive "election protection program," which includes former Attorney General Eric Holder and hundreds of other lawyers in preparation for a legal battle in the event of a contested election.

The former vice president’s campaign told Fox News that over the past several months they have created the largest election protection program in presidential campaign history, involving integrated legal, communications and political strategies for what they anticipate to be an unprecedented election.

Biden has a history of misstatements, including saying he was running for the Senate in mid-October and claiming 200 million Americans have died of coronavirus in mid-September, and President Trump has pulled no punches in criticizing him. 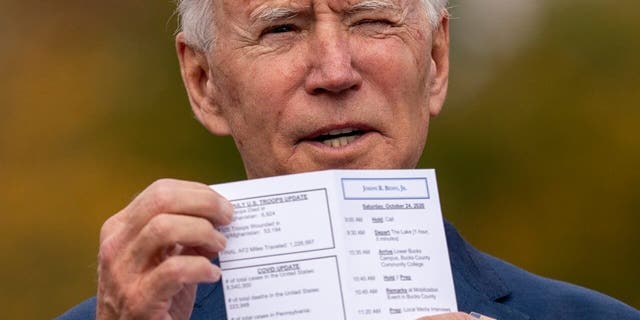 Democratic presidential candidate former Vice President Joe Biden holds up his daily schedule which has a daily update on US Troop deaths and wounded numbers as he speaks at a drive-in campaign stop at Bucks County Community College in Bristol, Pa., Saturday, Oct. 24, 2020. (AP Photo/Andrew Harnik)

"Joe also said yesterday he’s running for the U.S. Senate (again) and totally forgot where he was (wrong State!)," Trump wrote on Twitter on Oct. 13. "Joe has never been a nice or kind guy, so it’s easier to find this obvious [and] rapidly getting worse 'dementia' unacceptable for USA!"

Fox News' inquiry to the Biden campaign was not returned at the time of publication.