PANICKED BT and Yahoo users were unable to access their emails this morning.

The mystery outage appears to affect thousands of users across the UK.

BT and Yahoo down – what's happened?

According to online outage tracker Down Detector, problems began at around 8am on Friday morning.

That's just as Brits were getting to work, causing chaos for businesses across the country.

The BT Mail issues are strictly limited to the UK, but Yahoo Mail problems appear to be more widespread.

Thousands of users have logged virtual complaints about problems with both services. 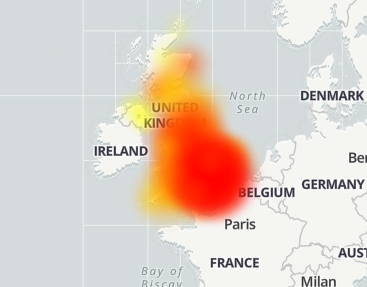 BT and Yahoo down – what are users saying?

Angry customers have flocked online to moan about the outage.

"Email down again. Sick and tired of BT email problems," wrote one.

"Now it's down or slow or sending error messages. Not good enough – especially when so many of us are working from home."

Another said: "BT email down again. For a communications company, they truly suck."

BT's service status page indicates that there are issues with broadband and email in some parts of the UK.

But there's no official statement so far.

We've asked BT for comment and will update this story with any response.