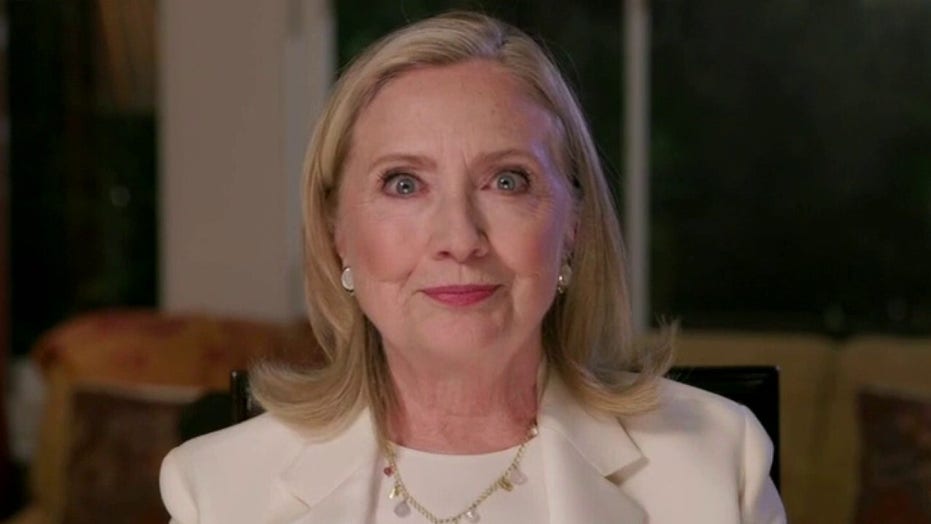 Hillary Clinton: This can’t be another woulda coulda shoulda election

Former Democratic nominee Hillary Clinton said she wishes Donald Trump "knew how to be a president" and expressed bitterness over her loss to him in 2016 during her speech Wednesday to the Democratic National Convention, calling for "overwhelming" votes for the Biden-Ticket so "Trump can’t sneak or steal his way to victory."

"After the last election, I said, 'We owe Donald Trump an open mind and the chance to lead.' I really meant it. Every president deserves that,” Clinton opened her Democratic Convention speech on its third night. “I wish Donald Trump had been a better president. Because America needs a better president than this,” she said of her former opponent.

“For four years, people have said to me, ‘I didn’t realize how dangerous he was.’ ‘I wish I could go back and do it over.’ ‘I should have voted,’” Clinton said. “This can’t be another woulda-coulda-shoulda election."

Clinton urged Democrats to request their mail-in ballots now, to vote early and to get involved. “Most of all, no matter what, vote. And convince everyone you know to vote.”

Clinton pointed to Trump’s 2016 sales pitch to voters: “What do you have to lose?”

“Now we know: our health, our jobs, even our lives. Our leadership in the world and, yes, our post office,” the former secretary of state said.

Clinton said that if Trump is re-elected, “things will get even worse.” Still, she called on voters to set their sights “higher than getting one man out of the White House.” She called on them to vote for Biden for the jobs he would create, and for emergency relief that would “lift small businesses and working-class people.” She called on them to vote for “paid family leave and health care for everyone,” and to protect Social Security, Medicare, reproductive rights and the planet.

Clinton, who won the popular vote but lost the White House to Trump four years ago after slim margins of defeat in Michigan, Wisconsin and Pennsylvania, lamented her own loss in 2016.

“Remember: Joe and Kamala can win 3 million more votes and still lose. Take it from me,” she said. “We need numbers so overwhelming Trump can’t sneak or steal his way to victory. “

Clinton also sung the praises of Biden’s running mate, Kamala Harris, calling the senator “relentless in the pursuit of justice” and “uncommonly kind.” “I know a thing or two about the slings and arrows coming her way. Kamala can handle them all,” she said.