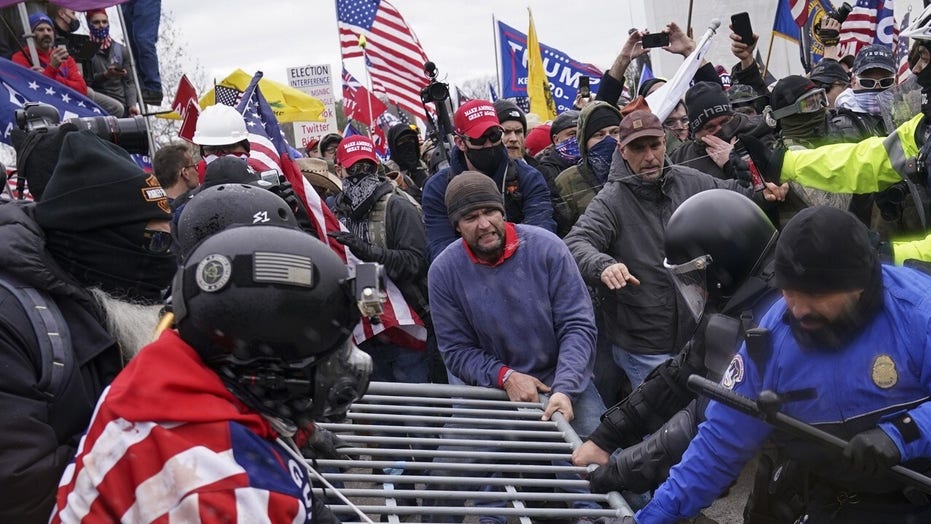 New York City Mayor Bill de Blasio on Thursday said President Trump should be removed from office — and accused him of committing "treason" with his remarks to supporters who went on to storm the Capitol building.

"The president urged people to do violence. That is sedition. That's treason," De Blasio said at a press conference. "He shouldn't be president anymore. He is a dangerous man and it's clear he should not be in office."

De Blasio was reacting to the rioting that took place in Washington, D.C., on Wednesday, in which pro-Trump supporters who had attended a rally featuring the president stormed Congress as lawmakers were certifying the Electoral College results.

The resulting violence resulted in four deaths, including one person shot dead by police and three others who died of natural causes. Lawmakers were evacuated. They later returned to certify the results.

Trump has been strongly criticized by both Republicans and Democrats for what they see as him encouraging and inciting the violence. Trump during his remarks Wednesday fired up protestors with charges that the election had been stolen but called for protestors to demonstrate at the Capitol "peacefully." He later released statements calling for peace and for supporters to "go home now."

A number of Trump officials have resigned, including Transportation Secretary Elaine Chao. Meanwhile, Democratic leaders have called for Trump to be removed from office either by the 25th Amendment or by impeachment.

De Blasio backed those calls, while noting that it was close to the end of Trump’s term in office.

"I'm not missing the fact that the impeachment proceeding or the use of the 25th Amendment is hard to believe that can happen in two weeks’ time, but it should happen," he said. "It should happen because he literally attacked the government of the United States of America – that’s treason."

The 25th Amendment includes a section allowing the vice president and a majority of Cabinet members to declare a president "unable" to perform the job.

A Trump administration official told Fox News on Thursday that Pence has not been involved in any 25th Amendment conversations. Another source who has been in direct contact with several Cabinet members told Fox News that there has been no discussion.