San Jose, California (CNN Business)Elizabeth Holmes is set to resume testifying in her criminal trial Tuesday, marking her sixth day on the witness stand, and her second day of being questioned by the prosecution. Some of the focus may be on two words she’s repeatedly cited in her defense: “trade secrets.”

During her time on the stand, the former CEO and founder of Theranos has cited “trade secrets” as rationale for why the company concealed use of commercially sold lab equipment to test patient samples; why the company went after whistleblowers it discovered were talking to then-Wall Street Journal reporter John Carreyrou; and why it was aggressive in trying to quash his investigation that published in October 2015 and upended the company.
Assistant US attorney Robert Leach is expected to grill Holmes about the trade secrets point on Tuesday, which marks the fourteenth week of her high-profile trial. Indeed, Leach’s frustration with the trade secret defense became evident last Tuesday. 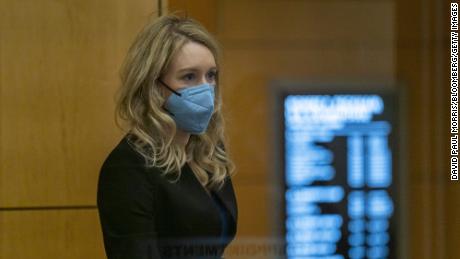 When Leach asked Holmes about whether she wanted to “get ahead of the story” when she learned Carreyrou was reporting on Theranos, she testified: “We wanted to make sure our trade secrets weren’t disclosed.” Leach quipped: “I understand your answer about trade secrets. I’d like an answer to my question, please.”

When Leach asked whether Holmes sent the law firm of David Boies — a high-powered attorney who was an investor and board member for Theranos — to threaten employee-turned-whistleblower Erika Cheung, Holmes again invoked trade secrets. Leach replied: “You keep injecting that comment of trade secrets into your answer, and we’ll get to that.”

And when Leach asked whether Holmes reached out to media mogul and Theranos investor Rupert Murdoch in an attempt to have the executive chairman of News Corp (which owns The Wall Street Journal) intervene on Carreyrou’s story, she cited the term once more. “It was part of my effort to get Mr. Murdoch to make sure that our trade secrets were not published,” Holmes testified.
Leach replied: “You keep injecting trade secrets, and I promise we will get to trade secrets.”
Holmes also cited trade secrets as the reason why Theranos was not open about its use of third-party blood-testing machines, including with Walgreens, its key retail partner. She testified this qualified as a trade secret because Theranos had “made inventions” on the equipment, altering them to process small amounts of blood.
Holmes, once hailed as the next Steve Jobs, is fighting nine counts of wire fraud and two counts of conspiracy to commit wire fraud over allegations she misled investors, doctors, and patients about her company to take their money. She faces 20 years in prison and a fine of $250,000, plus restitution, for each count of wire fraud and each conspiracy count. She has pleaded not guilty. 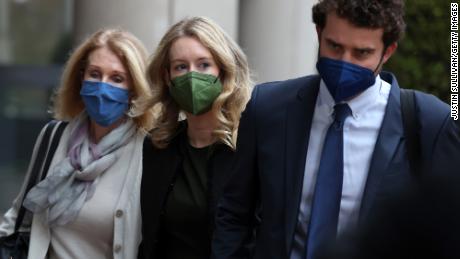 Holmes is the third witness the defense has called and she is expected to be one of the final witnesses before it rests its case. The government, over the course of 11 weeks, called 29 witnesses, including scientists, doctors, retail executives, former employees and even a former Defense Secretary, to make its case. The defense first called a paralegal for the law firm representing Holmes who introduced a number of documents into evidence, followed by a former Theranos board member who joined after the startup’s downward spiral had begun.
In what was the most emotionally charged moment of her time on the stand so far, Holmes testified that she was raped as a student at Stanford (which she said contributed to her decision to drop out and focus on building a company) and then claimed she entered into a decade-long psychologically, emotionally and sexually abusive relationship with Ramesh “Sunny” Balwani, Theranos’ COO. Balwani, in court filings, has denied the allegations.

In pre-trial court filings, the defense indicated it may call clinical psychologist Dr. Mindy Mechanic to testify as an expert in its case. Mechanic, whose work focuses on the psychosocial consequences of violence, trauma and victimization, evaluated Holmes for 14 hours, and also conducted interviews with her family members, according to court filings.(The government was also able to have an expert evaluate Holmes, which it may introduce in response to Dr. Mechanic’s testimony, should she testify.)
Holmes’ trial, which has faced a number of delays and setbacks, appears to be nearing its end. After jurors were excused last Tuesday, Holmes’ defense attorney Kevin Downey indicated that the defense’s case would “not last the balance” of this week after Holmes’ testimony concludes. The trial, which is taking place in a San Jose federal courtroom, is also in session Wednesday, Thursday, and Friday.
Source: Read Full Article