WASHINGTON – The Trump White House began to privately pressure then-Deputy Attorney General Jeff Rosen to look at baseless allegations of voter fraud just before he was about to step in as acting head of the Justice Department in December — and even as then-Attorney General William Barr had publicly acknowledged the agency had found no evidence of widespread fraud that would’ve changed the results of the election.

A trove of emails released Tuesday by the House Oversight and Reform Committee show a persistent pressure campaign in the days leading up to Jan. 6, when former President Donald Trump’s supporters stormed the U.S. Capitol to keep Congress from counting state-certified Electoral College votes. The emails also show how top Justice Department officials, unconvinced about the merits of the voter fraud allegations, resisted calls from the White House to investigate the claims.

In one Jan. 1 email, White House Chief of Staff Mark Meadows sent Rosen a link to a YouTube video about a debunked theory that votes were switched from Trump to Joe Biden at the U.S. Embassy in Rome. Rosen forwarded the email to then-Acting Deputy Attorney General Richard Donoghue, who called it “pure insanity.”

Less than an hour later, Meadows asked Rosen to have a Justice Department official look into signature anomalies in Fulton County, Georgia.

“Can you believe this? I am not going to respond to the message below,” Rosen said as he forwarded Meadows’ email to Donoghue.

“At least it’s better than the last one, but that doesn’t say much,” Donoghue responded.

Rosen also said he was asked to have the FBI work with an associate of Rudy Giuliani, the former president’s personal attorney who was at the forefront of false voter fraud claims.

“I flatly refused, said I would not be giving any special treatment to Giuliani or any of his ‘witnesses,’ and re-affirmed yet again that I will not talk to Giuliani about any of this,” Rosen said in an email to Donoghue.

The emails were released ahead of a second House Oversight Committee hearing on the deadly assault on the Capitol. During the first hearing in May, Rosen defended the Justice Department’s response to the attack, saying 500 agents and officers were sent to the Capitol to help police.

This story will be updated. 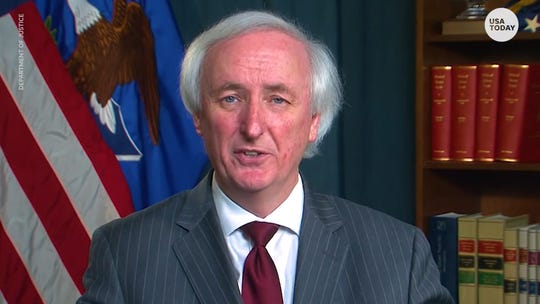