The proposals, if adopted by Congress, could ultimately expose Silicon Valley giants to more litigation by removing their ability to invoke a critical 1996 law to shield themselves from lawsuits arising over terrorist content, child abuse material, cyberstalking and other user posts that appear on their platforms and violate federal law.
“A reassessment of America’s laws governing the internet could not be timelier,” read a document released by the Justice Department outlining the proposals. The pandemic, it argues, has forced Americans to rely on internet services “more than ever.”

The initiative aims to place limits on Section 230 of the Communications Decency Act, which has previously been called the 26 words that “created the internet.” And it would establish more specific criteria for how platforms could qualify for liability protections, such as requiring platforms to cooperate more closely with law enforcement requests for user data.
The proposals from the Justice Department come as Democrats and Republicans in Congress are ratcheting up their criticisms of the major tech platforms — and in some cases calling to rethink how liable these platforms should be.

Missouri Sen. Josh Hawley on Wednesday introduced his own legislation that would give consumers the ability to sue tech platforms over allegations of anti-conservative bias. Hawley, who is also critical of Section 230, said Facebook (FB), Google (GOOGL) and Twitter (TWTR) have used their power to “silence political speech from conservatives without any recourse.” Despite the allegations, user engagement data suggests conservative voices are in fact among the loudest and most engaged on platforms like Facebook.
On the other side of the aisle, Rhode Island Democratic Rep. David Cicilline, who chairs the House subcommittee on competition currently investigating the tech industry for potential antitrust violations, also suggested openness to removing liability protections for the tech platforms in remarks this week.
“We should question whether companies that serve as increasingly essential communication networks should have business models that profit from this harmful content in the first place,” he said during a virtual event Tuesday hosted by George Washington University. “Whether it’s changing a business model that creates powerful incentives to turn a blind eye to this content, restricting the ability of platforms to harvest people’s data to serve people advertisements, or removing liability protections that shield platforms from liability, it’s critical that policymakers around the world confront this issue in a serious and meaningful way.”
Tech platforms enjoyed a brief reprieve from scrutiny and even some renewed goodwill earlier this year as they held high-level meetings with White House officials, worked to tackle coronavirus misinformation and built digital tools to help fight the pandemic. But in recent weeks, Twitter was attacked by some on the right for flagging a number of Trump’s tweets and Facebook was criticized by people on the left for not doing so.
In response to the proposals from Hawley and the Justice Department, Facebook’s VP of global affairs and communications, Nick Clegg, told reporters Wednesday that Section 230 is what allows the company to moderate all forms of content.
“Changing significantly, or eliminating the balance of responsibilities and provisions about liability in Section 230, means in the end less speech of all kinds appearing online,” he said. 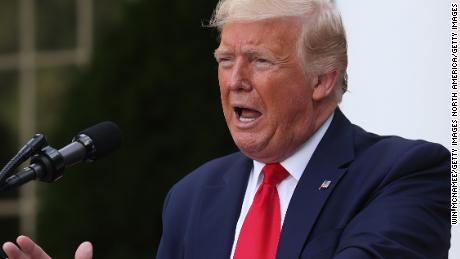 Under the DOJ’s proposal, tech companies would also be unable to cite Section 230 to wriggle out of antitrust lawsuits or civil suits brought by federal agencies.
Last month, Trump signed an executive order that called for re-envisioning Section 230 in hopes of exposing companies like Facebook and Twitter to more lawsuits. That order also helped lay the groundwork for the DOJ’s legislative proposals on Wednesday.
In addition to calling for rethinking the tech industry’s legal shield, some lawmakers, including House Speaker Nancy Pelosi, are also pushing for an advertiser boycott with the potential to undermine the platforms’ core businesses.

On Tuesday, Pelosi said she believed a “combination” of economic and other pressure by brands could persuade the company to crack down on conspiracy theories, misinformation and content that amplifies political divisions. Citing Facebook’s billions of dollars in advertising revenue, Pelosi said advertisers have “tremendous leverage” — and should use it.
Pelosi’s comments come as advocacy groups, including the NAACP, the Anti-Defamation League and Color of Change, have called for brands and marketers to pull their funding from Facebook. On Wednesday, a group led by the NAACP and the ADL launched #StopHateforProfit, a campaign urging companies to pause their Facebook advertising in the month of July.
Source: Read Full Article