The housing market had ground to a halt due to the spread of coronavirus and lockdown measures, with even construction of new houses stopped. With the Government’s new guidelines announced on Monday, construction sites are now able to restart with extended working hours.

The Government has revealed plans to support the construction industry in restarting safely by bringing in flexible and extended operating hours.

These will be implemented where appropriate and with local consent.

Sites will be able to apply to extend working hours with immediate effect, to 9pm Monday to Saturday in residential areas, and beyond this in non-residential.

Now a scheme to help key workers get on the property ladder has been announced.

Read More: First time buyers: How to save for your first home in lockdown 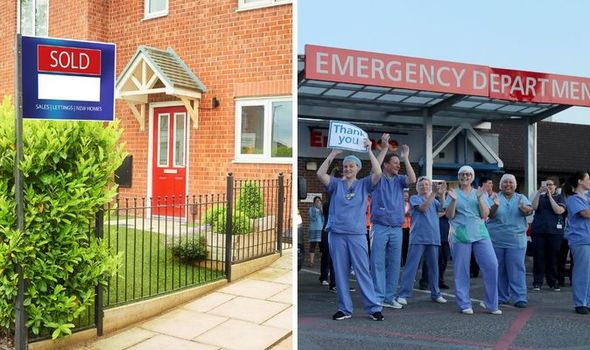 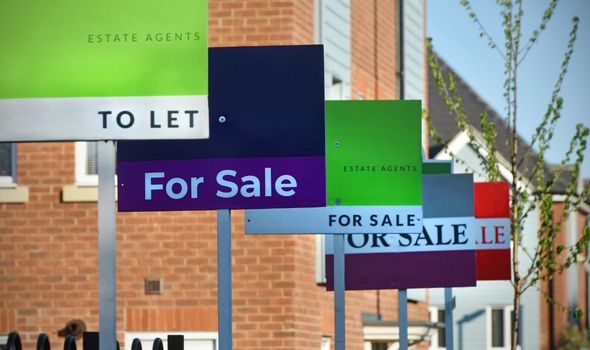 How much discount will NHS workers get in the First Homes programme?

Housing Secretary Robert Jenrick explained how the construction industry would be getting back on track, at Wednesday’s press conference.

He also explained how the First Homes programme – which will be available later this year – will give a 30 percent discount for key workers.

“We need to get building again, and Britain needs that. 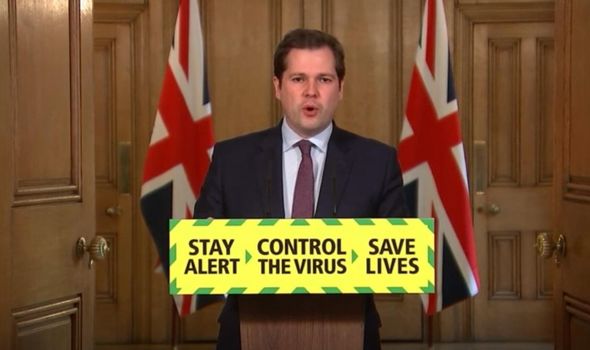 “It’s something this Government has always committed to, and something our ambitious First Homes programme will do later this year, with a 30 percent discount on new homes for key workers.”

He added: “We want [those homes] to be ready as soon as possible, and that’s just one of the key reasons I’m keen to get construction up and running.”

To prevent crowds at rush hour, workers have been told to walk, drive or cycle to work where possible – but businesses have also been asked to vary the start and end of shifts to ease pressure on public transport.

Mr Jenrick said: “Varied start and finish times will make it much easier for sites to observe social distancing, take the pressure off public transport like the tube in London, and keep Britain building.”

He also thanked housebuilder Taylor Wimpey, which has restarted construction on the majority of its sites and begun removing employees from the furlough scheme.

However, MPs have shared concerns about safety after the Housing Secretary declared the home-selling sector is “back in business”.

The Government has published guidance which eases restrictions on estate agents, which Mr Jenrick said was to help with the “most radical restarting of an industry in the first phase of our national recovery road map.”

In a statement to MPs, Mr Jenrick said: “We want to be clear, each of the building blocks of the buying and the selling process are now back in business, as long as they can be done safely.” 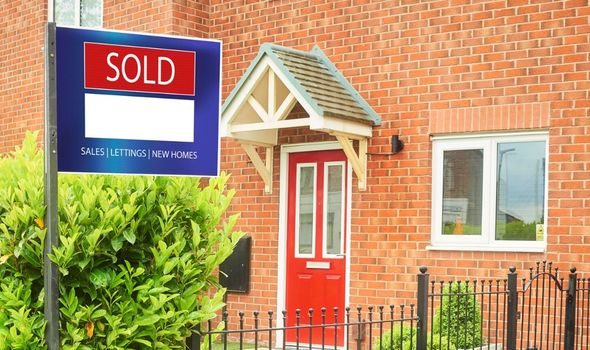 He added: “This is the most radical restarting of an industry in the first phase of our national recovery road map.

“This was not an easy decision to make. With few if any transactions there is no visibility and no precedent with which to accurately judge the state of the housing market.

“But I do know that in every economic recovery in modern British history the housing market has been key.

“So let me be clear to all who work in the sector, have started a business in it, have invested in it, or rely upon it, I’m doing everything I can to help the industry bounce back.” 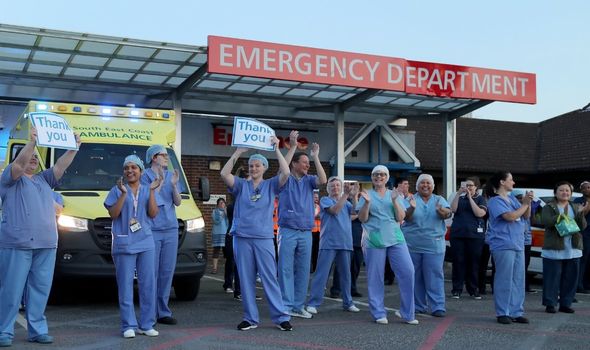 Meanwhile, Labour’s shadow housing secretary, Thangam Debbonaire, said the Government had ignored those at risk of being forced from their homes.

She told the Commons: “This crisis has taught us that if anyone is struggling, we’re all affected.

“The announcement focused on those who want to move home but it ignored those who are at risk of being forced.

“(Mr Jenrick) talked of show homes but not about people with no homes and we’ve shown that when we work together we can virtually eliminate street homelessness in days. There must be no going back, but people in emergency accommodation face that.”

Mr Jenrick responded: “With respect to rough sleeping, well I pay tribute to everybody who has been involved in the tremendous national effort so far bringing 90% of those people who are sleeping rough on our streets at the onset of the crisis into safer accommodation.

“But now we are in the next phase of that challenge and I don’t underestimate how difficult that will be.”

The Labour chairman of the Commons Housing, Communities and Local Government Select Committee, Clive Betts, called on the Government to consider Spanish-style low-interest loans to tenants to help them pay their rent, plus increasing grants to housing associations and councils to help the construction industry to keep building more social homes for rent.

The housing secretary replied: “Well we’re thinking very carefully about what more we can do to protect them.”