New York (CNN Business)After a year of hype and anticipation, HBO Max finally had its Hollywood premiere on Tuesday.

WarnerMedia, CNN’s parent company, unveiled the service at a lavish media event from the Warner Bros. studio in Burbank, California. Even the iconic Warner Bros. water tower was blanketed with an HBO Max logo for the occasion.
WarnerMedia CEO John Stankey, Bob Greenblatt, WarnerMedia’s chairman of entertainment and direct-to-consumer, and other executives from the company were on hand to give the world its first glimpse of HBO Max as well as details about the service’s pricing, content offerings, user platform and subscription forecasts. 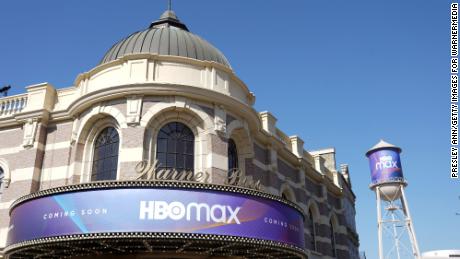 The service will launch in May 2020 at a price of $14.99 a month. At that price point, HBO Max costs twice as much as Disney+ and Apple TV+, which cost $6.99 and $4.99 per month, respectively. It’s also more than Neflix’s standard plan, which costs $12.99 per month.
For existing HBO subscribers, the streaming service will be available at no extra charge.

HBO’s hit shows, Warner Bros. blockbusters and bingeable television classics like “Friends” and “The Big Bang Theory” will be on the platform, contributing to the more than 10,000 hours of programming.
Greenblatt said that HBO Max’s library might be smaller than its competitors, but human curation will help consumers cut through the options, leading to a more personalized experience. A smaller catalog also filters out “filler no one watches,” he said.

HBO Max has been a major priority for WarnerMedia and its parent company AT&T (T) since the telecom giant completed its acquisition of Time Warner last summer in an $85 billion deal.
“We’re all in,” Stankey told press and investors on Tuesday, adding that streaming is the “next great opportunity” to grow its audience.
The service is a big bet for AT&T and WarnerMedia as tech and legacy media companies attempt to keep up with the changing tastes and viewing habits of consumers. AT&T said Monday that it intends to spend about $2 billion on HBO Max in the next two years.
But HBO Max is just one of several services vying for the limited time and money of consumers hungry for prestige content.
Apple is launching its streaming service on Friday, Disney launches Disney+ early next month and NBCUniversal’s Peacock is set to debut next spring.
Each looks to take on Netflix, Amazon Prime Video and other streaming incumbents that have accumulated millions of subscribers in recent years.
AT&T projects that HBO Max will have 75 to 90 million subscribers worldwide by 2025, with 50 million coming from the US.

What HBO Max has to offer

Despite the abundance of options, however, one of HBO Max’s strongest selling points is its content.
Most notably, the service will be the exclusive home of “Friends,” one of the most popular sitcoms in TV history. WarnerMedia reportedly spent hundreds of millions of dollars to secure the streaming rights to the show, which has been one of Netflix’s most popular titles. It will be exclusive to HBO Max for five years starting in 2020.
The service will host children’s programming from Looney Tunes, Hanna-Barbera, Cartoon Network and “Sesame Street.” It will have new series called “Max Originals,” beloved shows like “The West Wing,” “Rick and Morty,” “Pretty Little Liars” and “The Fresh Prince of Bel Air” as well as other series from the company’s cable brands like TNT and TBS. 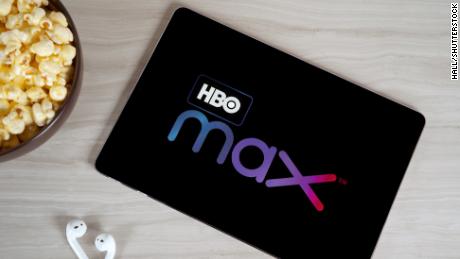 “South Park” will also be exclusive to the service. All 23 seasons of the raunchy animated satire will be available on the service and new episodes of the Comedy Central series will debut on HBO Max 24 hours after they’ve premiered on the network.
HBO Max also has plenty of options for cinephiles with over 1,800 films to choose from.
The service will have Warner Bros.’ extensive film library, the Criterion Collection and Turner Classic Movies. It will also be the home to foreign films from the Japanese animation studio, Studio Ghibli, marking the first time the studio’s revered films have been available for streaming. It will include classics like “2001: A Space Odyssey,” franchises like “The Lord of the Rings” and every DC film including “Joker.”

And HBO Max is working with some big names behind the camera too.
The company has inked deals with J.J. Abrams, as well as Greg Berlanti and Reese Witherspoon, all of whom are producing original content for the service.
Source: Read Full Article