One-fifth of JobKeeper payments made to major listed companies in the second half of 2020 went to firms who grew their profits during the pandemic, sparking fresh concerns the $83 billion scheme has been abused by parts of corporate Australia.

Fresh analysis from corporate governance advisory firm Ownership Matters has shown 66 of the ASX’s top 300 companies claimed a total of $1.38 billion in JobKeeper payments for the six months to the end of December. 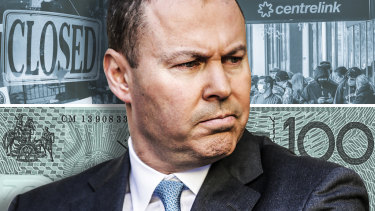 Of those, 58 reported positive profit figures during the period and about half (34 companies), told investors their underlying earnings had improved compared to pre-pandemic levels. These companies remained eligible for a total of $284 million handed out through the JobKeeper program.

Ownership Matters director Dean Paatsch said the figures showed many of the companies who received JobKeeper may have not actually needed the subsidy.

“Some shareholders have been hit in the bum by a JobKeeper rainbow — 90 per cent of companies that got the subsidy were making money, but it’s staggering that 50 per cent of those who pocketed $284 million for the half, were making more money than they were in 2019.”

Major companies have been under increasing pressure in recent months to repay JobKeeper stipends if their profits grew over the first half of 2021, with critics saying the program’s intention was not to bolster corporate bottom lines or executive bonuses. 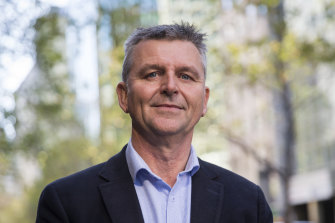 A number of companies have pledged to return JobKeeper funds, with Super Retail Group, Cochlear, Iluka, Collins’ Foods, Nine Entertainment (owner of this masthead) and Domino’s all contributing to the $100 million committed to be repaid among ASX300 entities.

However, a number of major recipients have snubbed calls to repay the amount they claimed under the scheme despite JobKeeper contributing significantly to their profits. Car dealership Eagers Automotive was one, with the company reporting $156 million in profits off the back of $130 million in JobKeeper payments. Retailer Harvey Norman has also said it won’t repay JobKeeper, arguing instead it would effectively pay back the subsidy by paying higher taxes on its profits.

For the 28 companies that told investors their businesses had improved over the pandemic, JobKeeper payments accounted for just 20 per cent of their gains in underlying earnings.

“The group that were trading better than they were [in 2019] got roughly 20 per cent of all of the JobKeeper that went to ASX300 companies over the half,” Mr Paatsch said.

Ownership Matters highlighted casino operators Star and Crown, along with G8 Education and Southern Cross radio as companies were JobKeeper payments made the greatest impact on their underlying earnings.

“As these entities were significant beneficiaries of government subsidies in periods where they reported positive earnings metrics, investors should closely scrutinise the sustainability of earnings in future periods as government assistance is being wound back,” Ownership Matters wrote.

JobKeeper was announced last March, and the program allowed businesses to receive a $1500 a fortnight payment for each eligible employee. Businesses needed to demonstrate or forecast a 30 or 50 per cent decline in revenue to be eligible.

JobKeeper payments to public companies represent just three per cent of the total amount paid to companies as part of the $83 billion scheme, with the vast majority flowing to private companies that are not required to share the same level of detail about their finances.

Labor MP Andrew Leigh, who has been a major critic of JobKeeper, said the findings of the study suggested billions of dollars may have been wasted on firms that did not need support. “If the Morrison government had been more careful in designing the program, it wouldn’t have to cut it off at the end of March, potentially making 250,000 people jobless.”

Treasurer Josh Frydenberg has consistently defended JobKeeper, saying it helped saved hundreds of thousands of jobs across the economy. “JobKeeper has helped save jobs. That is what it was intended to do,” he said earlier this month.

Mr Paatsch pointed out the Australian scheme contrasted to the UK furlough scheme, where companies were only paid for staff that could not work. “Many companies benefited by up to $19,500 per worker and their staff continued to work productively once restrictions lifted”, he said.

“JobKeeper was designed for armageddon, and when that didn’t transpire the government was obliged to keep paying,” he said. “It’s very clear now that was a significant benefit to many shareholders.”

More transparency from the government would be welcome, Mr Paatsch said, especially given the lack of oversight over 97 per cent of the program’s claimants.

Our Morning Edition newsletter is a curated guide to the most important and interesting stories, analysis and insights. Sign up to The Sydney Morning Herald’s newsletter here, The Age’s here, Brisbane Times’ here, and WAtoday’s here.