Everywhere you look there is talk about how states should run their elections, and about how to reform state election processes.  Running a close presidential election in a pandemic, with unprecedented, last-minute changes to voting systems by courts and legislatures seems to have sharpened the nation’s focus on the critical need to preserve the credibility of our electoral systems.

And on Tuesday the U.S. Supreme Court will hear a case out of Arizona that will help set the rules of the road as states consider reforms. The case, Brnovich v. DNC, was filed by the Democratic Party in 2016.

It challenges two aspects of Arizona’s voting system that are common across the nation: a rule that requires Election Day voting be done at a voter’s assigned precinct, and a limit on organized ballot trafficking, which ensures that only election officials, mail carriers, family or household members, or caregivers may collect a voter’s early ballot. For both provisions, the Democratic Party claims that the laws cause racial disparities in voting.

Perhaps no case better illustrates the political left’s current animosity to even the most commonsense election protection measures, or its willingness to use unsupported race-based allegations to attack them in court and in public.

Arizona has a voting system that any reasonable observer would think makes it extraordinarily easy to vote. The state offers online voter registration and allows anyone to vote by early ballot for any reason.

For the 27 days before Election Day, Arizona voters can vote in-person at any early voting center or return an early ballot by postage-free mail or hand delivery. And Arizonans take advantage of these opportunities – in 2016, long before the pandemic, about 80% of ballots cast were early ballots.

Arizona has, if anything, a voting system that might err on the side of too little protection. Early ballots are mailed by the millions to voters’ homes, to be returned in a sealed green envelope. Arizona strives to protect the secret ballot and prevent undue influence, voter fraud, ballot tampering and voter intimidation by limiting who can handle an unvoted early ballot and through its ban on unlimited ballot trafficking by campaigns and political operatives.

But the only confirmation of a voter’s identity comes from his or her signature on the ballot envelope. Checking that signature against voting records is the only method of verifying the identity of voters for the vast majority of ballots in Arizona.

Most Americans want additional ballot safeguards, including photo ID laws, but the Democratic Party thinks there should be even fewer protections than these commonplace measures Arizona relies on.

Never mind that Arizona provides ample opportunities and methods of casting a ballot.

Never mind that Arizona’s ban on ballot trafficking follows the recommendation of a 2005 bipartisan election reform commission headed by former President Jimmy Carter and Secretary of State James Baker, which urged states to abolish the practice.

Never mind that the North Carolina Board of Elections unanimously invalidated a congressional election in 2018 over evidence of fraud perpetrated through ballot trafficking.

And never mind that the acting solicitor general just confirmed in a letter to the Supreme Court that “neither Arizona measure” violates the law. Even the Biden administration believes Arizona should prevail in Brnovich v. DNC, and went out of its way to say so. 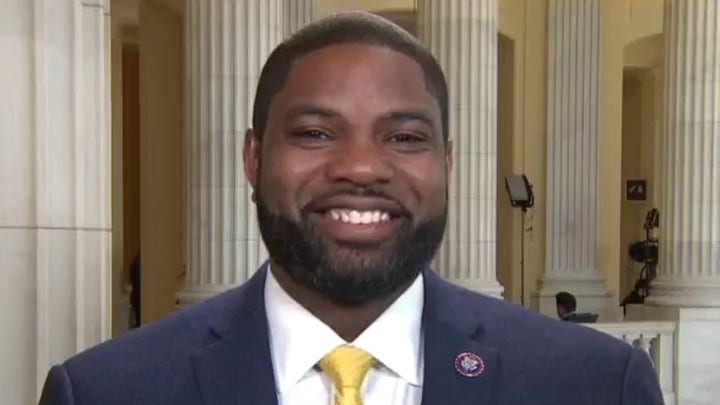 The Democratic Party’s assault on Arizona’s open and accessible voting system illustrates how out of touch the left has become on voting protections. Progressive activists and politicians are pursuing every avenue to weaken voting laws even though, by wide margins, voters in both parties embrace strong safeguards like voter ID laws and vote trafficking bans.

The vast majority of our nation agrees that voting should be as easy as possible without compromising the security and credibility of elections, even as the left spurns this commonsense consensus.

If the Supreme Court backs the DNC’s outlandish approach, it will leave our elections even more confused and chaotic, with practically no state’s laws or regulations safe from challenge. But even if the high court rules in favor of Arizona, Democrats in the U.S. House have proposed – and within days aim to pass – sweeping legislation called HR 1.

Among its 800 pages are measures that fly in the face of mainstream consensus, including undoing voter identification laws across the country and allowing unchecked ballot trafficking by paid operatives recruited to win elections.

But first, all eyes will be on Brnovich v. DNC. Democracy depends on safeguards that bring confidence and credibility to elections.

Hopefully, the Supreme Court will sweep aside the fringe approach of the Democratic Party and provide much needed clarity to states as they work to make it both easier to vote, and harder to cheat.