Lots of people will write smart things about Amazon’s strategy with Metro-Goldwyn-Mayer, the movie studio that Amazon said it would purchase for $US8.45 billion ($10.9 billion). But I want to ask a more basic question: Why?

Not why is Amazon buying MGM, which owns the rights to James Bond and “RoboCop.” Presumably, Amazon will use it to mine ideas for fresh series and movies for its Prime Video streaming entertainment service. No, I am asking, Why does Amazon have a streaming video service at all?

Is video a valued perk for Prime members or a multibillion-dollar vanity project for Amazon? 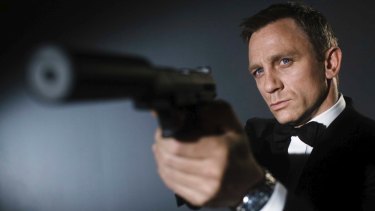 Daniel Craig as James Bond in Quantum of Solace: MGM owns the rights to the iconic franchise.

On the rare occasions that Amazon executives have discussed their goals for Prime Video, they have focussed on the power of loyalty. They say that including a video service in Prime is one more reason for people to stick with Amazon’s membership program and feel as if they are getting good value from both package shipping at no added cost and “Bosch” on demand. Households with Prime memberships typically spend $US3000 a year on Amazon, more than twice as much as what households without the membership spend, according to Morgan Stanley.

Amazon has said that people who use Prime Video are more likely to renew their memberships each year or pay up if they are on free trial programs, and they buy more products from Amazon. But in his new book about Amazon, journalist and author Brad Stone suggests this might not be entirely true.

He writes that some Amazon employees who worked in the entertainment division analysed how many Prime members watched shows and then extended their Prime memberships or signed up. “There was little evidence of a connection between viewing and purchasing behaviour,” Stone writes. “The truth was this: Bezos wanted Amazon to make TV shows and films.”

The divergence between the stated goals of Prime Video and the perhaps more pedestrian reality highlights a dichotomy of Amazon and other technology superpowers. They are so rich and successful in some areas that they can afford to flail in others.

“There was little evidence of a connection between viewing and purchasing behaviour. The truth was this: Bezos wanted Amazon to make TV shows and films.”

Amazon’s success in online shopping and cloud computing — and, importantly, the belief among both fans and detractors that the company is a powerful and disruptive genius — has papered over Amazon’s questionable strategies in groceries and in streaming. And it has reduced the urgency to fix a clunky online shopping experience that we cannot always trust and that feels as if it has not been updated since the 1990s.

Facebook’s and Google’s wildly profitable advertising businesses prop up their inability to figure out what to do with … well, almost everything else that those companies are involved in, including Facebook’s fumbles to turn WhatsApp into a business and Google’s years of struggles in online shopping. I do not know whether to find it comforting or scary that these companies are simultaneously crazy smart and at times stumbling in the dark.

In Prime Video, we do not hear Amazon executives justifying the expense or pitching its value to Prime members. The lure of fast and no-cost shipping might be enough. Or would Prime members be more loyal if the company offered different perks — say, free internet service, online fitness classes, access to personal shoppers or more Kindle books? Walmart’s version of Prime throws in discounts at some petrol stations.

I do not know if any of these are compelling alternatives, but I also do not know that video is an alluring add-on to Prime. Only Amazon knows, really, and it is not telling.

There is a chance Amazon is playing a very long game with Prime Video. I can envision a future in which Amazon uses ads on Prime Video and its other online video sites to get us interested in new products and then sells them to us, too. Amazon would encompass the entire life span of shopping from “Huh, that looks interesting” to clicking buy. (Stone suggested that possibility in a recent newsletter.)

Or maybe I am falling into the trap of assuming that there must be a grand design behind what Amazon and other superstar companies do. Perhaps making movies is just kind of cool.