The corporate watchdog has been challenged over its decision to not investigate widespread cheating by KPMG Australia staff on tests covering ethics, independence and audit quality because it lacks the mandate to do so.

The prestigious accounting firm shocked business circles when it was fined $613,000 by the US accounting watchdog in September after a review found widespread cheating by staff on training tests over a four-year period. 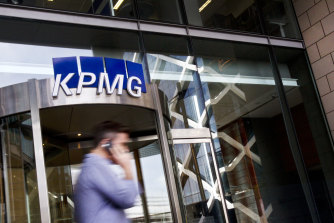 KPMG was fined $613,000 by the US accounting watchdog in September after a review found widespread cheating by staff on training tests over a four-year period.Credit:Ryan Stuart

That review by the US Public Company Accounting Oversight Board (PCAOB) found more than 1000 staff members, or 12 per cent of KPMG’s Australian staff, had cheated on important professional compliance tests that ensure staff members are aware of various laws and accounting standards. The US watchdog found that around a quarter of the cheaters were ASIC-registered auditors working at the firm.

But the Australian Securities and Investments Commission told a Senate estimates hearing on Thursday that it was powerless to hold KPMG to account because the firm had not broken the Corporations Act when its staff members cheated on the tests.

“ASIC followed with interest the PCAOB review of KPMG. Our sense at this stage is that we do not have a regulatory or core mandate to take action against KPMG in regards to the matters that were looked at by the PCAOB because the rules that establish the PCAOB’s jurisdiction over those matters are highly different to ASIC’s mandate,” ASIC commissioner Sean Hughes said.

“We register individuals to conduct audits and the particular matter that was reviewed by the PCAOB related to internal training, and that does not give rise to a breach of the Corporations Act which would enliven our jurisdiction.”

“We can only enforce the laws that we have,” Mr Hughes added. 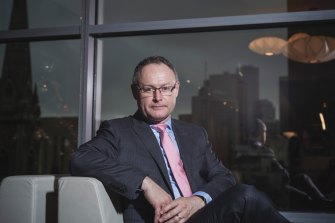 Commissioner Sean Hughes has defended how ASIC dealt with the matter.Credit:Josh Robenstone

“So an Australian company has been fined by an overseas watchdog for cheating in Australia and yet because we don’t have an adequate regulatory mandate in Australia, the Australian watchdog appears to be unable to take action,” Mr McKim said.

“If the legislation is inadequate, why has ASIC not gone to government and ask government to improve the legislation to provide ASIC with a regulatory mandate in these areas, or is it just going to be ‘just let it go’, and it’s fine for one of the big four accounting firms in Australia to blatantly cheat in the way that over 1000 of them did?”

‘We can only enforce the laws that we have.’

“I don’t think anything in my answers would suggest that it was okay, and we view the conduct with I think the same disappointments that you’ve expressed,” he said.

“It would be unfair or inaccurate to say there’s been no response and the PCAOB is the appropriate body that has exercised its jurisdiction like action against the individuals involved and KPMG.”

Mr Hughes said he would take on notice whether ASIC had asked the government to devise new rules so it could hold firms to account for cheating.

In 2015, ASIC also decided not to investigate Macquarie Group over widespread cheating by its financial planners that was revealed by The Age and The Sydney Morning Herald. Macquarie’s financial planning arm was at the time of the report already subject to a two-year enforceable undertaking in regards to poor customer outcomes in part caused by inappropriate advice. That undertaking was later extended to three years.

The PCAOB noted that it would have issued a much steeper penalty if not for the Australian accounting group’s self-reporting and cooperation during the review undertaken by the US watchdog.

KPMG has previously said it took disciplinary action against 1131 people for testing-related misconduct including verbal or written cautions.

Forty-six staff members also had their pay packets docked over the scandal, while two senior partners retired from the firm.