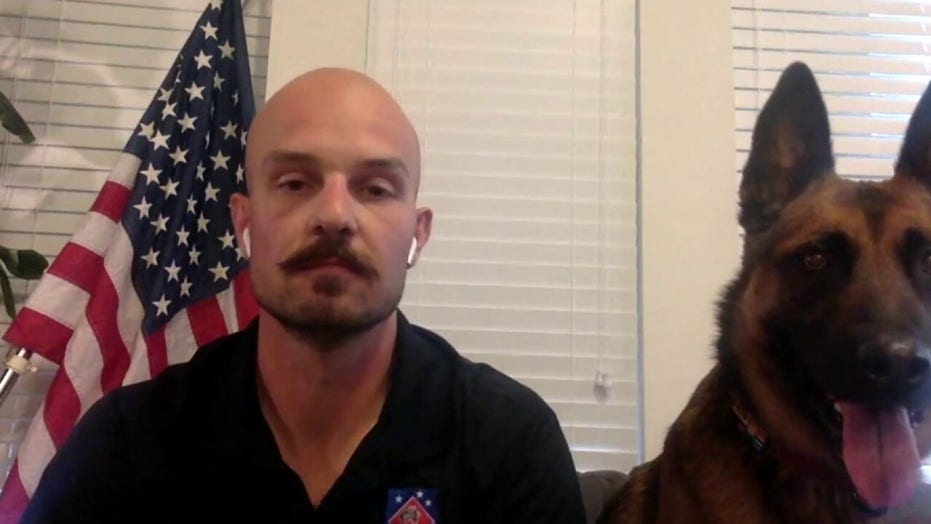 Staff Sergeant Alex Schnell, who is featured on ‘Hero Dogs’, joins Eric Shawn to discuss the show and his experience training these heroic canines.

The courageous K-9 soldier that helped take down Usama bin Laden is featured on an all-new episode of Fox Nation’s “Hero Dogs.”

The series presidents stories of our four-legged friends who have served their communities and America, told by the heroes who served by their sides.

Cairo, a 70-pound Belgian Malinois attached to SEAL Team Six, has done everything from skydiving to fast roping. After being wounded on the battlefield, Cairo returned to the fight and helped take down bin Laden when the Al Qaeda terror leader's Pakistan compound was raided in May 2011.

War dogs are trained to use their keen sense of smell to seek out enemies who may be hiding inside buildings – and Cairo did just that.

“Cairo did his job well, it was a pretty amazing thing to see,” Cairo’s companion says.

Other episodes of “Hero Dogs” focus on Remco, who helped search for Bowe Bergdahl in Afghanistan; and Boomer, who saved his owner from an armed assailant. More stories feature a Labrador Retriever named Judge helped hunt down arsonists and a decorated sheriff’s K-9 who helped save several lives.

CLICK HERE TO START A FREE TRIAL OF FOX NATION

To watch every episode of "Hero Dogs" and many more shows and series, go to Fox Nation and sign up today.

Fox Nation programs are viewable on demand and from your mobile device app, but available only for Fox Nation subscribers. Go to Fox Nation to start a free trial and watch the extensive library from Tomi Lahren, Pete Hegseth, Abby Hornacek, Laura Ingraham, Greg Gutfeld, Judge Andrew Napolitano and many more of your favorite Fox News personalities.