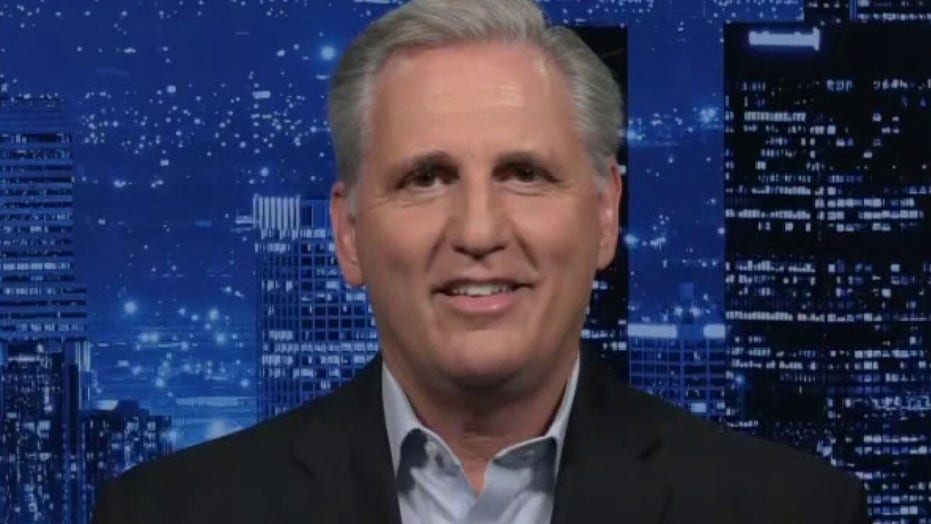 "The Democrats have a China problem," according to House Minority Leader Kevin McCarthy, R-Calif., who appeared on "Watters' World" on Saturday.

"I don't know what China, the Communist Party, has on the Democrats, but it's being very effective that they're holding back any accountability to China and the ability for us to go in, not only to punish them for the virus," McCarthy said. "But they're actually slowing the process down for a vaccine, that they won't punish individuals when they want to hack into it."

CHINA THREATENS RETALIATION AFTER US ORDERS CLOSURE OF HOUSTON CONSULATE

China on Friday ordered the closure of the U.S. consulate in the western city of Chengdu in Sichuan province, in apparent retaliation for the Trump administration ordering China’s Houston consulate closed over accusations of espionage.

McCarthy expressed frustration that House Democrats voted against legislation he authored to sanction China for hacking.

Two accused state-sponsored cyberspies in China were charged with trying to steal U.S. coronavirus vaccine research and millions of dollars in sensitive business and government information.

"They're playing politics with not only lives of Americans, but lives of anybody across the world," McCarthy said. "It is America who will solve this problem. It is American companies that are on the forefront of having a vaccine."

The leader praised President Trump's initiative on China and the coronavirus vaccine.

"It's because of Donald Trump that we have this Operation Warp Speed. The people will write about this for years. How did we come to a vaccine so fast, faster than any in history? … It's the investments he made early on," McCarthy said. "It's the ability that we're going to have to be able to make people safe and secure, not only just in their health care, but in the cities."

"Who in America will feel safe if the Democrats control the country?"

McCarthy tied China and the coronavirus to the recent violence in American cities.

"Can you imagine who feels safe in Portland or Chicago? But who in America will feel safe if the Democrats control the country, let alone these cities? That's why we need Donald Trump — not only to win reelection, but to be able to win the House," McCarthy said. "We have to renew our commitment to the freedoms and the Constitution. We have to restore the American Dream and we have to rebuild the strongest economy that we've ever seen."