In media news today, a former ESPN reporter tells Tucker Carlson about leaving her job over the company’s vaccine mandate, a CNN reporter attempts to clean up Terry McAuliffe’s education comments, and The Washington Post calls for answers on Wuhan lab research

As Election Day in Virginia nears, the media’s invective against parents concerned about their children’s schooling has become more commonplace, with some liberal outlets questioning their intelligence and others depicting them as villains.

Virginia parents have confronted their local school boards over progressive teachings from which they wish to conceal their kids. Instead of heeding their concerns, Democratic gubernatorial candidate Terry McAuliffe had a rather direct message for them during his debate against Republican Glenn Youngkin.

“I don’t think parents should be telling schools what they should teach,” McAuliffe said. 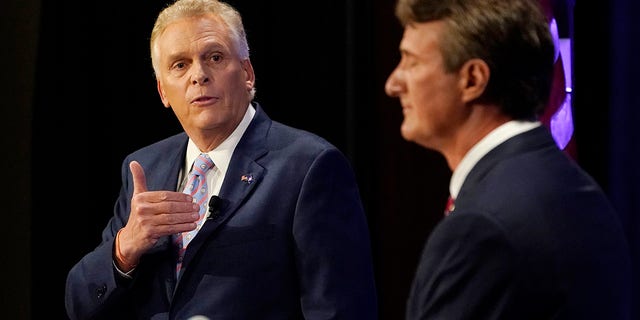 McAuliffe’s comment was so controversial that Youngkin began using it in his campaign ads, warning voters that under McAuliffe they’d have no influence on curricula. But much of the mainstream media appeared to agree with the Democrat, who previously served as governor of the commonwealth from 2014 to 2018.

This week, the Washington Post published a piece titled, “Parents claim they have the right to shape their kids’ school curriculum. They don’t.” The article, co-authored by assistant professor of education at the University of Massachusetts Lowell Jack Schneider and freelance journalist Jennifer Berkshire, called parents “radical” in their new quest.

“Given this frenzy, one might reasonably conclude that radicals are out to curtail the established rights that Americans have over the educational sphere. Yet what’s actually radical here is the assertion of parental powers that have never previously existed,” Schneider and Berkshire wrote.

Education, they continued, “should prepare young people to think for themselves, even if that runs counter to the wishes of parents.” 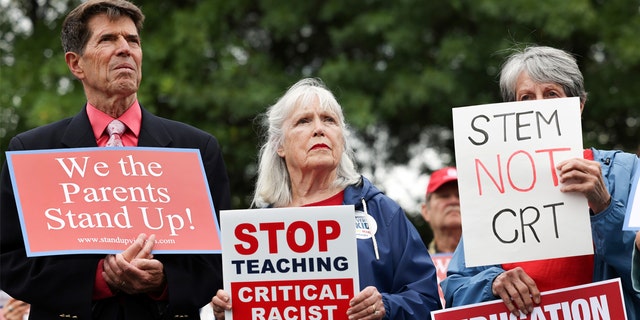 CNN host Chris Cuomo questioned the intelligence of a Virginia parent who expressed concerns about her child being exposed to explicit material in the classroom. Her son, Cuomo noted, was assigned the reading of “Beloved,” a Toni Morrison novel that contains graphic depictions of sex, violence and bestiality while describing the horrors of slavery. Youngkin released an ad arguing in favor of parents getting alerted by schools whenever children are to see explicit content.

“Her son was assigned to read it in an advanced placement English course, it’s college level. Smart kid. The parent? Maybe not so much,” Cuomo said Tuesday.

MSNBC fill-in anchor Jason Johnson seemed to think the worst of parents earlier this month when he suggested they were being motivated by White nationalism.

“To me, is this really about people being upset about mask mandates or are there sort of underlying disruptive forces, White nationalists, anarchists, whatever, in this country, that are using mask mandates and a public health crisis to sort of wage chaos?” Johnson asked.

His colleague, MSNBC host Alicia Menendez, also agreed with her guest, NBC News National Security Contributor Frank Figliuzzi, this month that parents expressing their outrage at school board officials could amount to a national security threat.

Georgetown professor Don Moynihan similarly angered parents with a cartoon suggesting their wanting to decide how best to educate their children was equivalent to passengers thinking they could fly an airplane better than the pilot.

Parents aren’t finding many friends in the Biden administration, either. The Senate Judiciary Committee grilled Attorney General Merrick Garland on Wednesday over how the Department of Justice launched an investigation into threats against local school boards across the country, drawing an outcry that free speech was being chilled.

In one of the most fiery exchanges of the hearing, Sen. Tom Cotton, R-Ark., said he was thankful Garland was not on the Supreme Court and that Garland should “resign in disgrace.”

Virginia voters head to the polls on Tuesday.