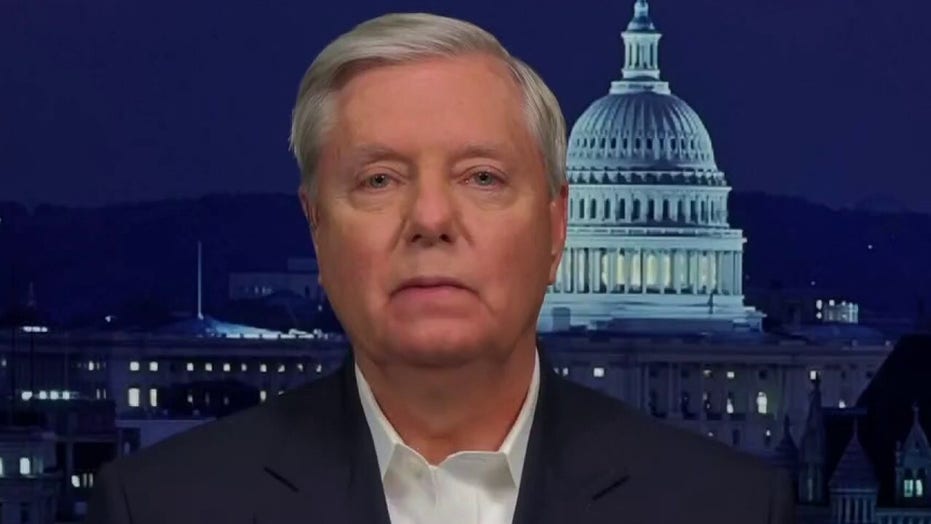 Republican Sen. Lindsey Graham of South Carolina – one of President Trump’s closest allies in the Senate – is warning that impeaching Trump over his comments before last week’s attack on the Capitol is a “rushed process” that “will become a threat to future presidents.”

And in what appeared to be a warning to the growing number of congressional Republicans backing the impeachment push by Democrats – as well as to Senate Majority Leader Mitch McConnell, R-Ky., who sources say is now supportive of the move to impeach the president – Graham wrote in a statement on Wednesday that his GOP colleagues are “doing great damage … to the party.”

Graham released his statement as the House of Representatives began debate on the article of impeachment – which accuses Trump of “incitement of insurrection.” 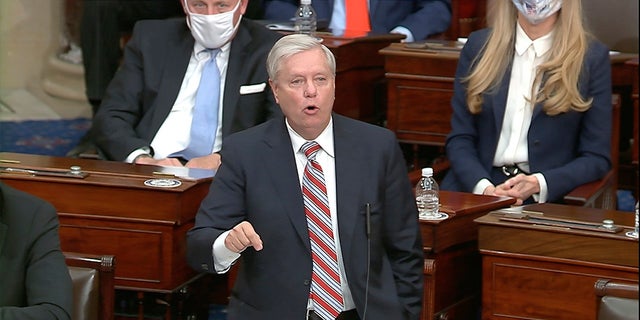 In this image from video, Sen. Lindsey Graham, R-S.C., speaks as the Senate reconvenes to debate the objection to confirm the Electoral College Vote from Arizona, after protesters stormed into the U.S. Capitol on Wednesday, Jan. 6, 2021. (Senate Television via AP)

It says that the president “repeatedly issued false statements asserting that the presidential election results were the product of widespread fraud and should not be accepted by the American people or certified by state or federal officials” before holding a rally in D.C. where he “willfully made statements that, in context, encouraged – and foreseeably resulted in – lawless action at the Capitol.”

But Graham, taking aim at the quick move to impeach Trump with just a week left in his presidency, argued that “the House impeachment process seeks to legitimize a snap impeachment totally void of due process. No hearings. No witnesses. It is a rushed process that, over time, will become a threat to future presidents.”

Graham, who as a congressman in 1999 served as a Republican manager in the House impeachment of Democratic President Bill Clinton, emphasized that impeaching Trump for a second time in his presidency “will further divide the country.”

And the senator – who before he became a close friend and supporter of the president was a very vocal Trump critic as both candidates ran for the 2016 GOP presidential nomination – highlighted that “the president, who will be leaving office in less than a week, has committed to an orderly transfer of power, encouraging calm and rejecting violence.”

Fox News on Tuesday confirmed a New York Times report that McConnell – who worked with the president the past four years to stack the judiciary with staunch conservative judges – is “done with Trump.” Sources told Fox News that McConnell has shared with associates that he believes a second impeachment will help the Republican Party exorcise Trump and Trumpism from its fabric after the president leaves office.

The sources said there’s “no love lost there” between Trump and McConnell and that the Senate Republican leader’s fury is a result of both Trump’s actions before and during the storming of the Capitol and blame McConnell assigns to Trump for Republicans losing their Senate majority after twin electoral losses last week in Georgia’s Senate runoff elections.

Graham, in his statement, warned, “to my Republican colleagues who legitimize this process, you are doing great damage not only to the country, the future of the presidency, but also to the party.”

And he emphasized that “the millions who have supported President Trump and his agenda should not be demonized because of the despicable actions of a seditious mob. The individuals who participated in the storming of the Capitol should be met with the full force of the law. They should and will be held accountable.” 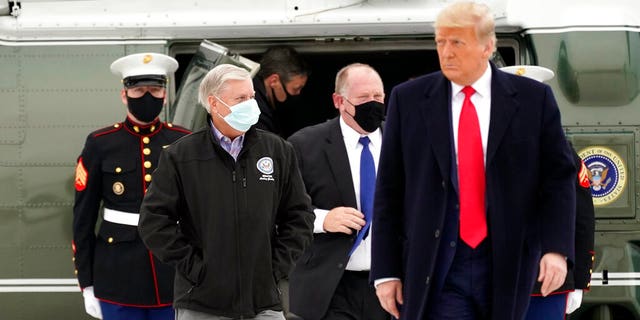 Sen. Lindsey Graham, R-S.C., left, walks with President Donald Trump as they board Air Force One upon arrival at Valley International Airport, Tuesday, Jan. 12, 2021, in Harlingen, Texas, after visiting a section of the border wall with Mexico in Alamo, Texas. (AP Photo/Alex Brandon)

Last week, in a high-profile break with the president following the storming of the Capitol, Graham opposed Trump’s efforts to reverse the election results. “Trump and I, we’ve had a hell of a journey. I hate it to end this way,” Graham said as he supported certification of President-elect Joe Biden’s victory over Trump.

But apparently mending fences with Trump, Graham joined him on Air Force One as the president flew to Texas on Tuesday.