Martin Lewis explained what Britons who have only been self-employed since April 2019 should expect in the way of financial help from the government during the coronavirus crisis. Unfortuntely, Martin concluded that for this section of the population ‘there is no help”.

Taking to Twitter, Martin said in his video: “So let me ask myself some of the questions you’ve been asking me. Sorry if it’s a bit clumsy to do it this way, but clearly in these times sitting at home by myself, I haven’t got anyone to ask me!

“So first question, what about people who have set up firms since 2019? No. As far as the Treasury have told me – and I’ve pushed them on this question – there is no help.

“I know there was a slightly confusing answer about this on Question Time last night. If you watched that, you should have watched my show on ITV, it would have been much simpler!

“But I think what may have been referred to there is the fact that if you had past years’ help before 2019 you can get money here. 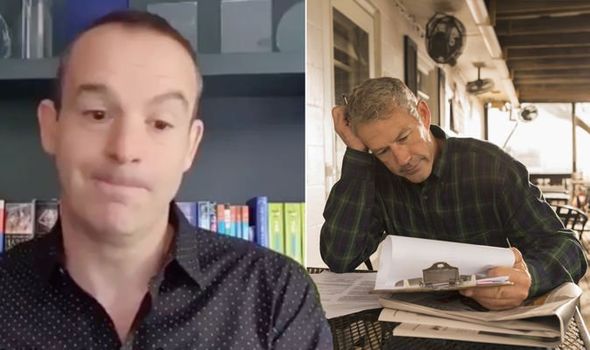 “But as the Treasury have confirmed to me, unless they will change their guidance, if you have only been self-employed since 6th April 2019, you are not eligible for money in this scheme.”

What about those self-employed people who are eligible for cash help from the government?

“Clearly the state has been struggling to set this one up, both defining what is income for the self-employed.

“Is it turnover, is it profit, do we count dividends? And also, how do you this when, unlike employees who are either working or not, for self-employed people, what counts as work?

“So they have come up with a scheme that is arbitrary. They’ve had to do so, but that means there are holes in it, and there are some people who won’t get support and will feel it is very unfair. It’s quite a tough one, but let me run you through it anyway.”

Martin started with the amount the government will pay, and said: “OK, the first thing is, it will pay you up to 80 percent of profits to a maximum of £2500 a month. Now, this is a grant, not a loan, so it is not repayable. It is taxable income though.

“So, for example, if this pushed you into that higher-rate tax band, they would claw back the 40 percent of it and the national insurance on top. You can understand why the state has done that. “You are only eligible for this scheme if 50 percent or more of your earnings come from self-employment. If it’s less, you don’t count.”

Martin then highlighted a difference from this scheme to the one for PAYE employees, and said: “However, interestingly, unlike the employer scheme, with the self-employed scheme, you are eligible for this money, for this grant, even if you are still working. They want to keep your business going.

“So that means effectively, they are helping people who have no work, and whose work has been reduced on the back of coronavirus. They are also, technically, making money available for those people whose business has not been hit on the back of this.

“I’ll leave the moral decision up to you as to whether you will take the money in that case.”