Gates Sr. died peacefully at his home in Washington state. In a lengthy blog post, Gates noted the “quiet influence” his father had on his personal and professional development, both in the early years of Microsoft’s rise to global success in the technology sector and later when he played a key advisory role at the Bill & Melinda Gates Foundation.

“We worked together at the foundation not so much as father and son but as friends and colleagues. He and I had always wanted to do something concrete together.” Gates wrote in his blog post. “When we started doing so in a big way at the foundation, we had no idea how much fun we would have. We only grew closer during more than two decades of working together.”

A U.S. Army veteran, prominent lawyer and philanthropist, Gates Sr. co-founded K & L Gates, one of the world’s largest law firms. He also took an interest in civic matters in the Seattle area, serving as a trustee of the Greater Seattle Chamber of Commerce, Planned Parenthood and United Way.

Gates said that his father provided key legal counsel in Microsoft’s early days. He also served as mentor to former Starbucks chairman Howard Schultz, investing in his bid to buy the coffeehouse chain in 1987 and helping him to stave off a challenge from a rival bidder. 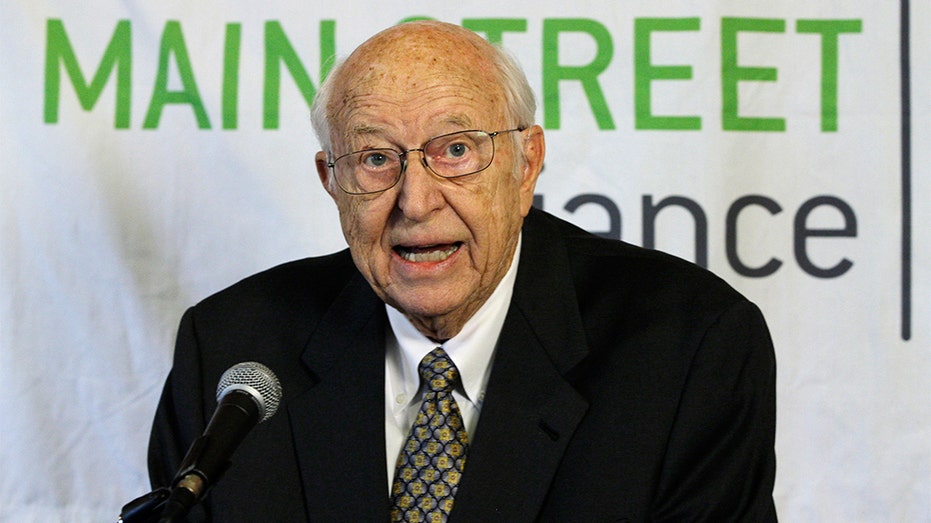 Bill Gates Sr. talks to reporters Wednesday, April 21, 2010, in Seattle about the new initiative campaign he is leading that supports establishing a Washington state income tax on wealthier residents. Organizers, who are expecting a tough political b

Gates credited his father with playing a critical role in the Gates Foundation’s development into a global philanthropic institution.

“The Bill & Melinda Gates Foundation would not be what it is today without my dad,” Gates added. “More than anyone else, he shaped the values of the foundation. He was collaborative, judicious, and serious about learning. He was dignified but hated anything that seemed pretentious.”

The Gates family said a memorial service for Gates Sr. would be held at a future date due to restrictions related to the coronavirus pandemic.