Huckabee: I’m grateful I didn’t have to stop where I started in America

Former Arkansas governor Mike Huckabee slams the left for not appreciating the freedoms in America on ‘Fox News Primetime.’

This Thanksgiving, I’m thankful for democracy and the commonsense of ordinary Americans

MIKE HUCKABEE: I really don’t care what they think. I love this country. I’m grateful to God for America. I could have been born anywhere on this planet, but by His dear grace, I was born in this country where I’ve had freedom. Now I grew up poor, but I’m not poor anymore. And I’m grateful that in this country I didn’t have to stop where I started. And that’s the greatest thing for which all of us can be thankful. We have the right to speak. We have the right to worship as we please. We can get on our knees and thank God.

And by the way, we can get on our knees and protest the flag if we want to. We look like idiots doing it to this country, but we’re free to do that. We’re free to be stupid, and a lot of people are exercising their freedom to be stupid by saying that America is an evil, racist country. And if it’s so horrible. Sean, my simple question to them would be this: Why is there such a long line of people trying to get into this country? They’re willing to break into it and come illegally? There is no line of people who are desperately trying to get out of it.

WATCH THE FULL INTERVIEW BELOW: 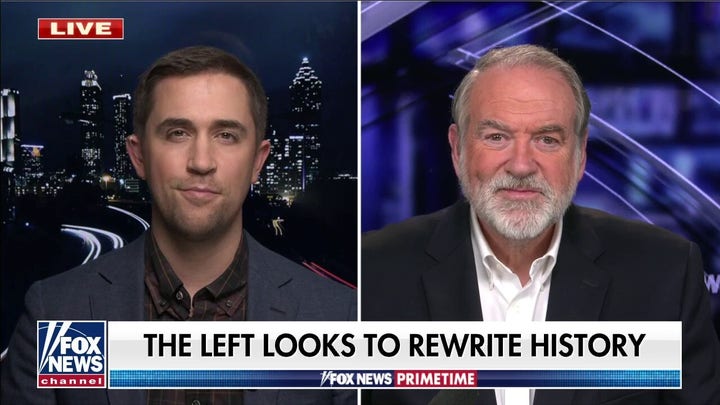