Pompeo discusses Iran, China and the future of the GOP at the Conservative Political Action Conference.

ORLANDO, Fla. – Former Secretary of State Mike Pompeo said on Saturday that the Biden administration has sent “mixed signals” on the Chinese persecution of religious minorities in Xinjiang — and called for the administration to impose “real costs” on Beijing.

Pompeo made the remarks in an interview with Fox News on the sidelines of the Conservative Political Action Conference (CPAC) about whether the Biden administration would follow through on his declaration that China had committed genocide against the Uyghurs.

“The administration to date has sent mixed signals,” Pompeo said. “Secretary [Antony] Blinken, who is my successor, said that he too believed genocide has taken place and was ongoing — Im glad he said that because the facts clearly support whats taking place.”

Blinken said that his judgement is that “genocide was committed against the Uyghurs and that hasn’t changed.” However, U.N. Ambassador Linda Thomas-Greenfield, in her confirmation hearing, said that designation was being reviewed amid concerns that procedures were not followed.

Pompeo had previously expressed concern about comments Biden made about his conversation with Chinese President Xi Jinping, when he said that “culturally, there are different norms that each country and their leaders are expected to follow.” 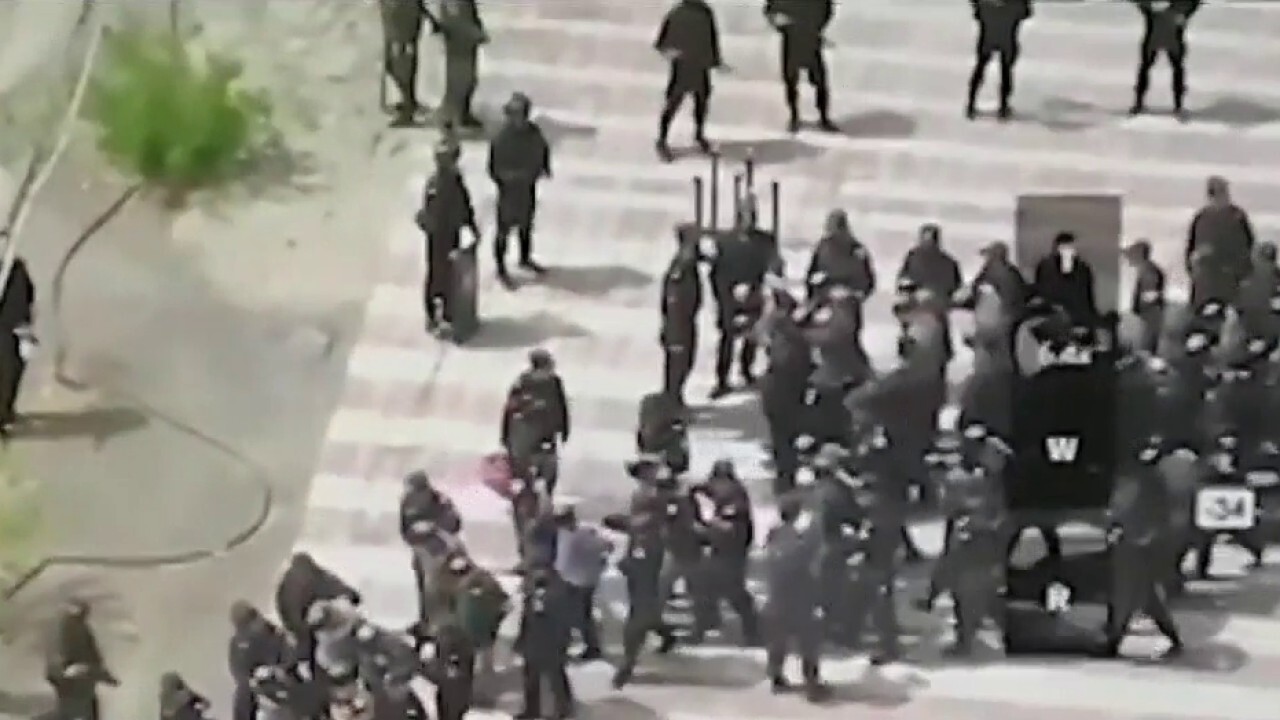 “If forced sterililization and forced labor, separating families, the internment of a million people with the aim of the destruction of people who are non-Han Chinese, if thats not genocide then the world has lost its way,” Pompeo told Fox.

BIDEN LAYS OUT ‘PRESCRIPTION’ FOR U.S.-CHINA RELATIONS IN FIRST CALL WITH XI JINPING SINCE TAKING OFFICE

He went on to say that the administration must respond forcefully to the violations against the Uyghurs.

“So now the responsibility falls to this administration to respond, respond to the genocide that’s taking place, the most egregious human rights violations we have seen since the 1930s anywhere in the world and respond in a way that convinces they Chinese Communist Party that they must stop these practices, and impose real costs until they do,” he said.

POMPEO: SANCTIONS FROM CHINA ARE A ‘MESSAGE’ TO BIDEN ADMINISTRATION

The Trump administration, with Pompeo leading the State Department, took a muscular approach to Beijing, imposing sanctions for its human rights violations and pushing back on its privacy violations and geopolitical maneuverings.

Pompeo told Fox that the communist regime is engaged in a “global campaign to undermine the rule of law and democracy wherever they find it” using tactics like disinformation, stealing intellectual property and using military force.